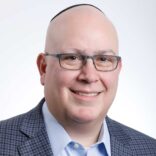 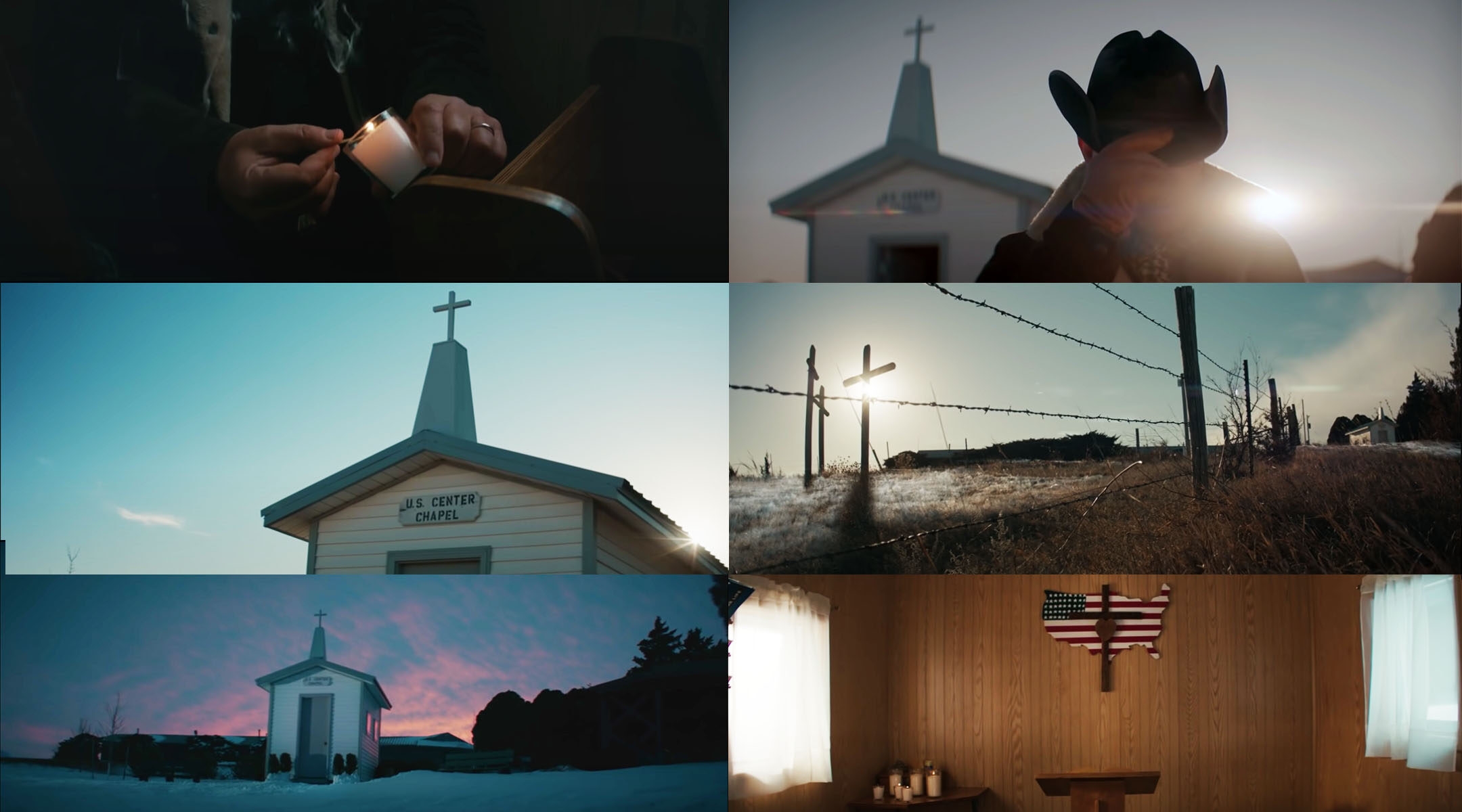 (JTA) — The two-minute advertisement, for Jeep, appeared late in Sunday’s Super Bowl. “The Middle,” narrated by Bruce Springsteen, is a meditation on the theme of national unity.

In the wake of President Biden’s call to honor unity, bipartisanship and civility, the words should have been compelling: “The middle has been a hard place to get to lately,” Springsteen recites. “Freedom belongs to us all. Whoever you are. Wherever you’re from. It’s what connects us.” But before we arrived at this message, I found myself already excluded from the vision being offered.

The literal and figurative centerpiece of the commercial is a chapel in Kansas, located at the geographic center of the 48 contiguous states. And while the ad notes that “all are more than welcome” here, this is an exclusively Christian space. Above the altar we see a map of our nation, painted in flag colors, with a cross and a heart attached to it. Throughout this moving elegy on the challenges of our time, the images shown are those of a singular faith community.

With the election of Biden, a lifelong Catholic and liberal Democrat, we find ourselves in a moment where a progressive expression of faith in public life is enjoying an overdue renaissance.

But we should proceed with caution in embracing faith as a unifying civic principle. Clergy have been at the forefront of justice work in recent years, leading a moral call to restore and reaffirm our nation’s commitment to fulfill the still unrealized promise of America for all of us. As we strive to build a multiracial democracy and an inclusive nation, however, we must reckon with the fact that our country was not built by or for all of us.  Our dominant national culture is very much rooted in Western — and Christian — ideals and imagery.

This Christian dominance can be alien — and alienating — to those of us who come from outside that Christian tradition. But the promise of America for Jews and Muslims, for Hindus and Buddhists, for those of faith and those with none, is built on the ideas of our founders’ vision that people of all faiths are welcome and equal as Americans.

When we abandon this principle, our attempts at unity quickly exclude rather than inspire. The Democratic National Convention last summer kicked off with a montage meditating on the challenges of the past year — the COVID-19 pandemic, racial injustice, violence and economic hardship. Those images were set to “The Rising,” a Springsteen song about our resilience after 9/11. The song tells the story of a New York City fireman climbing the stairs to his own death: “Lost track of how far I’ve gone. How far I’ve gone, how high I’ve climbed.”

Springsteen has described the song as the story of Jesus on the cross, of Jesus resurrected.

“I see you Mary in the garden, In the garden of a thousand sighs” he goes on. Now hear the fireman’s words anew: “How far I’ve gone, how high I’ve climbed. On my back’s a sixty-pound stone … Come on up for the rising.”

I love this song. I weep every time I listen to it. I think about those I knew who died in the towers that day, including New York City Fire Department chaplain Father Mychal Judge, who I had the opportunity to work with and who introduced me for the first time to the grotto of Jesus’ birth when I was privileged to travel with him to Bethlehem. But I also hear the song as situating America’s greatest trauma and its heroes in a faith that does not include me.

The messaging of a major political party during a political convention and a car ad meant to sell Jeeps are very different vehicles. But both are trying to plug into American’s civic faith with troublingly particularist messages. To hear “The Rising” played at the convention, as a call to purpose amid the challenges of 2020, made me question whether and where I fit in.

Such is the challenge of rebuilding an inclusive civic faith rooted in our shared national heritage. I don’t want to rewrite our nation’s history. But I do want to write a future that draws inspiration from all our heritages.

For Springsteen, as for me, faith is powerful and meaningful — something to be honored and affirmed. It enriches his art that inspires and challenges, filling us with ideas and untapping the emotions within us. Yet his religious faith, at least in the American civic tradition, is personal.

As we imagine a renewed civic faith to carry us forward in challenging times, we need not reject who we are – neither as a whole nor in our many parts. We must, however, do a better job of understanding how our faiths may not always invite others to be included in our shared civic space. We must commit to affirming a civic faith that binds us in united purpose, in a language that honors the many faiths and traditions that are woven into the tapestry that is America.

Jeremy Burton
is the Executive Director of the Jewish Community Relations Council of Greater Boston.
The views and opinions expressed in this article are those of the author and do not necessarily reflect the views of JTA or its parent company, 70 Faces Media.