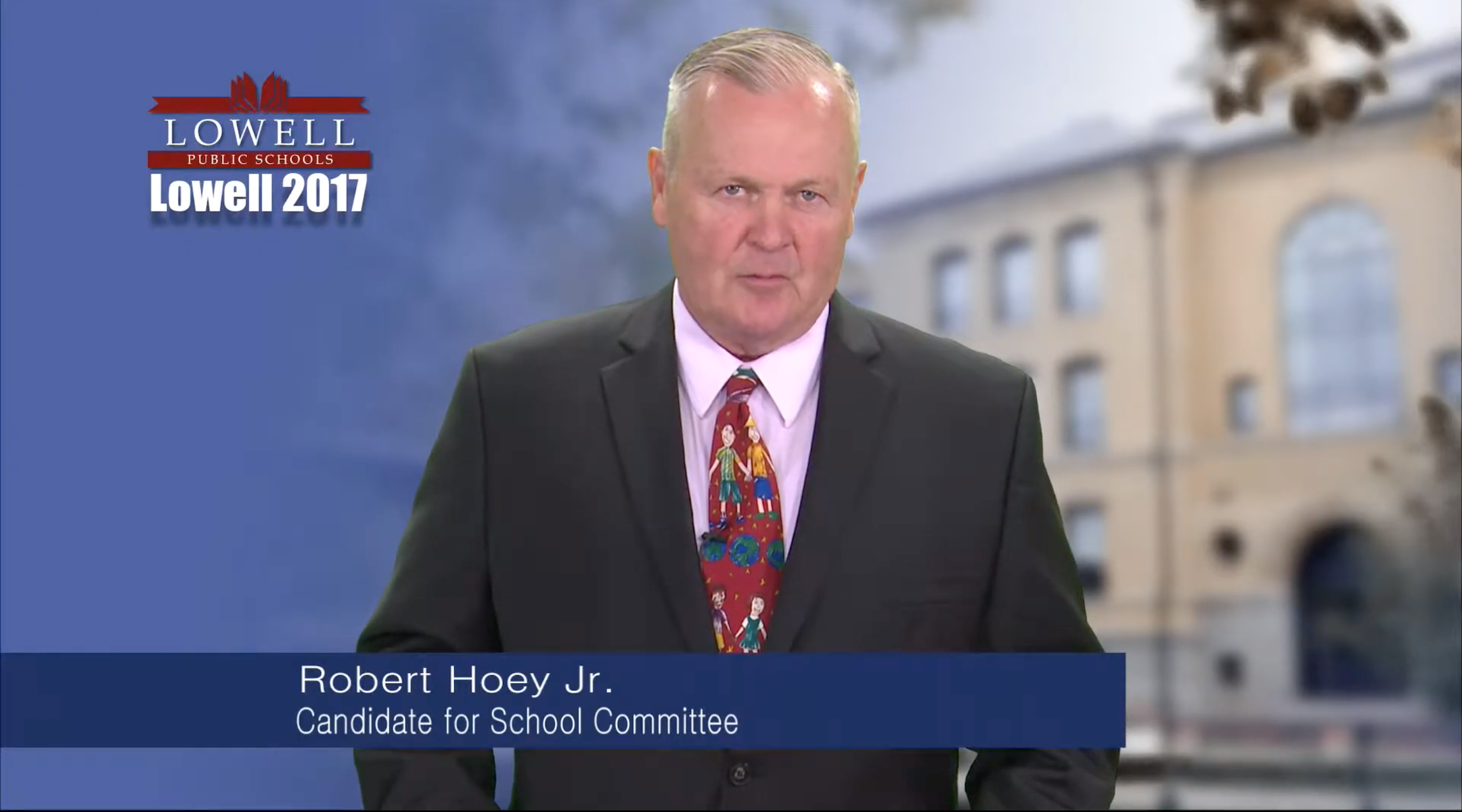 (JTA) — A school board member in Lowell, Massachusetts, called a former school district leader a “kike” on live television, spurring calls for his resignation.

Bob Hoey should step down from the Lowell School Committee, the mayor of the Boston suburb said.

“We lost the kike, oh, I mean, the Jewish guy,” Hoey said Wednesday morning on “City Life,” a news opinion show, according to video posted by the local Jewish Journal. “I hate to say it, but that’s what people used to say behind his back.”

Hoey, an elected official in the city of 111,000, was referring to Gary Frisch, the former CFO of the Lowell Public Schools.

According to the Lowell Sun, the comment followed a lengthy discussion in which Hoey and the show’s host, George Anthes, complained about or denigrated undocumented immigrants, diversity in the local high school’s student government, the concept of “equity,” Indian-American families and U.S. Rep. Alexandria Ocasio-Cortez, a progressive New York Democrat.

Hoey used the slur amid a discussion of school budgets.

Anthes did not react when the slur was uttered, but 15 minutes later, according to the Sun, Hoey said, “I just mentioned something about Gary Frisch, I said a bad name.” Hoey went on to disparage an Arab-American local official and called himself an “Archie Bunker,” a reference to the bigoted TV character from “All in the Family,” then asked whether “white guys” matter.

The Jewish Telegraphic Agency has reached out to Hoey for comment.

Mayor John Leahy called the remark “offensive and repulsive” in a statement Wednesday, and said he would call a joint meeting of the Lowell  School Committee and City Council in order to formally call for Hoey’s resignation.