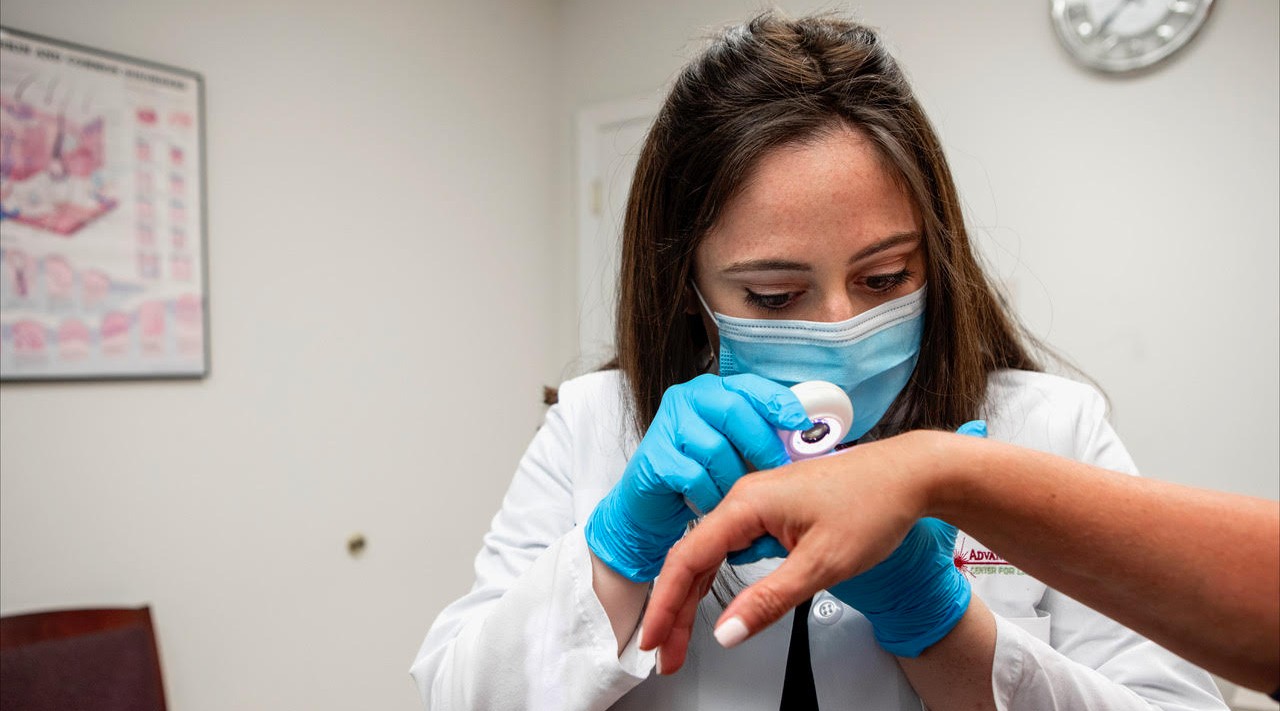 Tamar Mermelstein, 29, a physician's assistant in New Jersey, is one of many Touro graduates who have made their careers in health care. (Touro)
Advertisement

Aaron Skaist, 26, has been around ambulances and medical personnel most of his life. His father established Toronto’s first Hatzoloh volunteer paramedic service 18 years ago.

So when Skaist, who got his undergraduate degree in biochemistry at Touro’s Lander College and is planning to study at the Touro College of Osteopathic Medicine, decided recently that he wants to go into emergency medicine, it wasn’t a shock to his family.

“Learning biochemistry in the time of the pandemic made it more interesting,” said Skaist, who lives in Monsey, New York. “It was the behind-the-scenes that influenced me, and I really became sold after I shadowed a doctor in the emergency room at Orange Regional” — a hospital in Wallkill, New York, now called Garnet Health Medical Center. “That’s when I saw the impact ER doctors can have on patients.”

The pandemic has inspired countless young people to pursue careers in health care, many out of a desire to help at a time when COVID-19 has claimed over half a million American lives.

At the Touro College and University System —a network of 35 schools that includes 10 in medicine and health care offering pathways to careers as physician assistants, doctors, nurses, speech pathologists, public health workers, biostatisticians, medical ethicists, physical and occupational therapists, and more — interest in the health sciences is at record highs.

Touro, founded under Jewish auspices, offers a variety of accommodations that help Orthodox Jews pursue degrees without compromising their religious values, such as Sabbath-observant medical residency programs, colleges with night classes that work around the schedules of yeshiva students, kosher dining halls and recesses during Jewish holidays.

“Over the next several months, as the long-lasting impacts this pandemic is having on people become front-page news, it’ll likely encourage a surge in some of the professions — like occupational therapy, speech therapy and mental health counseling — that deal with the long-term effects of COVID-19,” Molinsky said. “Students have seen the value of caring frontline workers, and desire to step up to the plate and join that hero group.”

“We’ve seen a lot more interest in infectious diseases, public health, vaccinology, clinical microbiology and immunobiology,” said Dr. Edward Halperin, CEO of New York Medical College. “We saw this with Legionnaire’s disease and, later on, AIDS. Every time we have an outbreak of a new infectious disease like this, people get excited and turn their focus to it.”

Touro graduates about 500 MDs and doctors of osteopathic medicine every year — about 2% of the U.S. total of 26,000. The school estimates that about 25% of its students are Jewish, most of them religiously observant.

“For a medical or dental student who doesn’t want to worry about exams on Rosh Hashanah or a glatt kosher cafeteria, we’re very much a niche market,” Halperin said. “Ours is the only dental school outside Israel under Jewish auspices.” 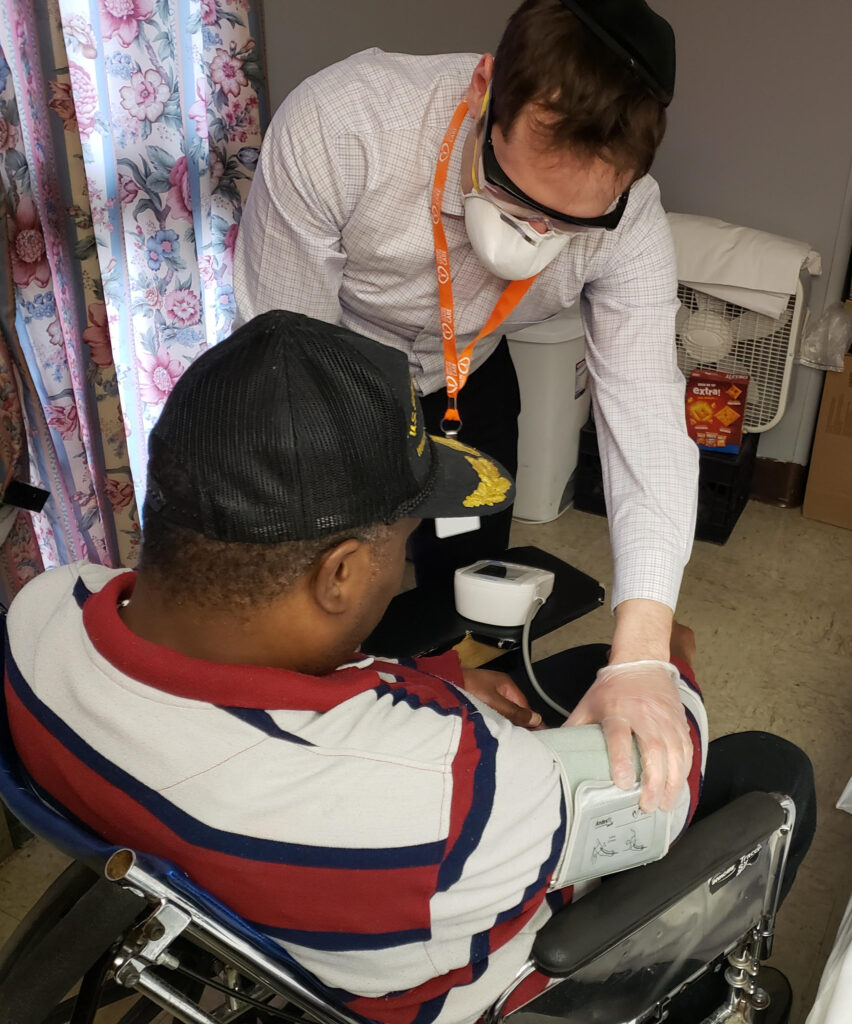 Aaron Skaist, a student at the Touro College of Osteopathic Medicine, says he was motivated to pursue emergency medicine by the opportunity to make a difference. (Touro)

The excitement around health science professions might be a result of the Fauci effect, some theorize: Young people want to emulate Dr. Anthony Fauci, the nation’s top infectious-disease expert.

“Some people have a romanticized view of medicine,” said Halperin, a pediatric radiation oncologist. “When I was younger, the romanticized view was the ‘ER effect’ named after the television show of that time. Some young people saw attractive TV stars portraying emergency room doctors and thought being a doctor was cool.”

But Halperin believes that two alternative possibilities may also explain the upsurge in MD applications.

First, students are now spending more time at home, which gives them more time to submit online applications without having to travel for interviews. This is happening not only with medical schools but at some undergraduate schools. The surge in applications may also be the outcome of some schools scrapping the standardized testing requirement for admission.

A second possibility may be the stability and decent pay that careers in health sciences offer.

“Health care is sometimes viewed as a safe haven in a difficult economy,” Halperin said. “When the economy takes a downturn, some young people start looking for jobs where they won’t get furloughed instead of going to law school or getting an MBA. This is not an appropriate motivator to become a doctor in my judgment, but it may explain their behavior.”

Tamar Mermelstein, 29, is a physician’s assistant at Advanced Dermatology PC in Clifton, New Jersey. She graduated from Touro in 2017 and is now a midlevel practitioner who sees 30 to 50 patients daily with problems ranging from acne and warts to melanoma. With emergency rooms full of COVID-19, keeping other urgent problems out of the ER is more important than ever, she said.

“Although we don’t see coronavirus patients, as a health care provider I feel that patients look up to us and respect us a lot more now,” Mermelstein said. “We’re developing a closer relationship with our patients than before.”

Skaist said he was motivated to pursue emergency medicine by the opportunity to make a difference.

“When patients come into the ER, they’re suffering from acute or chronic conditions and are often scared and confused,” he said. “The chance to be able to put patients at ease at the same time you’re treating their condition is unique to emergency medicine. You have the ability to impact their whole healthcare experience.”

At its essence, Skaist said, medicine is about caring for people —a core Jewish value. For many who go into health care professions, the job isn’t just a career but part of a Jewish calling to help people.