This rabbi has seen the future, and it sounds like Clubhouse 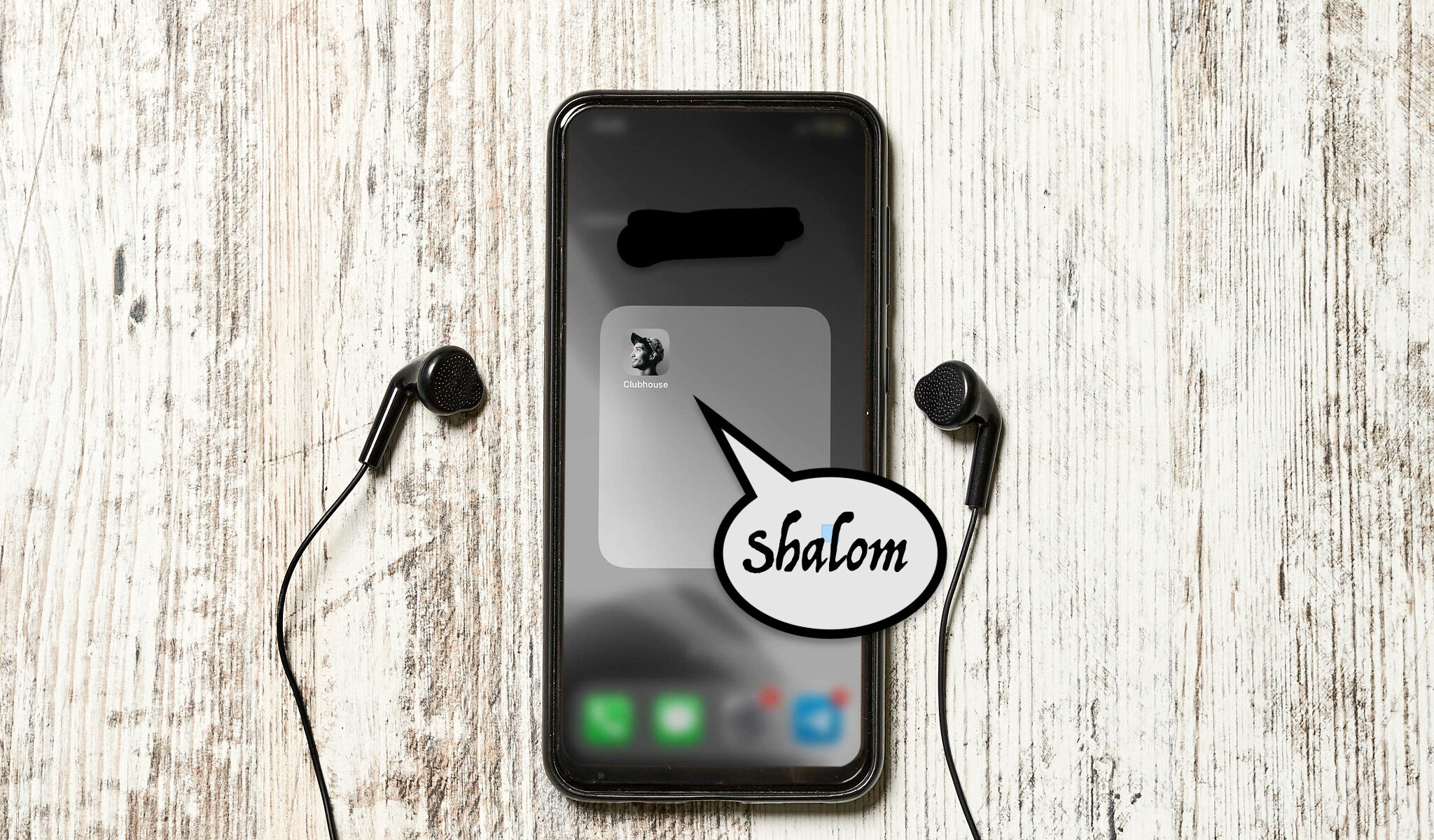 This op-ed first appeared in The Jewish Week.

“A Chabad rabbi and Reform rabbi walk into a club” sounds like the beginning of an old, tired Jewish joke. Yet this actually happened to me through the new social media app Clubhouse, when I entered a virtual discussion room hosted by a Chabad rabbi. What ensued was an intriguing dialogue that has left me contemplating the potential of this application for learning, dialogue and outreach.

Clubhouse is an invitation-only social media application through which users join virtual rooms for dialogue through their iPhones. Users move seamlessly through virtual rooms to listen and discuss topics such as entrepreneurship, marketing, culture and, in my case, Judaism. It is like an interactive podcast. Clubhouse’s appeal as an audio-only application is reflected in its subscription of 10 million users, an increase of 8 million users since January. It is now the fifth most popular downloaded app through Apple.

The Clubhouse room I entered had the approximate title of “Vashti as the unworthy Jewish heroine of modernity.” As I joined the virtual room, I was prepared to defend the oft-maligned Vashti — the queen banished by an angry King Ahasuerus — as the unsung heroine of the Purim story.

Instead, the Chabad rabbi and host provided background about Vashti that was unfamiliar to me: a midrash saying that during her time in the palace, Vashti had enslaved other Jewish women. I was immediately skeptical and was ready to argue … until I looked up and read Megillah 12b. Here, the Talmud does in fact state that Vashti had previously enslaved and humiliated Jewish women, and therefore, being asked to abase herself before King Ahasuerus was a punishment “measure for measure.” However, Megillah 12b provides other reasons for her refusal to display herself before the king and his court, including that she suffered from a case of leprosy.

The Chabad rabbi called on me and asked for my opinion. I acknowledged that the Talmud and other commentaries provide multiple reasons for Vashti’s refusal, and we each need to discern which explanations provide truth for us. I also shared that through this discussion room, I had learned something new about Vashti and the Talmud. This experience reminded me of the famous teaching that wise people learn from every person (Pirke Avot 4:1) and how much there is to learn from new, virtual forms.

Clubhouse provides an intriguing virtual platform for dialogue. I have listened and engaged in discussions about Judaism, Israel and anti-Semitism. Participants on Clubhouse reflect a wide range of ages and demographics, a more diverse population than is typically found in Jewish institutions.

Seth Cohen, the founder of Applied Optimism, a community and experience consultancy with a focus on supporting organizations in the Jewish community, has observed that Clubhouse is drawing a younger audience than is often found in our established institutions.

“Clubhouse provides a frictionless, inclusive and low barrier environment in which one can explore their Jewish identity in both meaningful and deeply personal ways,” according to Cohen.

Clubhouse began with a small membership of prominent tech investors. As it started opening up, general users who joined the platform helped its popularity surge. Today it represents a “grassroots initiative led by people,” according to Tori Greene, an administrator of the Shabbat Shalom club on Clubhouse, which has 11,000 members and followers.

Greene also points out that Clubhouse is not an intentional Jewish space but a virtual space with Jewish content, and users easily gain access to a variety of different perspectives on ideas and values that they may not encounter from in-person forums, possibly a part of its appeal. As Cohen summarized, “Clubhouse is not an end … but rather the beginning … of ways to foster a playful, experimental way to engage others Jewishly.” We can learn a lot about successful Jewish engagement simply by scrolling through Clubhouse, listening in on the rooms with Jewish content and observing the participation of Clubhouse users.

The Talmud teaches that if you want to learn about a new practice, go out and see what the people are doing (Menachot 35b). During these past few weeks, I have seen and heard that our people are on Clubhouse. As Rabbi Hillel wisely advised us, “Now go and learn” (Shabbat 31a).

Rabbi Wendy Pein and Seth Cohen will appear in a Clubhouse room titled “A roomful of rabbis talking about the Jewish future” at 8:30 p.m. March 17.

Rabbi Wendy Pein
is the director of congregational learning at Temple Israel of Northern Westchester (TINW) in Croton-on-the-Hudson, New York. Join her and Seth Cohen in a Clubhouse room on March 17 at 8:30 pm, titled "A roomful of rabbis talking about the Jewish future."
The views and opinions expressed in this article are those of the author and do not necessarily reflect the views of JTA or its parent company, 70 Faces Media.