Jews know the frustration of rising anxieties falling on deaf ears. We must ensure that Asian Americans are heard. 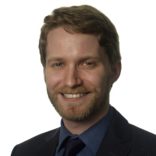 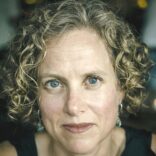 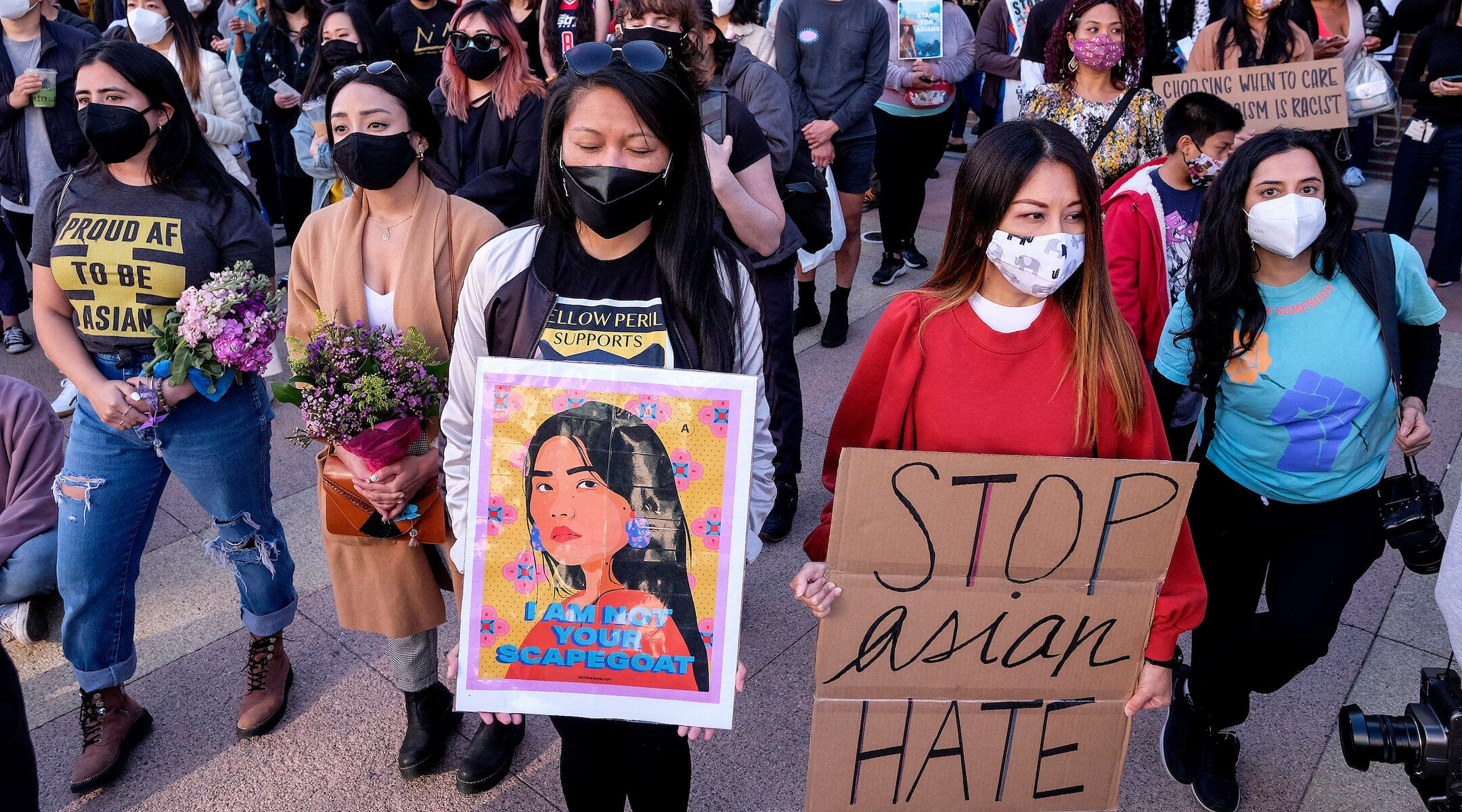 Demonstrators at a rally to raise awareness of anti-Asian violence at the Japanese American National Museum in Los Angeles, March 13, 2021. (Ringo Chiu/AFP via Getty Images)
Advertisement

(JTA) — One year ago, we addressed Jewish concerns and response to the violence and xenophobia directed at Asian Americans at the start of the coronavirus pandemic. Our organization, the American Jewish Committee, all too familiar with discrimination and violence directed at our community and dedicated to the protection of all minorities, has long recognized that conspiracy theories and rhetoric often lead to deadly violence.

That we should speak out in condemnation of hate and in support of the Asian-American community was clear.

We hoped we wouldn’t need to say more. But tragically, one year later, the problem has intensified.

On Tuesday, the nation witnessed a terrible flashpoint: a shooting spree in Atlanta left eight people dead, including six Asian-American women. Our colleagues in Atlanta and across the country joined the Asian-American community and others in condemning this horrific act of violence. Regardless of the motives of the shooter, which are still being investigated, there is no denying that Asian-American women were the victims and that their murder reflects a rising public crisis and increasing — and legitimate — fears among Asian Americans across the country.

The Atlanta attacks were the latest in a year of unprecedented assaults on Asian Americans. Stop AAPI Hate, a coalition that documents anti-Asian hate and discrimination, recorded 3,795 reported hate incidents from March 19, 2020 to Feb. 28, 2021. This represents only a fraction of the real crimes against Asian Americans that for a variety of reasons go unreported. The New York Police Department recorded a 1,900% increase in anti-Asian hate crimes in 2020, and other cities in the U.S. posted similar statistics. Asian-American women are targeted more than twice as often as men, and more than 125 reported cases have involved senior citizens. The rising numbers leave no room for denial that the prejudice and violence that Asian Americans face is real and worsening, and that Asian Americans are increasingly — and for good reason — afraid.

In AJC’s 2020 report on the State of Antisemitism in America, we found a stark contrast in perceptions of the threat of anti-Semitism by Jewish and non-Jewish Americans: 88% of American Jews saw anti-Semitism as a problem in the U.S. today, as opposed to 62% of the general public. And 82% of American Jews saw anti-Semitism increasing, whereas only 43% of the general public agreed with that perception. Most alarmingly, the poll findings indicated that Jews themselves were not trusted as being legitimate arbiters of what is anti-Semitic, but that others are better equipped to define anti-Semitic rhetoric, motivation and acts.

Many non-Asian commentators downplay or blatantly deny the xenophobia and racism and ensuing dangers to the Asian-American community. A dismissive attitude prevails, with claims of discrimination by Asian Americans, who, like Jews, have been viewed as a “model minority” thriving in this country, are frequently diminished or ignored, if not ridiculed.

American Jews know the frustration of rising anxieties falling on deaf ears. We must ensure that Asian Americans are heard, respected and supported. With thousands of discriminatory acts on record, including the last months’ multiple reports of violence against Asian Americans across the country, some caught on camera, there can be no denying that anti-Asian rhetoric and violence is a real and dangerous problem.

How can the Jewish community help?

First, we must ensure that all know how to report a hate crime, as a victim or a witness, and that we are equipped to accurately communicate that information to law enforcement and others. More accurate reporting underlines the gravity of the situation and the need for action, and it ensures accountability for perpetrators.

Second, we must urge elected officials to pass legislation that will support and protect minorities. AJC has spearheaded an effort, with over 150 Asian-American and other community organizations, advocating for Congress to pass the Jabara-Heyer National Opposition to Hate, Assaults, and Threats to Equality (NO HATE) Act. This legislation will improve hate crime reporting through state and local grants for law enforcement training, allowing for the creation of hate crime hotlines, increasing resources to liaise with affected communities and conducting public educational forums on hate crimes.

Third, we must continue to express solidarity with and truly listen to our friends and partners in the Asian-American community, including the many Asian-American Jews who are experiencing rising hate doubly. Amplifying their voices and ensuring that their stories are heard is critical to garnering public understanding and support. Ask how you can be useful at an organizational or individual level, and act accordingly.

Jews understand that silence at times like these is complacency. We must not be silent. We must not be complacent. American Jews will stand with Asian Americans as we have historically and into the future, not only hoping for but actively seeking a better future for all.

Shira Loewenberg
is director of the American Jewish Committee's Asia Pacific Institute.
The views and opinions expressed in this article are those of the author and do not necessarily reflect the views of JTA or its parent company, 70 Faces Media.