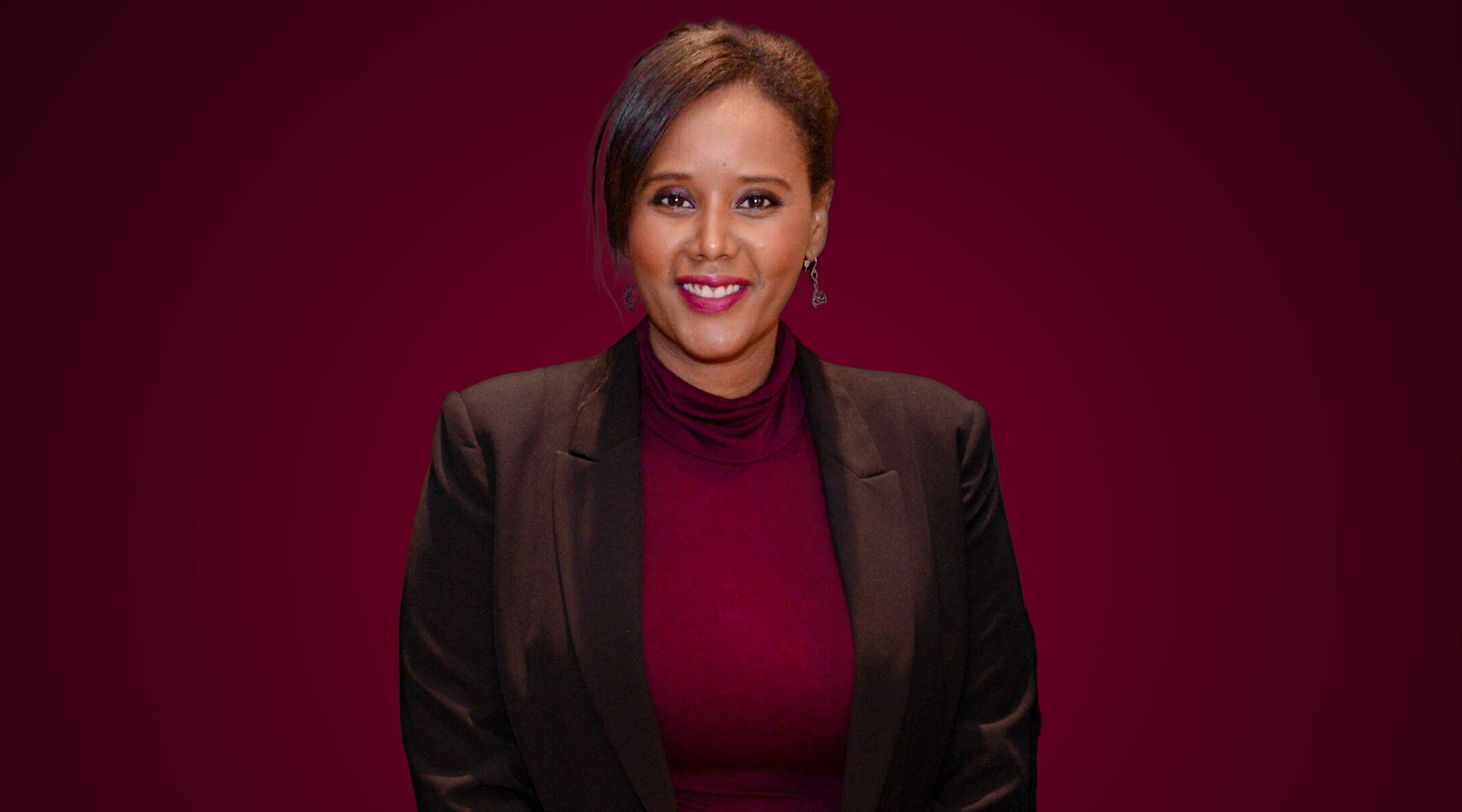 (JTA) — To immigrate to Israel from Ethiopia, Pnina Tamano-Shata’s family had to trek on foot through the desert to Sudan in the middle of a famine.

Later, the truck bringing her mother and two of her sisters to the airfield broke down. It wasn’t until the plane doors closed that Tamano-Shata realized that they would not be traveling with her, her father and the rest of her family. She was 3 years old. It would be a year before she saw her mother again.

But Tamano-Shata still describes the experience in magical terms. So when, 36 years later, as Israel’s immigration and absorption minister, she was tasked with deciding whether to allow immigration to Israel during the pandemic last year, it was a no-brainer. She kept the gates open.

“Even in wars, we didn’t stop aliyah,” Tamano-Shata, 40, said recently in a Zoom interview with the Jewish Telegraphic Agency, using the Hebrew term for Jewish immigration. “We came here from the Iron Curtain, from Arab countries, from Ethiopia. The corona is going to stop us?”

When Tamano-Shata tells her story, and connects it to Israel’s present challenges, it doesn’t come across as overwrought. The first Ethiopian Jew to serve in an Israeli Cabinet, she came to Israel on Operation Moses, the secret 1984 mission to bring Jews who had crossed the border into Sudan to Israel. The harrowing experience, and her joy upon reaching Israel, irrevocably shaped her.

“Our dream came true,” she said in a 2018 video, recorded before she was a minister. “It was a dream with challenges, that separated families, but I was so lucky, and my family was reunited. Anyone who has made aliyah, even at a very young age, [it] shapes your character for life.”

She added, “I felt Israeli the moment my foot touched this country.”

Now, as the official in charge of Israel’s immigration system, she wants to make sure that those arriving during the pandemic would feel the same magic. According to the Jewish Agency for Israel, a quasi-governmental organization that assists with immigration, aliyah dropped 40 percent through the pandemic, but did not grind to a halt.

“I know what difficulties there are in coming to Israel, to a new country and a new language,” she said.

Tamano-Shata made sure immigrants could make it to Israel despite global travel restrictions. With commercial flights shut down, she worked with immigration-promoting groups like Nefesh b’Nefesh to allow immigrants to nonetheless enter the country. And she exempted immigrants from a ban on people older than 70 flying into the country. She said the exemption allowed some Holocaust survivors to immigrate to Israel.

She also tried to ease the acclimation of immigrants after they landed. She got the government to fund half the salaries of new immigrants as a hiring incentive for employers who were already squeezed by pandemic shutdowns. She expanded free Hebrew classes for immigrants from two-and-a-half years to 10 years. She made sure that the new immigrants were eligible for pandemic-related grants and loans. When the Health Ministry said it offered counseling in French, English, Amharic and Russian, she made sure services in those languages were actually available.

And she ensured that immigrant children were among those eligible to attend in-person classes during the pandemic. Otherwise, she said, their socialization during remote school would be daunting. 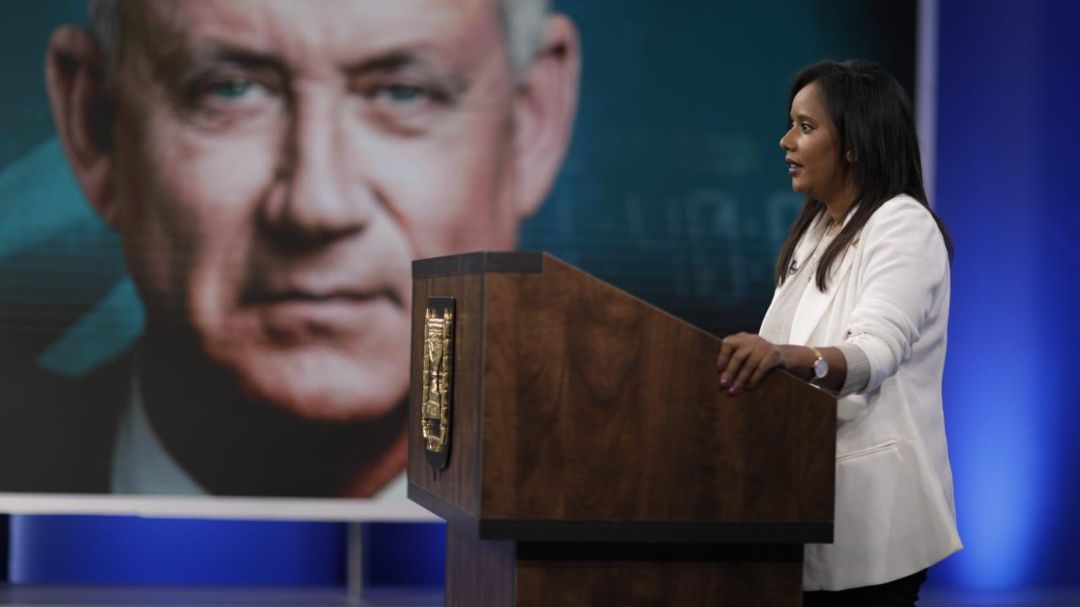 Tamano-Shata is a throwback to a period of Israeli history when celebrations of the very act of aliyah were commonplace, when the immigrant was a star, a tradition that has diminished to the point that Israeli Prime Minister Benjamin Netanyahu reportedly has told associates that he was not enthusiastic about Jews from other countries arriving because they would likely bring their liberal politics with them.

For Tamano-Shata, a member of the centrist Blue and White Party headed by Defense Minister Benny Gantz, that’s far from the only problem with Netanyahu. After her family immigrated, she emerged as a youth activist in the central Israeli city of Petach Tikva, where her family had settled and where she still lives with her husband and two kids. She advocated on behalf of the Ethiopian-Israeli community at university, where she studied law, then worked as a TV reporter before being elected to Israel’s parliament, the Knesset, in 2013 with the centrist Yesh Atid party.

In 2019, Blue and White came close to replacing Netanyahu’s Likud as Israel’s ruling party, but later joined Netanyahu’s coalition in order to help fight the pandemic, which led the party to splinter. Now Blue and White is fighting just to make it into Knesset in Tuesday’s election — the fourth Israeli election in two years. The latest polls show it just squeaking by, which would mean Tamano-Shata gets another term as a lawmaker, if not a minister.

Blue and White sees her compelling story and her activism on behalf of immigrants as a means of getting enough votes to survive.

Ahead of the election, Tamano-Shata beamed a message of hopefulness, seeking to revive the quality that helped propel Gantz and Blue and White to its brief moment of glory. And she made sure to emphasize her policy differences with Netanyahu — slamming him for slamming the recent Israeli Supreme Court decision expanding recognition of non-Orthodox Jewish conversion.

“There should be more opportunities for conversion. There are no monopolies on Judaism,” she said, noting that there are elements of the Orthodox rabbinate who once stood in the way of Ethiopian immigration. “We need the Diaspora, we want their comment on aliyah and absorption issues. The Diaspora is not waiting for the government of Israel, it is wrapped inside it.”

Tamano-Shata is an embodiment of that argument — as the first Ethiopian Israeli to take a leading position in Israel’s government. She recognizes how significant that achievement is, but says she is more defined by her Jewishness — her own aliyah.

“When I saw Kamala Harris” being sworn in as vice president “it made me so emotional, knowing that her parents fought for civil rights in the time of Martin Luther King. To see a black woman as vice president is so important to all little girls of color throughout the world,” she said.

“I have so many identities, Jewish, woman, Black, but my first identity is Jewish — you can’t not say that being a Black woman influenced me, but my home is the Jewish heart.”