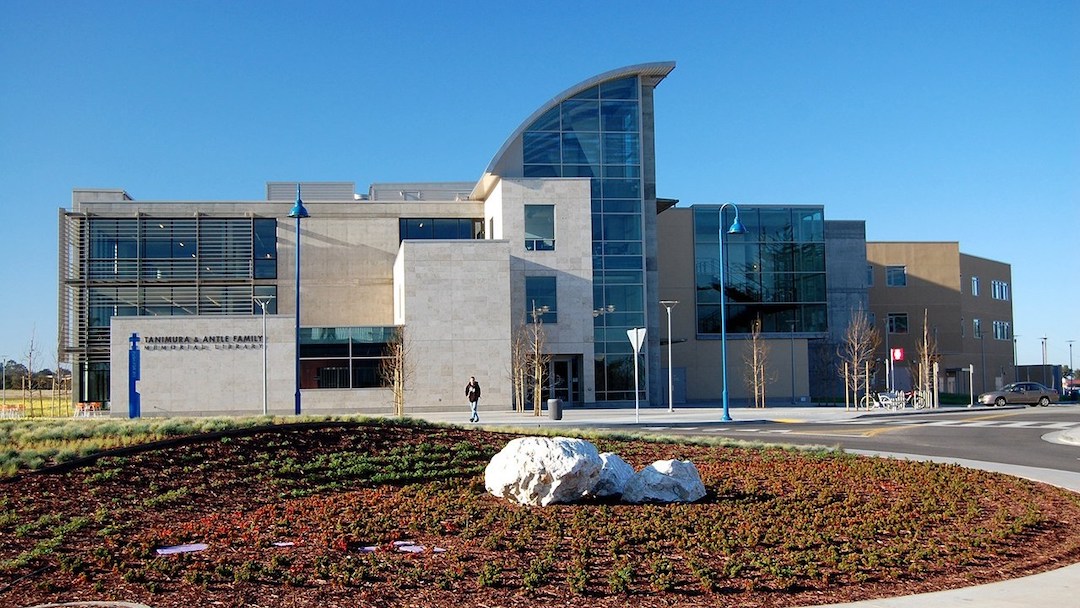 (J. the Jewish News of Northern California via JTA) —When former Cal State Monterey Bay graduate student Thomas Shefflette was arrested at his campus apartment in February on weapons-related felony and misdemeanor charges, police also reportedly found a swastika taped to his wall and a photo of Hitler.

Shefflette, 36, was arrested at the East Campus complex on Feb. 10 after campus police, accompanying the Monterey County Sheriff’s Office to issue an eviction notice for unpaid rent, ended up finding a loaded 9 mm handgun, a “large quantity of AR-15 weapon parts” and parts for the assembly of a ghost gun, a handmade weapon that lacks any serial number, in Shefflette’s truck and apartment.

Authorities said they found chemicals and wires in the home prompting them to call in the bomb squad, but no bomb-making materials were found.

At the town hall meeting, which was posted to YouTube on March 16, Cal State Monterey Bay Public Safety Chief Earl Lawson said the ongoing investigation had so far found no evidence that Shefflette was associated with any hate groups.

Santa Cruz Hillel, which is affiliated with the campus in Seaside, did not provide a comment in time for publication. The university’s public safety department did not respond to a request for more information about the case.

“Though we agree that there is no place for racism on campus, incredibly poor taste does not constitute a crime,” Lawson said during the town hall meeting, referring to the Nazi material. He said the university is asking the county district attorney’s office to issue a stay-away order so Shefflette, who is out on bail, cannot step onto the campus.

After Shefflette’s arrest, rumors and speculation spread around campus, prompting the town hall. Eduardo Ochoa, president of California State University, Monterey Bay,  said the campus community had not been notified about the incident initially because authorities determined that Shefflette did not present an immediate danger. Lawson said he was likely selling the gun parts to earn money.

According to Monterey County Weekly, Shefflette owned a pickup truck with “Liberal Tears for America” painted on the back window and a Trump flag. In November, someone stole the Trump flag and pasted on a sign that read “This machine supports a Fascist #votehimout.” Shefflette responded by putting up three new signs that read “RX my flag or hell,” “Oppressing a viewpoint real fascism meet here at 6pm Fri” and “We will see who is the real fascist.” A neighbor, Sol Rivera, said she called the police multiple times about Shefflette’s activities.

Shefflette’s LinkedIn profile says he received an associate degree from Cabrillo College in Aptos in 2011. In 2014, he completed his undergraduate degree at CSU, Monterey Bay, and was pursuing an MBA at the time of his arrest. He is no longer enrolled in the program. His job history includes bartending and political campaigning.

Established in 1994, Cal State Monterey Bay had 6,478 undergraduate and 727 graduate students registered as of fall 2020.