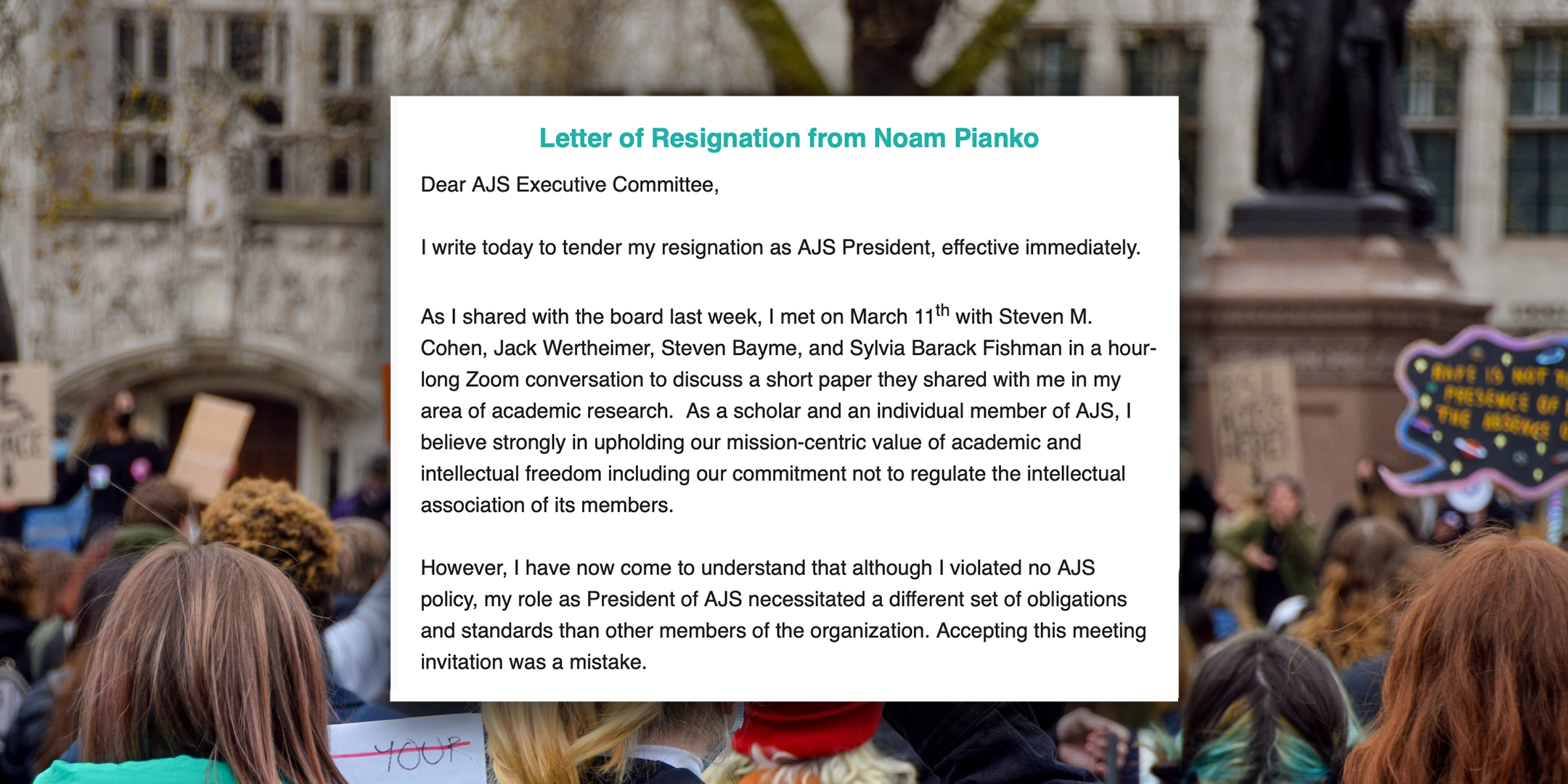 Hundreds of people gathered in Central London to protest against harassment of women. (Photo by Vuk Valcic/SOPA Images/LightRocket via Getty Images/Illustration by Grace Yegel)
Advertisement

(JTA) — The president of the Association of Jewish Studies has resigned after revealing that he met with Steven M. Cohen, the Jewish sociologist who was accused by multiple women of sexual misconduct in 2018.

Cohen resigned from his formal positions at multiple Jewish institutions amid those allegations but had recently been meeting with Jewish studies scholars and communal leaders, including Noam Pianko, a professor of Jewish studies at the University of Washington and the president of the academic association.

The meetings drew widespread condemnation, with over 500 rabbis and 100 rabbinical students signing letters criticizing attempts to “rehabilitate” Cohen before he had fully repented for his actions. The Association of Jewish Studies’ women’s caucus also condemned the meetings.

“Accepting this meeting invitation was a mistake,” Pianko wrote in a letter to the association’s executive committee, which the committee shared when it announced his departure in an email to members Tuesday morning.

“As a scholar and an individual member of AJS, I believe strongly in upholding our mission-centric value of academic and intellectual freedom including our commitment not to regulate the intellectual association of its members,” Pianko wrote. “However, I have now come to understand that although I violated no AJS policy, my role as president of AJS necessitated a different set of obligations and standards than other members of the organization.”

Pianko’s resignation marks the first in connection with the Cohen meetings, which the once-celebrated scholar held with three colleagues. In his letter of resignation, he acknowledged the women’s caucus’ statement.

“Over the last two weeks, I have listened carefully to colleagues who have made public statements and with those who have shared their perspectives with me privately,” Pianko wrote. “I am grateful to the Women’s Caucus for their clear articulation of the implications of such a series of meetings.”