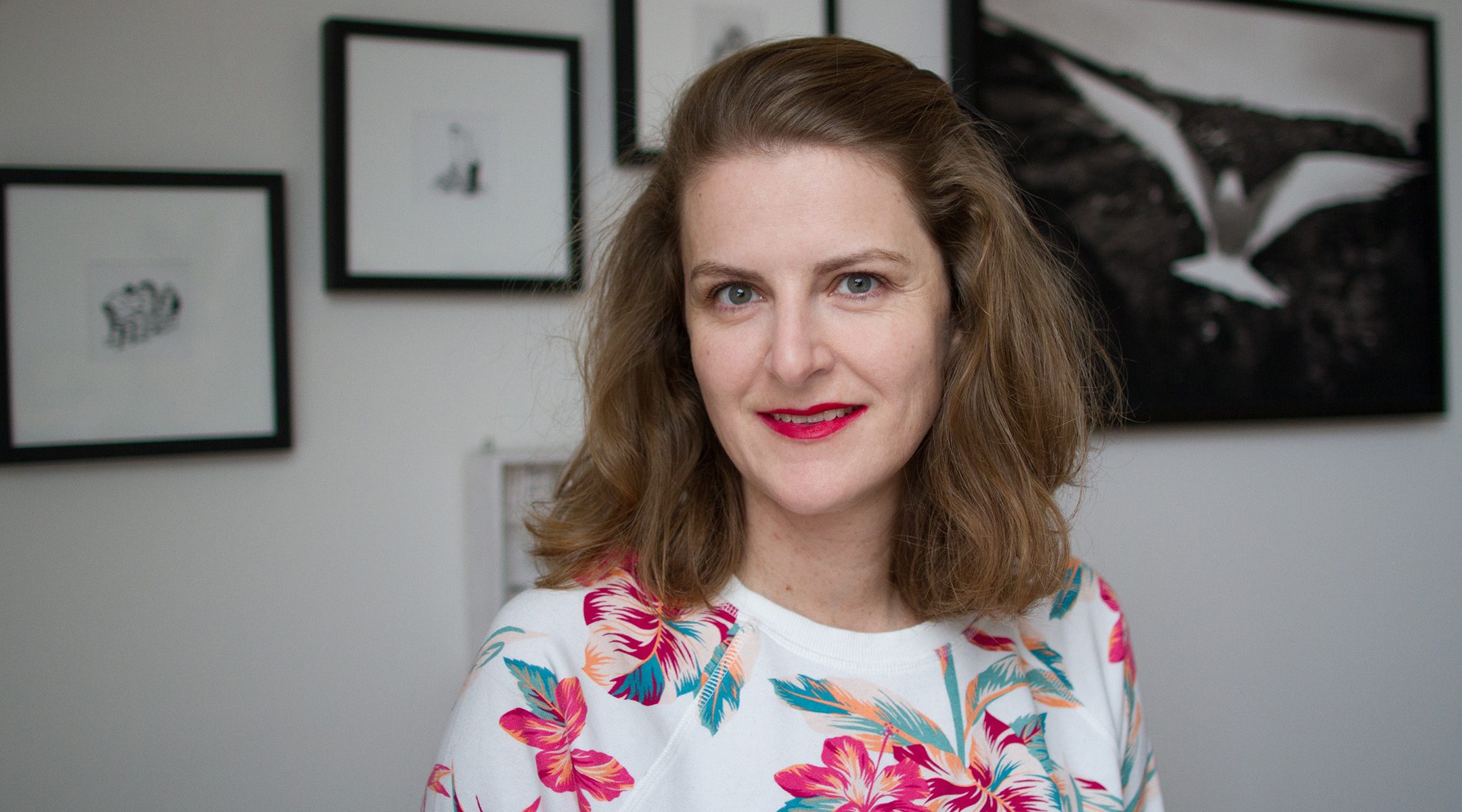 Pavlina Šulcová, the founder of JCC Prague, at her apartment in the Czech capital in 2020. (Courtesy of Šulcová)
Advertisement

(JTA) — In early 2020, Pavlina Šulcová was on the verge of making history in her hometown: She had identified a space that could house the Czech Republic’s first modern Jewish community center.

The building, nestled amid the maze of red roofs, alleyways and bridges that make the Old City of Prague an enduring tourist attraction, was charming. Constructed in the 18th century, it had both an atrium and a garden. Best of all, it was affordable.

Šulcová had just returned from a decade-long stint working in Tel Aviv for the Ministry of Foreign Affairs of the Czech Republic. She knew she had found a location that could help her inject some of the vitality of Jewish life in Israel into Prague’s Jewish community.

But then COVID-19 hit. Around the world, Jewish community centers shut their doors, canceled their programs and laid off their staff.

Šulcová might have taken the pandemic as a sign to slow down. Instead she changed gears — pressing forward with an online-only JCC to serve the roughly 7,000 Jews in her country. It was the only JCC to launch last year, according to JCC Global, a nonprofit seeking to connect more than 1,000 JCCs worldwide.

“I don’t like waiting. Especially when I don’t know how long I’ll need to wait,” Šulcová said.

The virtual Prague JCC has launched a popular podcast on Judaism in Czech; given children access to Jewish-themed videos; and offered cooking lessons for making Jewish food at home. For Passover, the organization produced a cartoon Haggadah — the first text for the holiday printed in years in the Czech language.

Šulcová’s impatience, a longtime trait that she said was only exacerbated in Israel, was not the only reason for her team’s sense of urgency. They also knew that Prague was home to a substantial number of people whose Jewish identity had been attenuated because of the Holocaust and the subsequent decades spent under communism. Those people were aging, and if there was any prospect of reigniting their Jewish connections, it had to happen quickly. 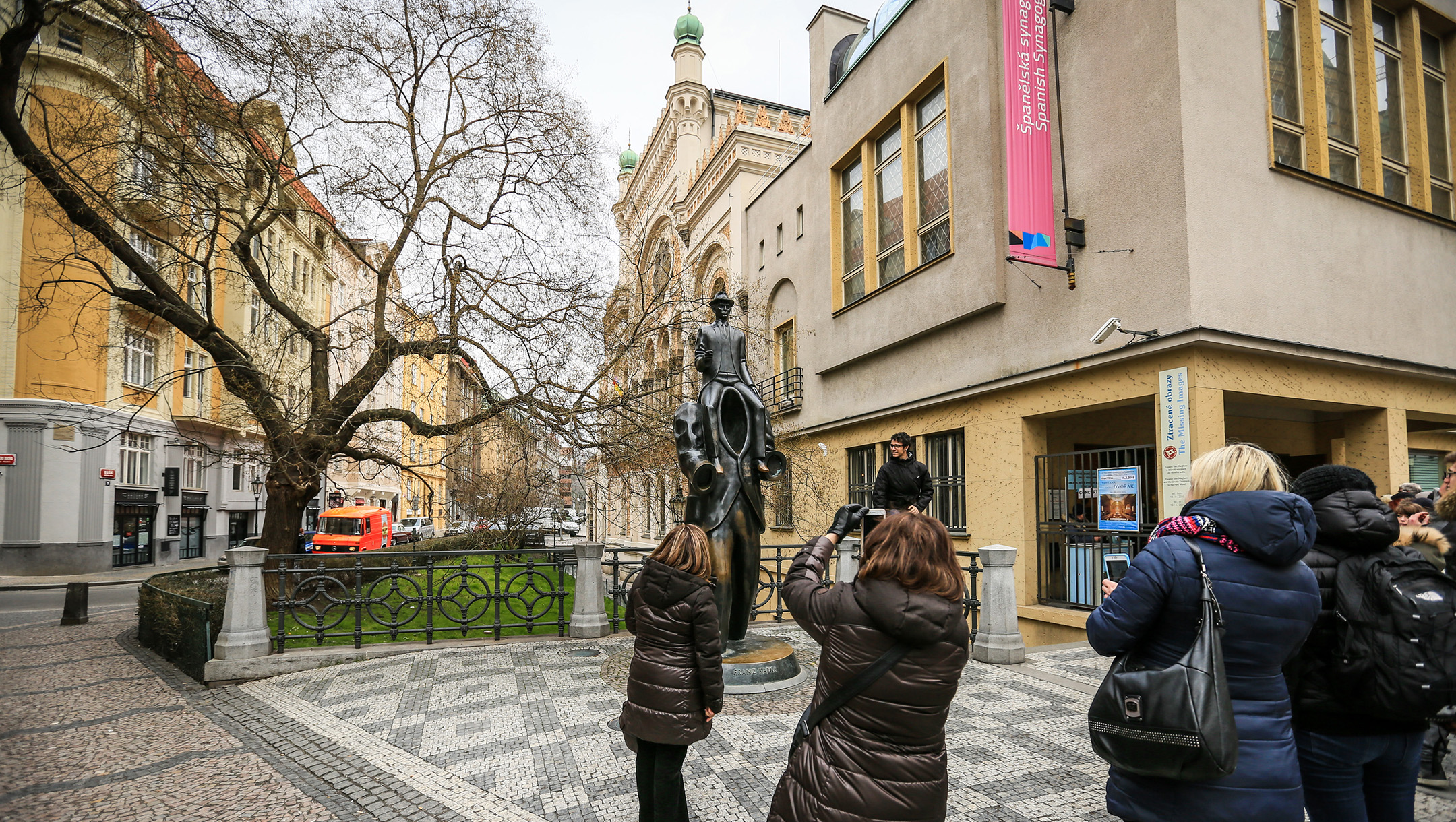 Tourists stand outside the Spanish Synagogue of Prague, the Czech Republic, on March 16, 2016. (Aziz Karimov/Pacific Press/LightRocket via Getty Images)

“There’s no time to lose,” said David Hercky, the chairman of the Israel-Czech Chamber of Commerce & Industry, who sits on the board of JCC Prague. “When we set out, the goal was to reach not only Jews who are Jewish according to halacha,” or Jewish law, he said. “We need to reach also people with a sentiment for Judaism and Jewish roots.”

Hercky pointed to the example of a senior Cabinet minister who told him several years ago that his maternal grandmother was Jewish — making him Jewish according to Jewish law — but that he himself was not. The JCC could engage people like him, Hercky said.

“We’re losing people each day,” he said. “There’s now a closing window during which we need to draw them near to us or lose them forever.”

The number of people who self-identify as Jewish in the Czech Republic fell by half over the past 50 years, to 7,000 today from 14,000 in 1970, according to a 2020 demographic study of European Jewry. The country is also far more secular in general than many of its neighbors in Central and Eastern Europe, according to a 2017 Pew survey.

“Judaism as an organized religion doesn’t have a great starting position in the Czech Republic,” Hercky said. “But culture, not religion, is the way to reach thousands of people who belong in one way or another to the Jewish people yet don’t regard themselves as such.”

Prague has at least five synagogues, including two small non-Orthodox congregations, Bejt Simcha and Bejt Praha, that accept members whose mothers aren’t Jewish. It is also home to several other Jewish institutions, including a nursing home and youth programs.

But the people who use them tend to already belong to the community, according to Petr Papousek, president of the Federation of Jewish Communities in the Czech Republic.

“There are synagogues, there’s the Jewish museum, there’s a Jewish nursing home,” he said. “But there isn’t this one intergenerational space that you find in countries around us, like Hungary and Poland.”

Daniel Kolsky, a 39-year-old father of three who lives in Prague, said he had found opportunities for Jews in the capital city to be lacking.

“At Prague’s synagogues, you can come, pray and that’s pretty much it,” he said. About the JCC, he said, “It feels like something new in a community where little has happened in a long time.”

Kolsky has been a particular fan of the virtual JCC’s star-studded and slickly edited podcast series called J-Cast. One episode featured Ronen Gintzburg, the Israel-born head coach of the Czech Republic men’s national basketball team, which under him in 2019 reached the quarterfinals of the FIBA World Cup for the first time. Another had Yadin Sharaby and Gal Levi, the Israeli chefs and owners of Prague’s fashionable Paprika restaurant.

But the podcast’s biggest get was Sasson Gabai, an Israeli actor who has no special connection to the Czech Republic but whose credits make him interesting to Jewish listeners all over the world. On J-Cast, he spoke about his experiences learning Yiddish as a member of the hit series “Shtisel” and playing an Egyptian general in the 2007 award-winning comedy “The Band’s Visit.”

The podcast is one of several strategies for reaching Czech Jews in their homes.

“We knew starting out that our audience wasn’t going to come to us, so we needed to find ways to come to them,” said Šulcová, who secured resources through crowdfunding, Czech government grants and support from Jewish foundations.

On JCC Prague’s YouTube channel, Šulcová and her team recently made a Czech-language tutorial for making challah at home.

And in the mail, the JCC’s team sent out 1,000 copies of a humorous Haggadah, the book that recounts the story of Passover. The original Czech-language book, titled “Are we there yet, Moses?,” is geared toward readers with little existing knowledge of the holiday. 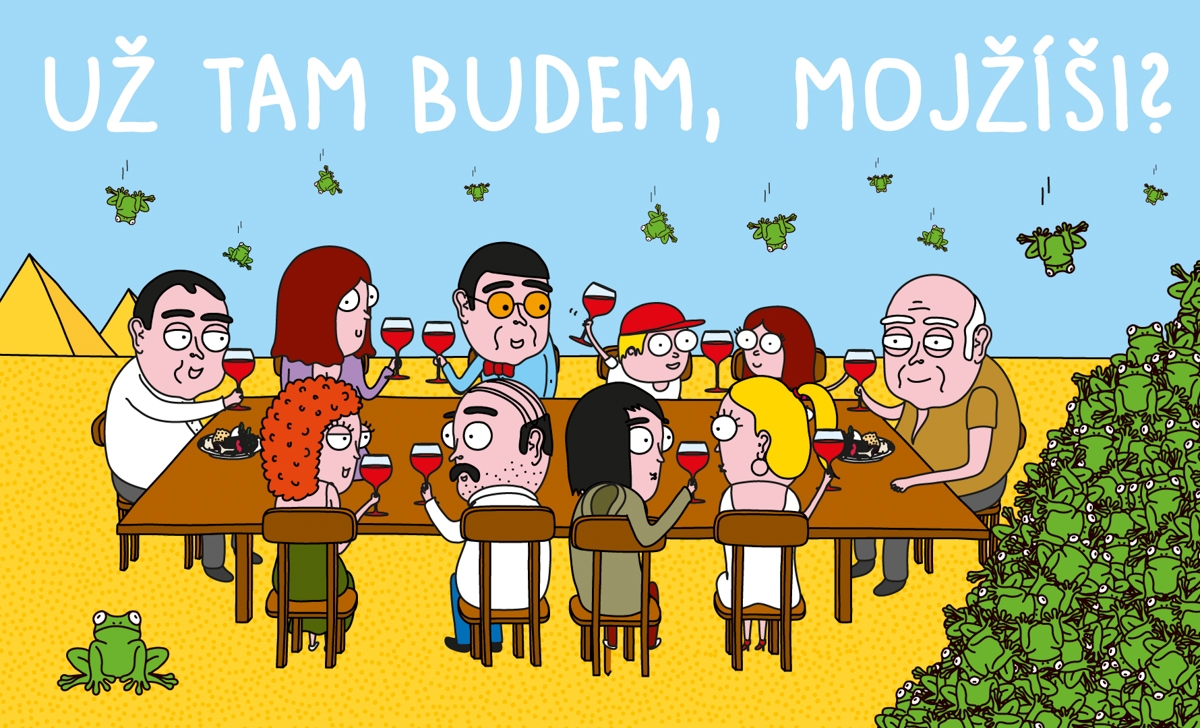 The cover of the Czech-language haggadah produced by the JCC Prague. (JCC Prague)

Denisa Kera, a 45-year-old non-Jewish Czech woman who is married to an Israeli and living in Israel, said the Czech-language Jewish content was transformative for her.

“JCC Prague made me think about converting for the first time,” said Kera, who has one daughter. “It somehow made it all more accessible.”

And Martina Pojarova, 48, is not Jewish at all, while her husband, Tomas, 47, has only distant Jewish roots in his paternal grandfather. The Pojarovas, who have three children, have long been in the Prague Jewish community’s orbit because they both “fell in love with Israel” after living there a decade ago when Tomas served as the Czech ambassador, Martina said. Their three children have all attended Prague’s Jewish day school, Lauder, which also enrolls non-Jewish students.

JCC Prague, Martina said, is giving the family “a new way to belong to the group of people who are connected to Israel, or the Jewish people, but don’t realize this connection necessarily at a synagogue.”

Going virtual meant some obvious disadvantages, including the loss of “the heimish feeling and the informal interactions that are the glue that makes a community,” Šulcová said. Her hope is that JCC Prague’s virtual existence is a temporary measure. She wants to see it open in a physical space that revolves around a kosher cafe, bistro and bar.

For Kolsky, too, the virtual existence of JCC Prague would ideally lead to a physical one.

“For the first time I can remember, things are starting to move in our community with JCC Prague,” he said. “But we can’t wait to finally meet and hug and chat and have a drink together. That’s got to be the next phase.”