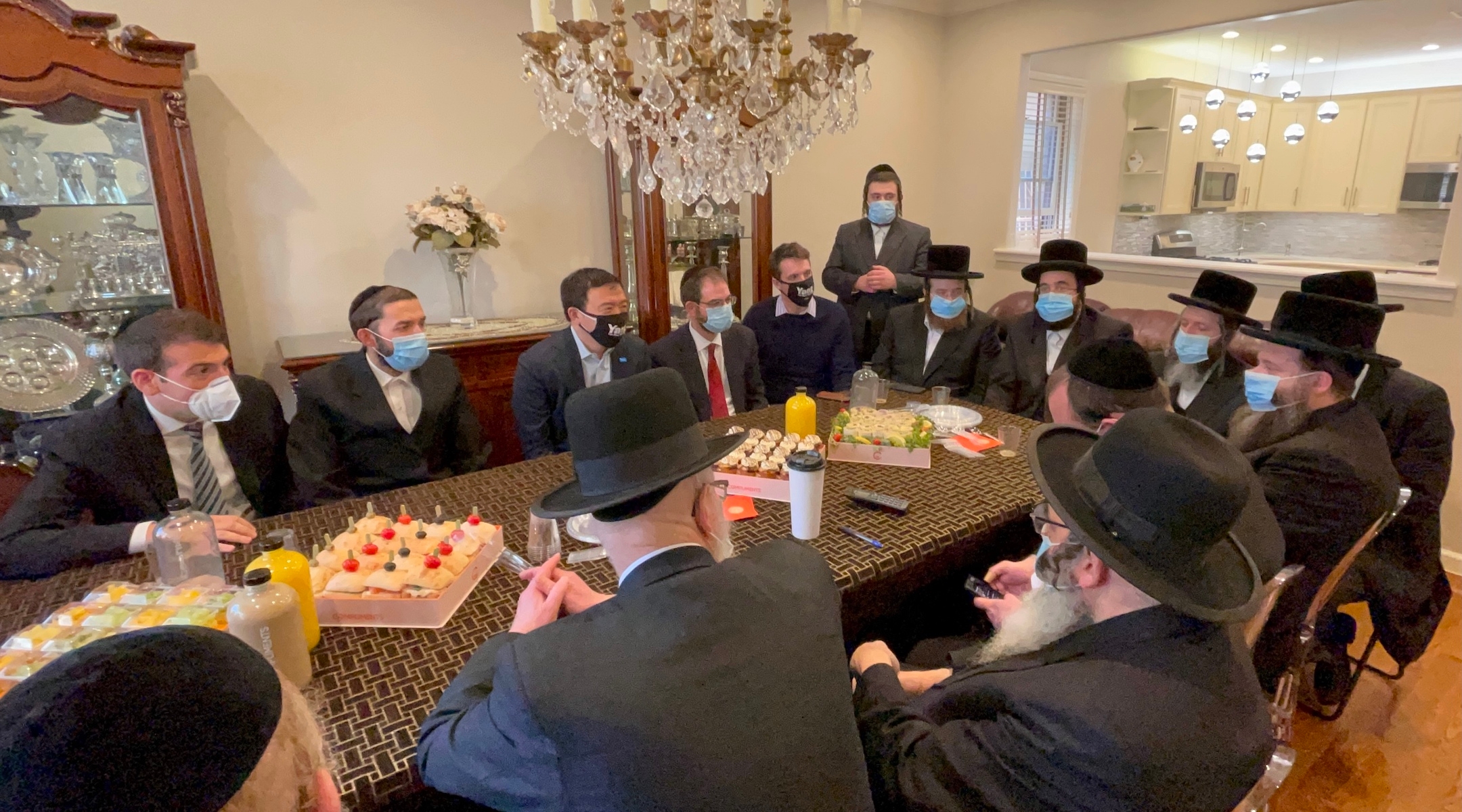 (JTA) — Two frontrunners in the race for New York City mayor are vying for endorsements from leaders of the city’s haredi Orthodox communities.

“Eric Adams is the biggest friend the Jewish community had on all the issues,” Zwiebel, whose umbrella group presents a wide swath of haredi Orthodox Jews, told BoroPark 24. “For the Jewish community, Adams always has had an open ear and an open phone. We can call him, and we can count on him.” On Wednesday, Agudah said Zwiebel was invited to introduce Adams, but made no endorsement.

Those familiar with New York’s Orthodox leadership gave the edge to Adams, saying his eight years as borough president allowed him to assemble a more influential group of supporters. A nod from a rebbe like Rabinovich or community liaison like Niederman can mean thousands of votes in an election.

“Within the haredi and Hasidic world, they can move votes wholesale and don’t need a retail operation,” said David Pollock, associate executive director of the Jewish Community Relations Council of New York, which does not endorse candidates.

Yang has made up for his lack of political experience in the city by aggressively seeking the haredi vote. He has done retail campaigning in Borough Park and suggested a hands-off approach to the supervision of yeshivas, angering activists who say the parochial schools are not providing an adequate education in secular subjects.

Adams, too, has visited yeshivas and praised the education they provide. He has been critical of how the city handled reports of mass gatherings in Orthodox neighborhoods despite COVID-19 restrictions, saying the city’s response lacked “credible messengers” and seems “to penalize the large portions of the community that are abiding by the restrictions.”

Yang’s announcement was accompanied by a picture of him meeting with a group of Orthodox leaders, all men.

“New York’s Jewish community is not only core to who we are as a city, it is also going to be critical to New York’s comeback,” he said. “I have had such an amazing time visiting Borough Park, bumping into people on 13th Avenue, visiting local shops — where everyone I met was so optimistic about New York’s future.”