A group of bereaved Israelis and Palestinians hopes to transcend hate while mourning. They have their critics. 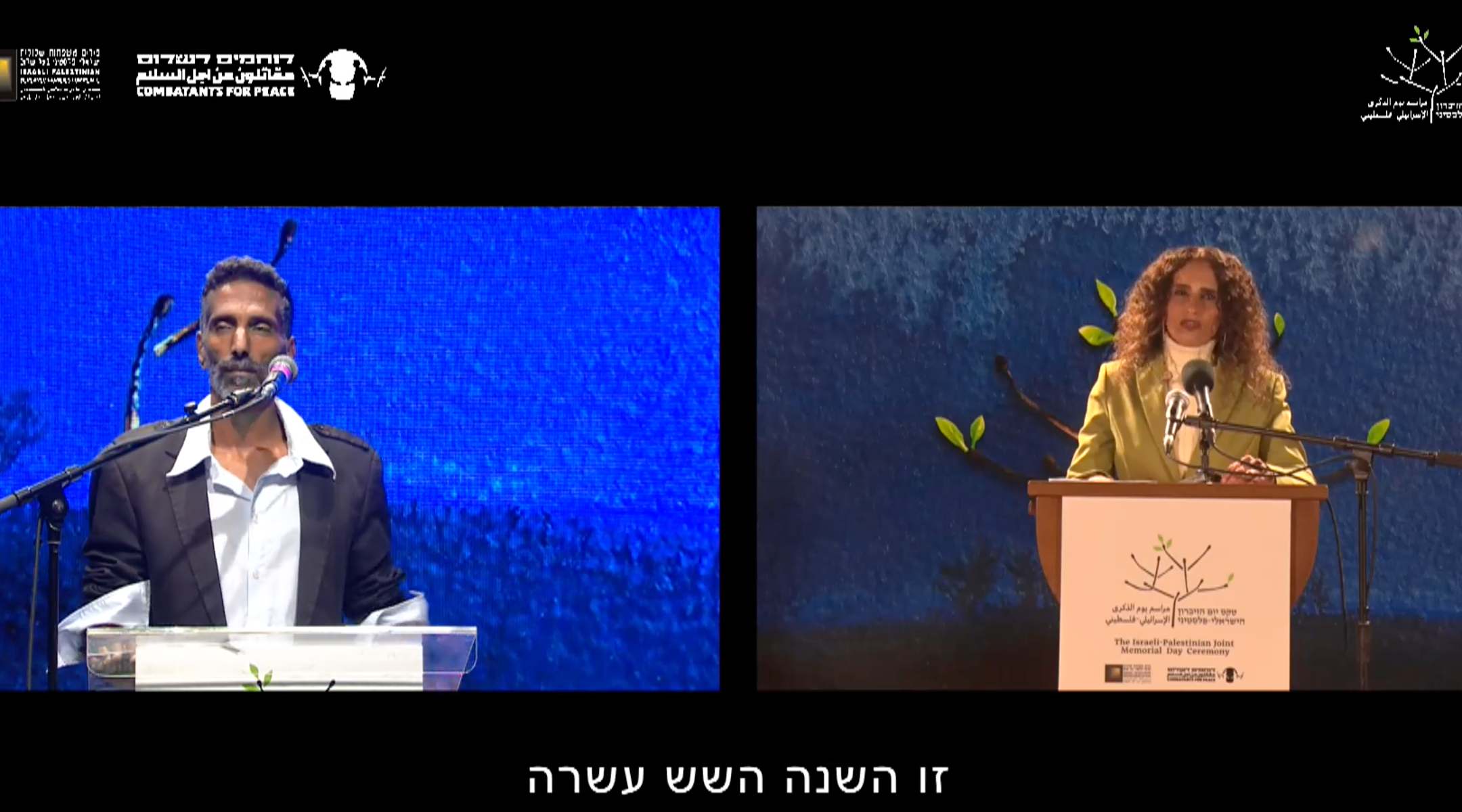 A joint Israeli-Palestinian Memorial Day service, co-hosted by the Parents Circle Families Forum and Combatants for Peace and held virtually this year, has sparked heated debate in Israel. (Screenshot)
Advertisement

JERUSALEM (JTA) — The first time Yifat Mohar spoke to a group of teens about her brother’s death as an Israeli soldier in Lebanon, she braced herself for a hostile response.

Mohar was speaking together with a Palestinian man, Ahmad Al Jafari, who had also lost loved ones in the conflict. They were members of the Parents Circle Families Forum, which brings together bereaved people across Israeli and Palestinian society.

Critics of the group say it falsely equates the two sides, and a crowd of Israelis has protested the group’s annual memorial service.

One of those past protesters, an 18-year-old woman, was in the audience when Mohar spoke. Afterward, the teen approached Mohar with tears in her eyes.

“She came up to me and told me her cousin was killed in Lebanon and said, ‘I was one of those people standing outside the ceremony cursing you guys. I was so angry. I thought you were disrespecting the dead and cooperating with terrorists,'” Mohar said.

But after hearing Mohar and Jafari, Mohar recalled, the woman said, “I respect what you do.”

The Parents Circle Families Forum, which has 600 Israeli and Palestinian members, rests on the conviction that grief transcends political identity. The bereaved parents, children and siblings who participate hope that their shared mourning may even help end the conflict that took the lives of their loved ones.

That camaraderie is what made Mohar feel at home in the group when she attended her first meeting in the Palestinian city of Beit Jala about six years ago.

“Because I was new, a lot of people came over to me, both Israelis and Palestinians, and they asked me, ‘What happened to you? Why are you here?'” she said. “I felt this immediate sense of belonging in a way that I’ve never felt with any group.”

In Israeli society, where grief is often communal and political, the group has been subject to ongoing debate. Its joint memorial service, held on the night of Israel’s Memorial Day for fallen soldiers and victims of terror, is an annual lightning rod for harsh criticism, and Israel’s right-wing government has sought to prevent Palestinians from participating by trying to deny them entry permits into Israel. 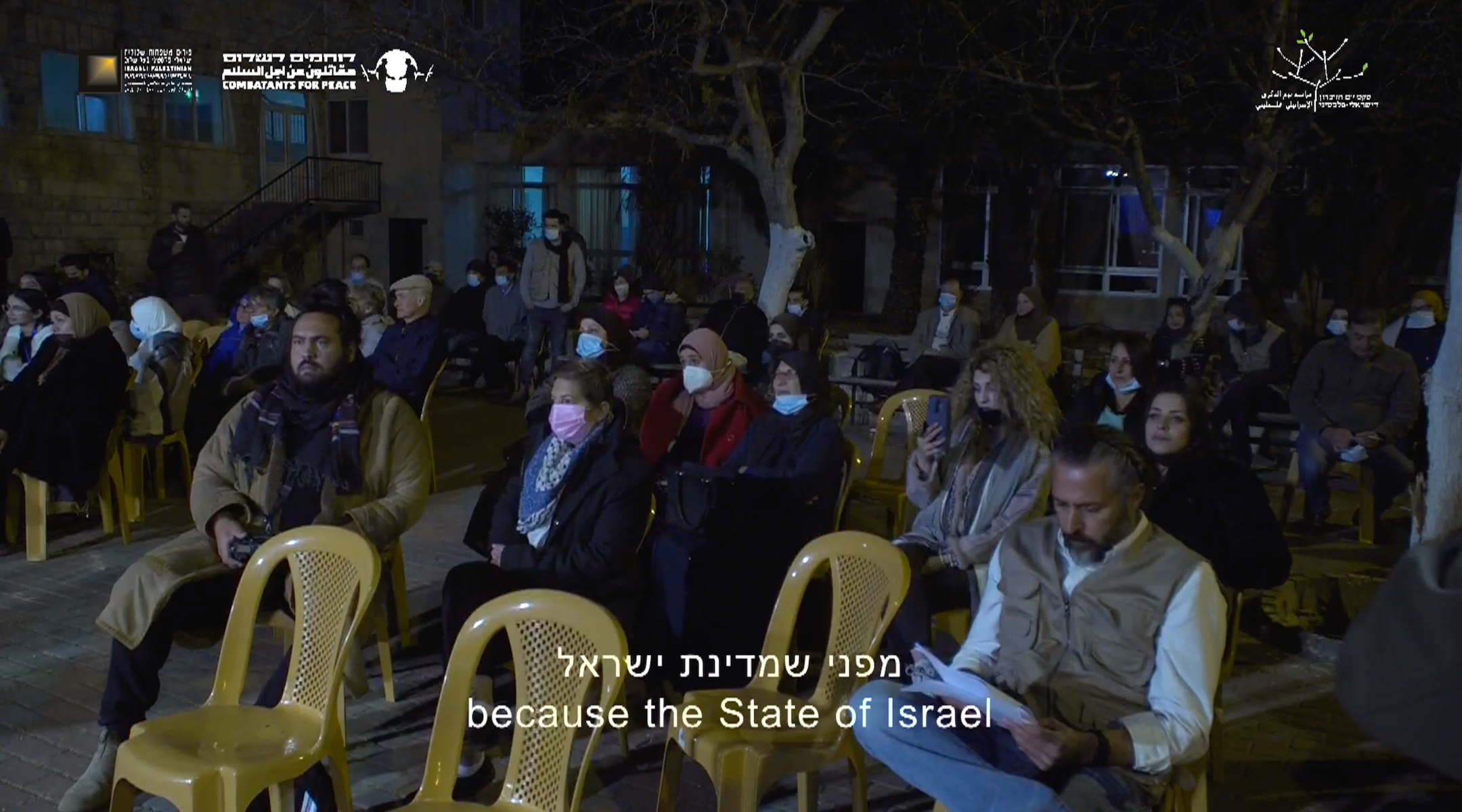 This year’s joint Memorial Day service drew 200,000 viewers from around the world. (Screenshot)

But the event, which is co-hosted by a group called Combatants for Peace, has continued to grow since its inception 16 years ago. Earlier this month the ceremony, held virtually, drew more than 200,000 viewers worldwide.

“When we first started [the ceremony], there were 200 people at best,” said Robi Damelin, the group’s spokesperson, whose son was killed by a sniper in 2002. “When we had it in person the last time in 2019, there were 10,000 people. That ceremony is a way for us to get into the public eye. And even if society in general is turning more to the right, that doesn’t mean we are going to give up.”

In addition to the ceremony, the Parents Circle has spread its message by speaking to 7,000 groups of young Israelis and Palestinians since it was founded in 1995, reaching 200,000 people in total. Like Mohar and Jafari, members say they often encounter skepticism at these events, but feel that they are able to give listeners a new perspective.

At one talk at an Israeli pre-military academy for women four years ago, Layla Alsheikh, a Palestinian from the Bethlehem area, described how her son Qusay died when he was 6 months old in 2002 after Israeli soldiers fired tear gas in the village, then delayed her from taking him to the hospital. She would arrive too late.

At the end of her talk, Alsheikh recalled, many of her listeners were crying, and wanted to know more about her life and the lives of Palestinians in the West Bank.

“I couldn’t imagine how the government can give them a gun and send these children out,” she said of the young women, who would shortly enter the Israeli army. “I understand how they could be afraid and act in a strange way. I actually felt like they were the victims, not me.” 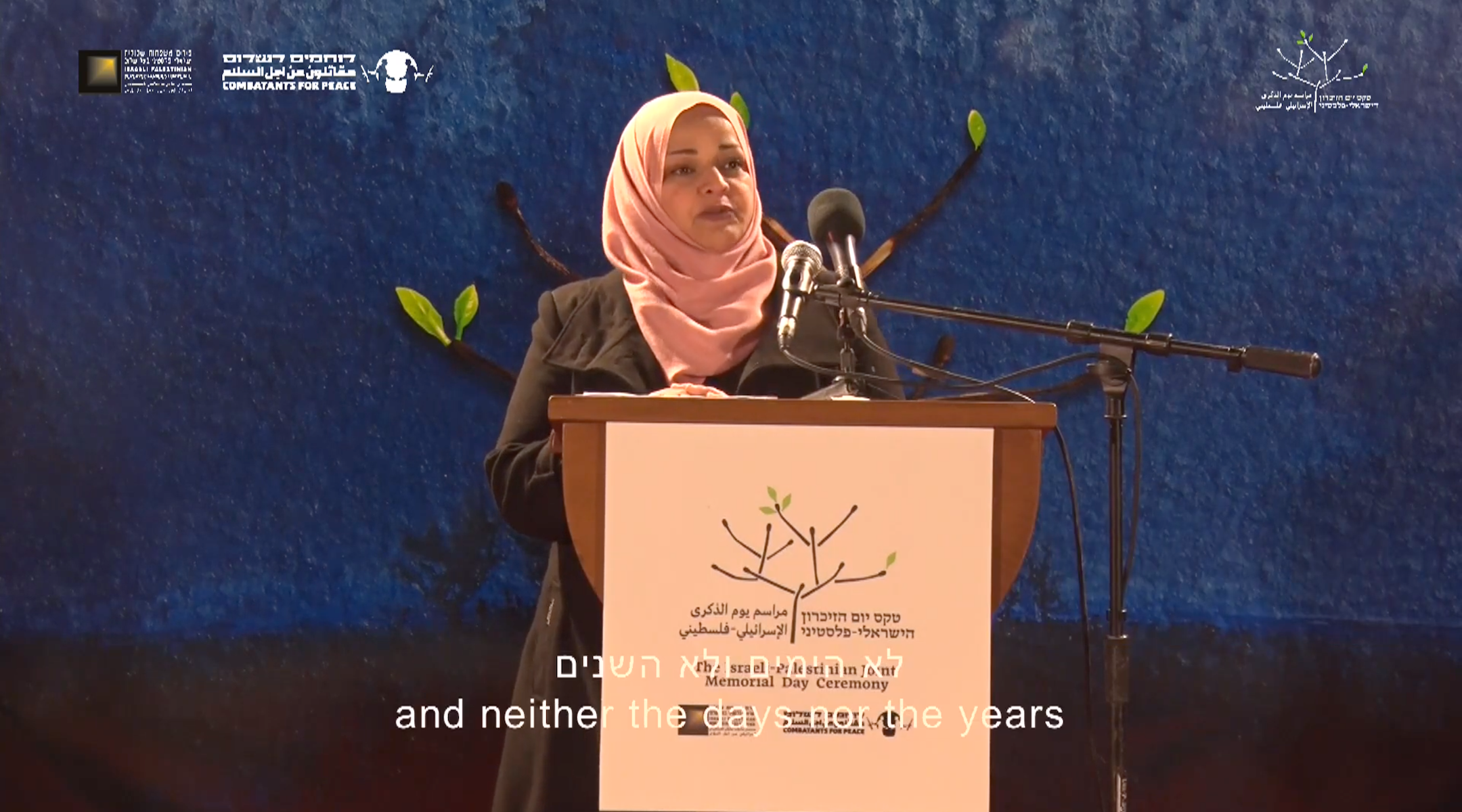 Jafari, who often partners with Mohar, arrived at the Parents Circle after spending six years in Israeli prison starting at age 15. Like other Palestinians in Israeli prison, Jafari used the time to learn Hebrew, and fell in love with the language, whose sound had once filled him with fear. He now teaches Hebrew at a university in Bethlehem and translates for the Parents Circle.

“I didn’t understand that I spoke a sister language to that of my enemy,” he said. “That’s how I got into this whole thing, and it caused me to change my whole life from supporting violence to supporting an end to the occupation only through nonviolence.”

The organization sparks visceral opposition from some segments of Israeli society, including some bereaved parents. Arnold Roth, whose 15-year-old daughter Malki was killed in the Sbarro pizzeria suicide bombing in 2001, charges that the Parents Circle uses personal grief to pursue a political agenda.

Roth has publicly criticized the Parents Circle’s approach to grief and remembrance for years. In 2018, he called it “a small, marginal and noisy participant” in the community of Israeli families who have lost relatives in terror attacks, and wrote that the Parents Circle’s “calls for change address just one side. Israelis are the aggressors. Palestinian Arabs are the victims and powerless to change much in their lives and society.”

In 2014, he wrote that the group’s Israeli and Palestinian members are “united in endorsing Palestinian victimhood and telling Israelis that the conflict is our fault.”

“It’s exploitative, the politicization of grief,” Roth told the Jewish Telegraphic Agency. “But it doesn’t appear to be a rank and file problem. Rather it’s an articulate leadership that has strong political views and prefers not to respond to reasoned criticism from families like mine.”

Some of the members of the Parents Circle understand what it means to feel angry at the other side. For more than 12 years, Alsheikh said, she hated the Israelis who prevented her son from getting medical treatment that could have saved his life. But she says, she has learned to let go of that bitterness and hatred.

“First of all, I did it for myself,” she said in a Zoom interview. “Anger and bitterness are heavy on your shoulders.”