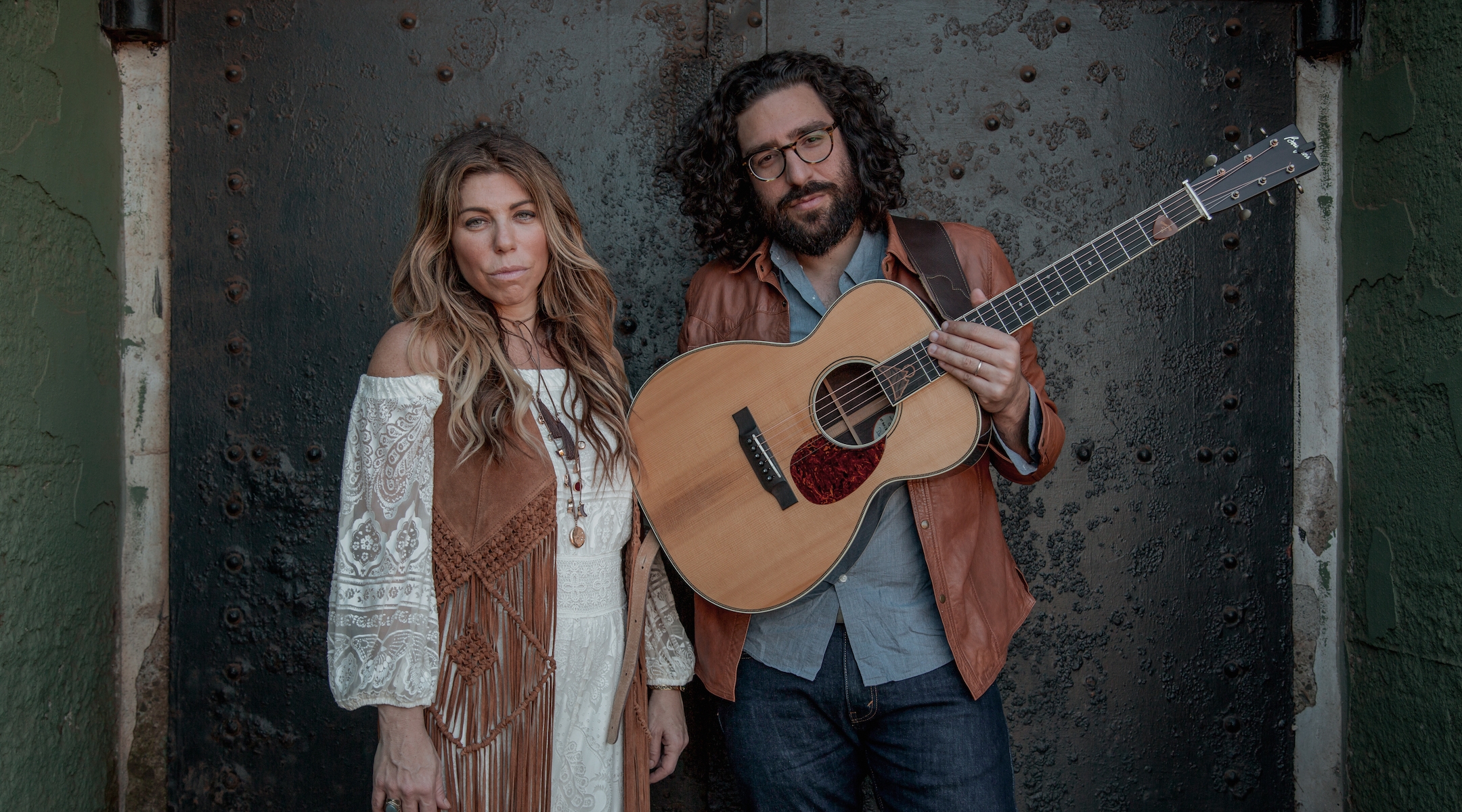 (JTA) — If anyone can pull off a bluegrass song about Anne Frank, it’s Nefesh Mountain, a husband-and-wife duo from New Jersey that has been a standard-bearer of Jewish bluegrass for years.

The group has appeared in Rolling Stone and national bluegrass magazines and worked with some of the most respected bluegrass session players as they have put an Americana spin on Jewish prayers such as “Mi Chamocha” and “Modeh Ani” and released other songs that tap into Jewish traditions.

“What we’re doing is not goofy at all, it’s very soulful and very honest,” singer Doni Zasloff told the Jewish Telegraphic Agency in 2017.

Now, JTA is debuting “Piece of the Sun,” a track from their upcoming third album, “Songs For the Sparrows,” which comes out Friday — the day before what would have been Frank’s 92nd birthday, had she not died in a Nazi concentration camp in 1945.

In the song, Zasloff recalls an episode from years ago when her young daughter, about 3 at the time, said during a car ride that “everyone in the world has a piece of the sun inside of them.” She and her husband, Eric Lindberg, who sings backup vocals in addition to playing the main guitar parts on the record, were stunned.

“While of course it was ridiculously cute, there was also something profound in what she was trying to say,” Zasloff told JTA. “When Eric and I started to write this song we very quickly found our way to the inspirational Anne Frank, who against all odds was able to see this beautiful light in all people.”

The song relates Frank’s observations to their daughter’s comment and ultimately urges their daughter to look for lessons in the famous Holocaust diary on her own.

“When I was young and lost at sea/ Your grandma gave this book to me,” Zasloff sings. “It’s all in here but I can’t explain/ Why history has so much pain./ But just as every new day comes/ So does our flame, our piece of the sun.”

The entire album is a response to the wave of feelings and emotions the pair felt after coming back “roots trip” to Poland and Ukraine, where they visited many of the towns and cities where their ancestors were from — just two months before the 2018 Tree of Life synagogue shooting in Pittsburgh, which left them numb with sorrow.

“We stayed home with our family and talked about what was going on with our kids, but in truth we really couldn’t process all that much at the time,” Zasloff said. But then they wrote a song for the victims.

“It was the next morning that Eric woke up and began playing these very somber melodies and broken chords on the banjo, and we both knew what and who this song was for,” she said. “We wrote ‘Tree Of Life’ that day for the communities in Pittsburgh with only the hopes that it might relieve their pain, if only for a few seconds. Strangely enough though it seemed to take on a life of its own, and before we knew it hundreds of communities were singing ‘Tree Of Life’ for their own memorials, vigils, and services that very next weekend.”

The song closes the new album. So why “Songs For the Sparrows”?

“[T]he sparrow is a bird that lives all over the world, on every continent. For us these little birds symbolize the small but mighty voices that have been discriminated against throughout the ages,” Lindberg said. “These songs on the album are for them; for the lives that were lost in the Holocaust, for the voices silenced, for anyone facing hate, antisemitism, racism, sexism.”