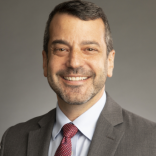 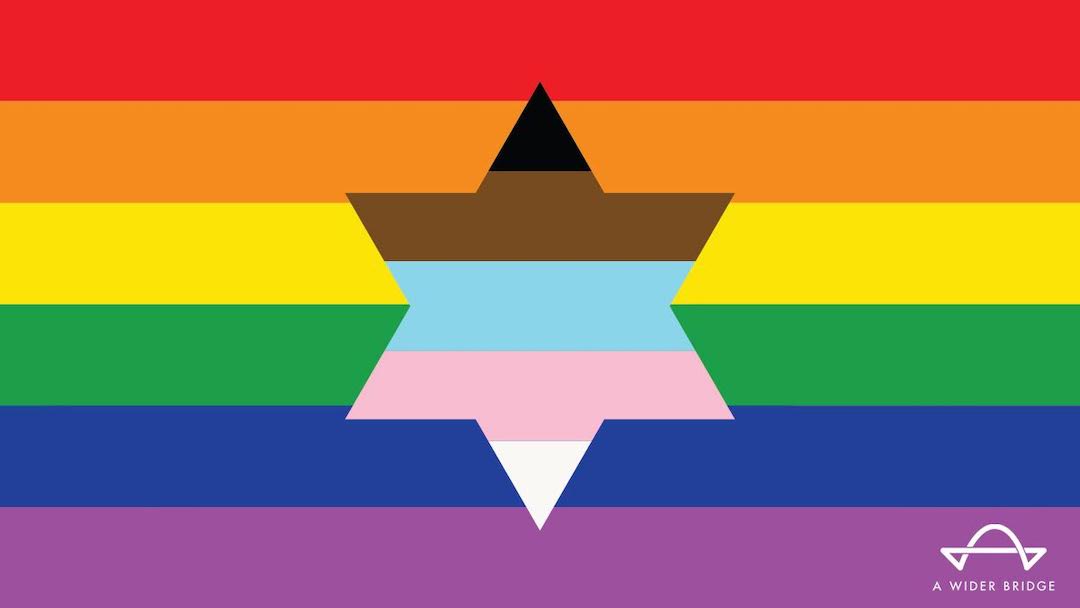 A Wider Bridge created a new inclusive flag whose rainbow colors and Star of David represent inseparable parts of the identities of LGBTQ Jews. (A Wider Bridge)
Advertisement

(JTA) — To everything there is a season. June is Pride season, one where LGBTQ people proudly refuse to choose between our identities and our demand for the freedom to live equally and without fear.

A Wider Bridge, which builds meaningful relationships between LGBTQ people in North America and Israel, has always stood for our ability to celebrate all our identities without being forced into boxes. This year is no exception. And this year it’s especially personal to me.

Just last week I was saddened to see vile antisemitic hate against Manny’s, a cherished establishment in San Francisco, when it was vandalized with “Zionist Pigz” to intimidate the owner and like-minded Jews for their Zionism. We stand with Manny, a Wider Bridge trip alum, as he refuses to choose between his LGBTQ identity and his Zionism.

Another friend of mine and A Wider Bridge recently saw her synagogue vandalized with swastikas. A non-Jewish member of our Wider Bridge family has been verbally attacked just for saying that he likes traveling to Israel.

On campus, Jewish students including LGBTQ activists are being bullied and feel forced to take a side in a conflict taking place on the other side of the world.

In Israel, we’ve seen bigots run for — and win — seats in the Knesset on anti-LGBTQ platforms, calling themselves “proud homophobes.”

On social media, at conferences and rallies, friends of Israel are routinely attacked with slurs about “pinkwashing.”

With all the progress made by the LGBTQ community over the past few decades, it is easy to forget that most of Pride’s history has been a season of protest. It began in 1969 with the Stonewall riots, where brave individuals – including trans, Black and brown heroes — stood up to police brutality. It continued with our communities demanding an end to discrimination in the workplace and in housing, and forcing our leaders to face the AIDS crisis head-on.

We are proud to support Israel not in spite of, but because of our progressive values.

This month, together with our allies, we will experience pride both virtually and in the streets with joyful scenes celebrating our identity, our lives, our successes and the long road we have traveled in just a few decades. We will pay tribute to those brave people who fought for the right to choose marriage and raise our families, and to those still fighting against discrimination, bullying and even the ability to choose our own pronouns.

Politicians, who once ran on platforms to take away rights and marginalize the LGBTQ community for electoral gain, will court us as a critical interest group whose support is essential to their political futures. America’s largest corporations, which once fired their employees just for being who they are, will sponsor pride events and run commercials and sell products expressing their solidarity. Baseball teams will host Pride Nights at their stadiums.

This has been amazing progress, so we really do have much to celebrate.

But there is much unfinished business. The problem facing LGBTQ Jews is not just a collection of anecdotes. It’s a systemic issue that our community feels on all sides.

In the organized Jewish community, many feel forced to check part of their identity when they seek to get involved. While there has been progress in LGBTQ representation in politics and on corporate boards, leadership is sadly lacking in American Jewish life. As aspiring LGBTQ leaders work to explore and celebrate their Jewish faith, some feel forced to hide in the closet — and to check their LGBTQ identity when they walk through the door.

This Pride, we are standing up to celebrate all our identities. The late trailblazer Harvey Milk once said: “Once you have dialogue starting, you know you can break down prejudice.” We will force that dialogue this Pride Month — no matter how uncomfortable it may be for some.

We will let people know how we feel when we’re told that Israel, the world’s only Jewish state, should not even exist. And we will prove that we can stand up for racial justice and equality and support Israel at the same time.

When we go to synagogue, we will do so proudly. We will educate, we will be leaders and we will break down barriers.

We will be our full selves everywhere: on the streets, on campus, at work and in our synagogues. Because we refuse to choose.

Ethan Felson
Ethan Felson is executive director of A Wider Bridge.
The views and opinions expressed in this article are those of the author and do not necessarily reflect the views of JTA or its parent company, 70 Faces Media.