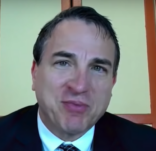 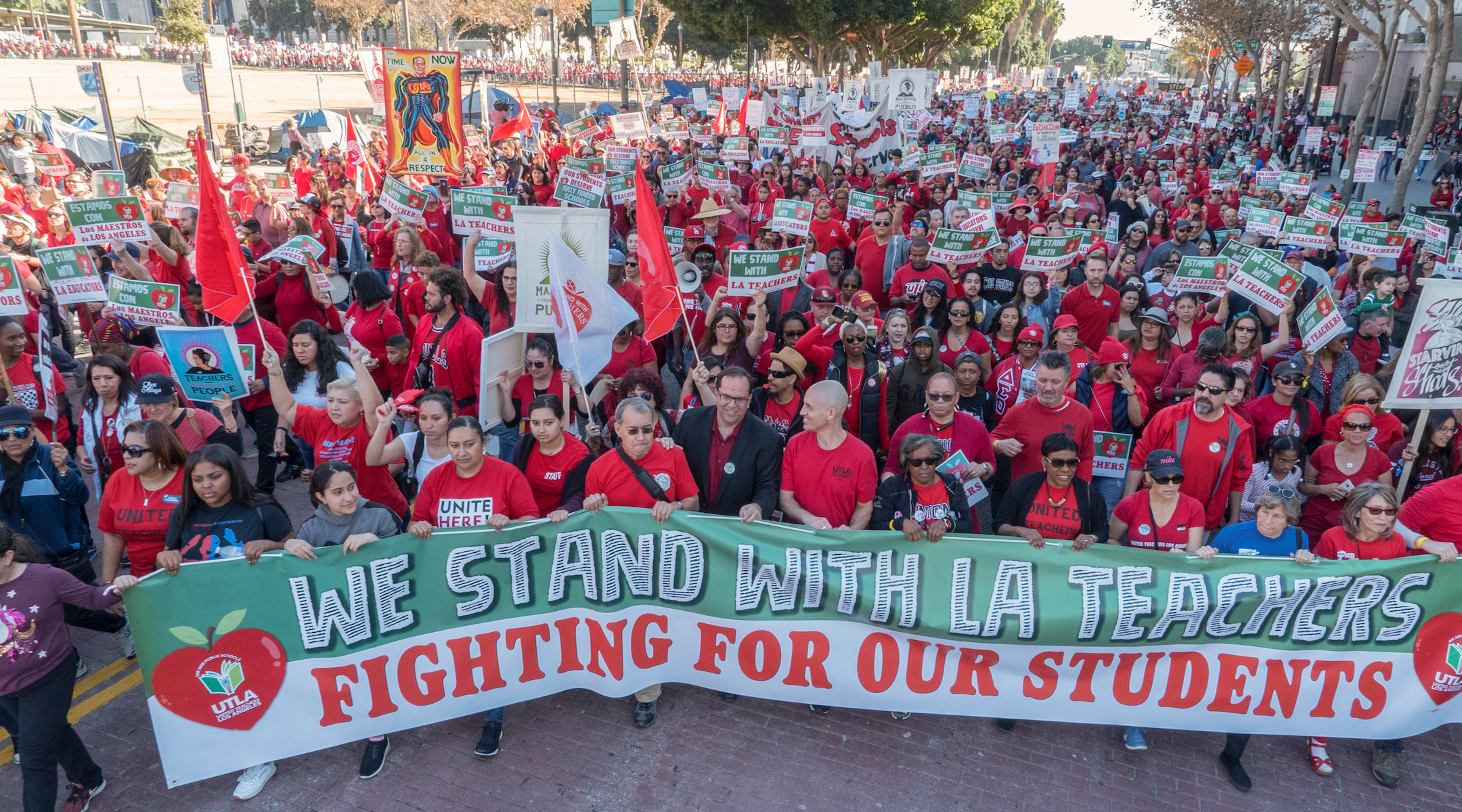 “When UTLA Educators Decided to Go After a Foreign Country, Guess Which One They Picked?”

Those were some of the reactions after the United Teachers Los Angeles debated a May resolution condemning Israel’s actions in Gaza and calling for the United States to cut off assistance to Israel.

Some disagreed with the resolution’s call for the U.S. to “stop aid to Israel.” Some opposed its citations from Human Rights Watch and the Israel-based B’tselem accusing Israel of “apartheid.” Still others dispute its support for the Boycott, Divestment and Sanctions movement.

But the most common reaction from UTLA opponents was “Shut up and teach.” Even some UTLA members and supporters agreed with critics that a teachers’ union is out of bonds when it takes a stand on an international issue.

As one UTLA member recently told the media, “I would much prefer a union focused completely on wages, hours, working conditions … [Politics] dilutes the practice of what a union is supposed to be doing.”

On this point, our critics are simply wrong.

I oppose the cultural boycott component of BDS and have mixed emotions about several aspects of the UTLA resolution. Nevertheless, regardless of the specifics, the labor movement in both the U.S. and abroad has a long, honorable history of international labor defense and this resolution, though flawed, is very much in that spirit. That so many don’t understand this is a product of the decline of American labor unions and the absence of labor history from our schools and culture.

There are many noteworthy examples of international labor defense.

For example, in the 1930s, trade unionists and leftists organized high-profile international campaigns in defense of workers under assault by the Spanish dictator Francisco Franco and of the Scottsboro Boys, nine black teenagers falsely accused of rape in Alabama.

In the 1970s, unions organized defense campaigns for labor leaders and others imprisoned and tortured by military dictatorships in Chile, Argentina and other Latin American countries.

In 1988, as Iran’s Ayatollah Khomeini reluctantly prepared to sign a cease-fire to end the Iran-Iraq War, the Islamic regime executed thousands of political prisoners, many of them former labor leaders. Unionists in the U.S. and other nations held emergency demonstrations in an effort to stop the bloodbath.

In 2008, some 25,000 members of the International Longshore and Warehouse Union staged a one-day walkout at 29 ports, shutting down West Coast shipping in protest of the Iraq War.

Critics have mischaracterized the Israel resolution as UTLA going way out of its way to attack Israel specifically. In fact, UTLA and many other teachers unions have taken stands in recent years on international issues. Over the past decade, the American Federation of Teachers has passed resolutions condemning China’s persecution of the Muslim Uyghur minority, attacks on striking teachers by Mexican police, a Quebec bill limiting free assembly and America’s “forever wars.”

UTLA has passed resolutions in the same spirit, including one in 2008 that demanded the U.S. aid Vietnamese victims of American use of Agent Orange during the Vietnam War.

Critics have also mischaracterized how the Israel resolution was made. It wasn’t something that UTLA leadership cooked up and imposed on our members — the measure was created by democratically elected chapter chairs.

Every school elects a chapter chair. All chapter chairs have the right to introduce resolutions at area meetings. Generally these concern union matters and strategy.

Sometimes these resolutions are political. For example, in November 2019, UTLA passed a resolution endorsing Bernie Sanders for president. In 2019, Sanders endorsed our strike and then spoke at our leadership conference, and many members felt it was important to recognize a candidate who had stood with us.

The Israel resolution came about because some chairs in L.A.’s Harbor City neighborhood wanted to join many in the international community in speaking out against the violence and destruction in Gaza. Their resolution was passed in a democratic vote of chairs at five of UTLA’s eight area meetings and was slated to be voted on by UTLA’s House of Representatives on Sept. 22.

However, on July 21, the UTLA board of directors passed a substitute motion recommending that the UTLA House of Representatives postpone a vote on the resolution and instead hold voluntary educational forums on the Israeli-Palestinian conflict for members. If this substitute motion does not pass, the original resolution will be taken up by the House on Sept. 22.

One fair criticism of the Israel resolution is that it could hurt UTLA by alienating Jewish supporters. Los Angeles’ Arab and Muslim community is of modest size and power. By contrast, Jews are an influential minority who have generally been supportive of teachers’ unions and public education. A disproportionate number of Los Angeles Unified School District teachers and UTLA members are Jewish.

(It should be noted, however, that many Muslims oppose Muslim fundamentalists like Hamas, and some Jews oppose many of Israel’s policies toward the Palestinians.)

Labor’s struggles over wages and working conditions are inherently political. While sometimes even our own members don’t fully understand this, our opponents certainly do.

Labor cannot win by isolating itself and merely negotiating over “nonpolitical” bread-and-butter issues like pay and benefits. Labor struggles succeed when they have popular support — support created by being part of the larger battle for justice and a decent life for all. UTLA supports the students and communities we serve by fighting for immigration reform, tenants’ rights, special education funding and more.

UTLA’s success in its 2019 strike reflects these efforts. While UTLA leaders were in City Hall negotiating with then-LAUSD Superintendent Austin Beutner, and Mayor Eric Garcetti was trying to get both sides to agree, our massive strike rallies in Grand Park right outside shook the building and made a powerful impression on the negotiators inside. These rallies were comprised primarily of teachers but were manned as well by community groups and fellow trade unionists, as well as thousands of parents and students.

These allies came out to support us because UTLA stands with our students and their communities on the issues that concern them. We do this because it’s the right thing to do — and because it’s part of how labor battles are won.

Glenn Sacks
teaches Social Studies and represents United Teachers Los Angeles at James Monroe High School in the Los Angeles Unified School District. His columns on education and politics have been published in dozens of America's largest publications.
The views and opinions expressed in this article are those of the author and do not necessarily reflect the views of JTA or its parent company, 70 Faces Media.