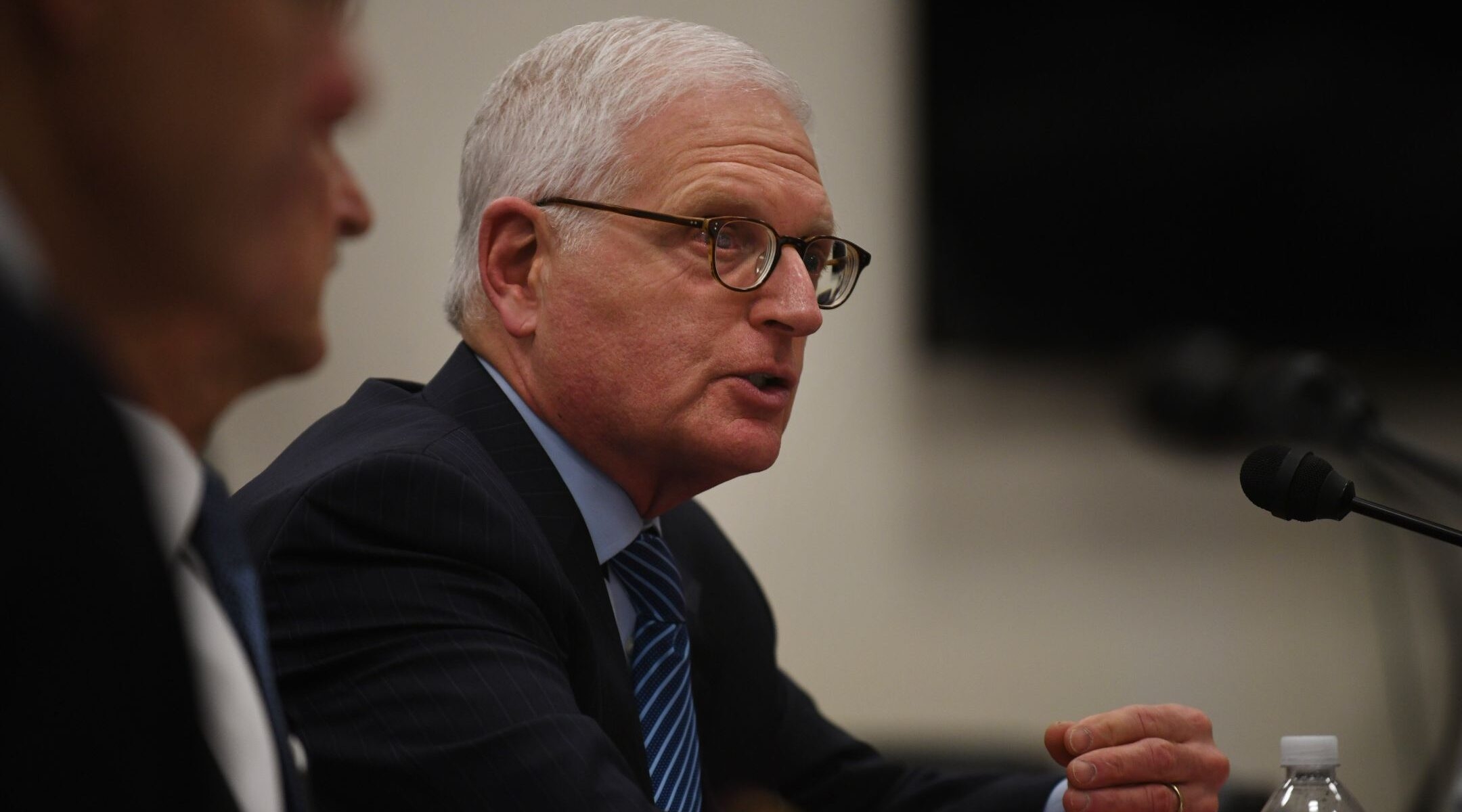 WASHINGTON (JTA) — To be, or not to be — that is the question when it comes to conditioned aid to Israel.

The annual bill that determines what funds the United States will disburse overseas passed last week, and it has new language of interest to those following Israel discourse.

Here’s a breakdown of the Israel-related content in the Department of State’s Foreign Operations and Related Programs Appropriations Act for 2022, and why it matters.

The defense assistance for Israel

Israel gets $3.3 billion a year in defense assistance, in addition to $500 million in anti-missile cooperation which is approved in separate defense appropriations. It passed Wednesday along party lines: Most Democrats voted in favor, all Republicans voted against because of their broader opposition to the Democratic foreign policy priorities. The $3.8 billion for Israel is part of an agreement brokered by the Obama administration in 2016 to fund Israel’s defense by $38 billion over ten years, which has broad bipartisan support.

Both the American Israel Public Affairs Committee, the flag-bearer for the traditional pro-Israel community, and J Street, the liberal Jewish Middle East policy group which advocates for pressure on Israel, list the $3.3 billion as a success.

For the first time, the foreign operations spending bill requires generally (without specifying Israel) that the secretary of state must report to Congress that assistance to other counties is spent “consistent with United States national security policy.”

AIPAC and J Street had opposite takes on the small addition and made them known in news releases. The former argues that in light of the growing trend among progressives to push for conditioning aid to Israel, the bill’s robust funding and language is a significant rebuke of that.

“This critical funding, with no added political conditions, reflects the strong bipartisan support for Israel’s security in Congress and the Biden Administration,” the AIPAC release reads.

J Street says the language is a new stipulation, ever so slightly turning up the heat on Israel to not use money that would inhibit the outcome of a Palestinian state as part of a two-state solution.

“Full funding of the $3.3 billion in Foreign Military Financing (FMF) for Israel pledged in the U.S.-Israel Memorandum of Understanding (MOU) on security assistance, with new provisions in the bill and its accompanying report that are an important first step toward ensuring that equipment purchased with FMF is used in a manner consistent with US law and national security policies, including specifying that items supplied pursuant to the MOU may not be used in any way that undermines the prospects of a negotiated two-state solution,” the J Street release reads.

During Israel’s conflict with Gaza in May, an unprecedented number of Democrats sought to shut down some military assistance to Israel. But most of the overall Democratic caucus was opposed, as were all Republicans, so the initiative went nowhere — but threatening a withdrawal of assistance as penance for its wartime actions is now part of the conversation.

The new oversight provision in the bill is actually embedded elsewhere in U.S. law — Congress repeats itself, a lot — and the existing oversight has never triggered any questions about defense assistance to Israel.

Assistance to the Palestinians

J Street praised the renewal, while AIPAC did not list the funding for Palestinians at all in their release. The powerhouse lobby has always favored restrictions on such funding, to keep the money from going to Hamas and to condition direct funding to the Palestinian Authority on ending payments to terrorists convicted of killing Israelis and Americans. But it does not oppose the funding on principal, as many Republicans do. The Biden administration has pledged to observe existing laws restricting the funding and to abide by protocols that ensure the money goes straight to Palestinian NGOs.

Republicans and some pro-Israel groups say UNRWA by preserving refugee status for millions of Palestinians perpetuates the conflict, and they want the agency dismantled.

Both AIPAC and J Street’s releases agreed on one thing: They both praised $50 million in the bill dedicated to building people-to-people dialogue between Israelis and Palestinians, part of the Nita M. Lowey Middle East Partnership for Peace Act. The act is named for the veteran New York Jewish Democrat who retired last year and who was the previous chairwoman of the House Appropriations Committee. The Trump administration had killed people-to-people dialogue funding, but Lowey had a longstanding relationship with AIPAC and made clear to the lobby that she wanted it restarted.