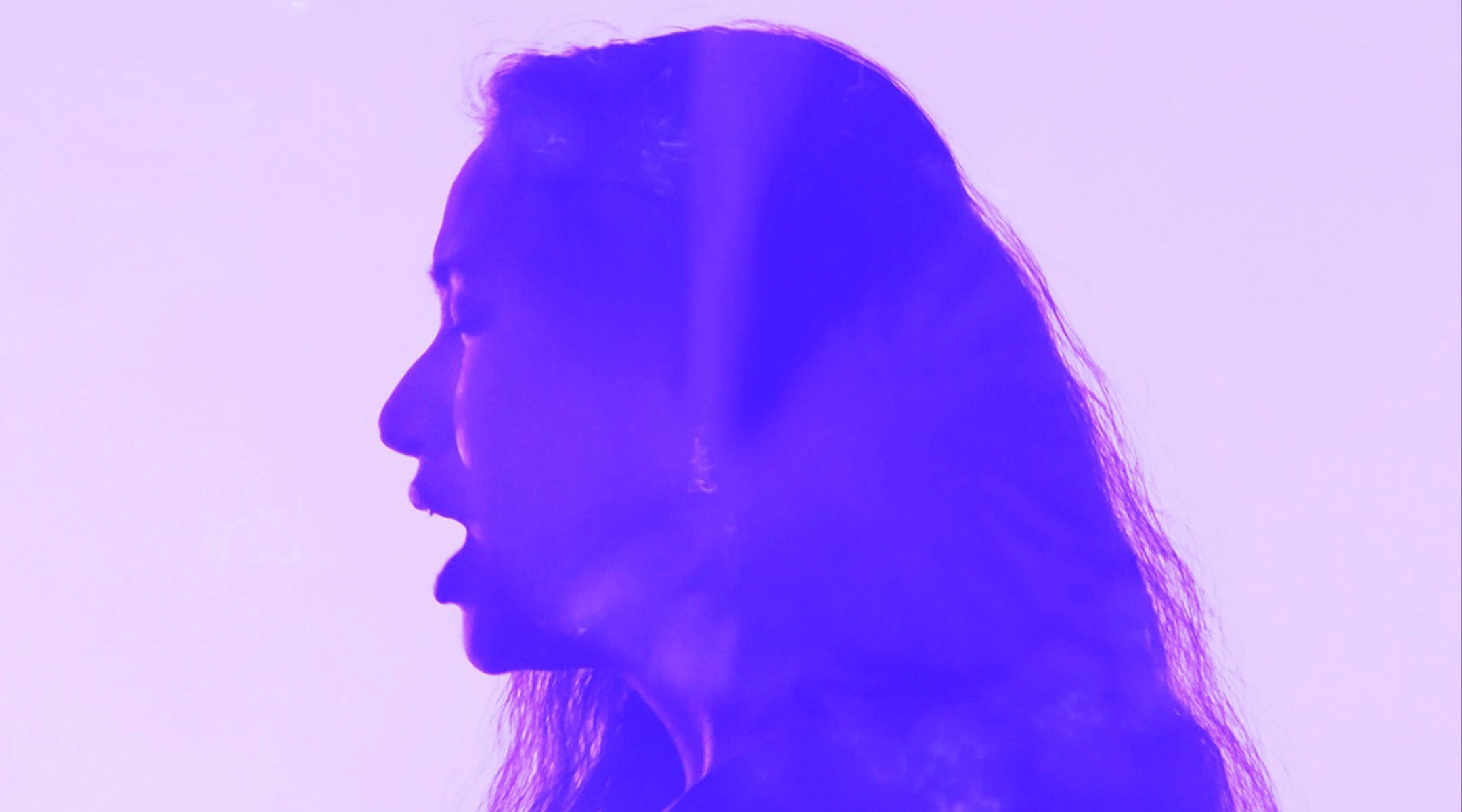 I first noticed I was different at my Jewish preschool. I came home with a little bag of crayons and a big question: “Why am I ‘tan’ if all the other kids are ‘apricot’?”

I don’t remember how my mom explained my ethnicity, which today I describe as mixed Chinese and Russian Ashkenazi Jewish, but I remember being unsatisfied with her response. Nonetheless, I felt at home at my preschool, so being a different “color” wasn’t an issue — that is, until I aged out and enrolled in public elementary school. 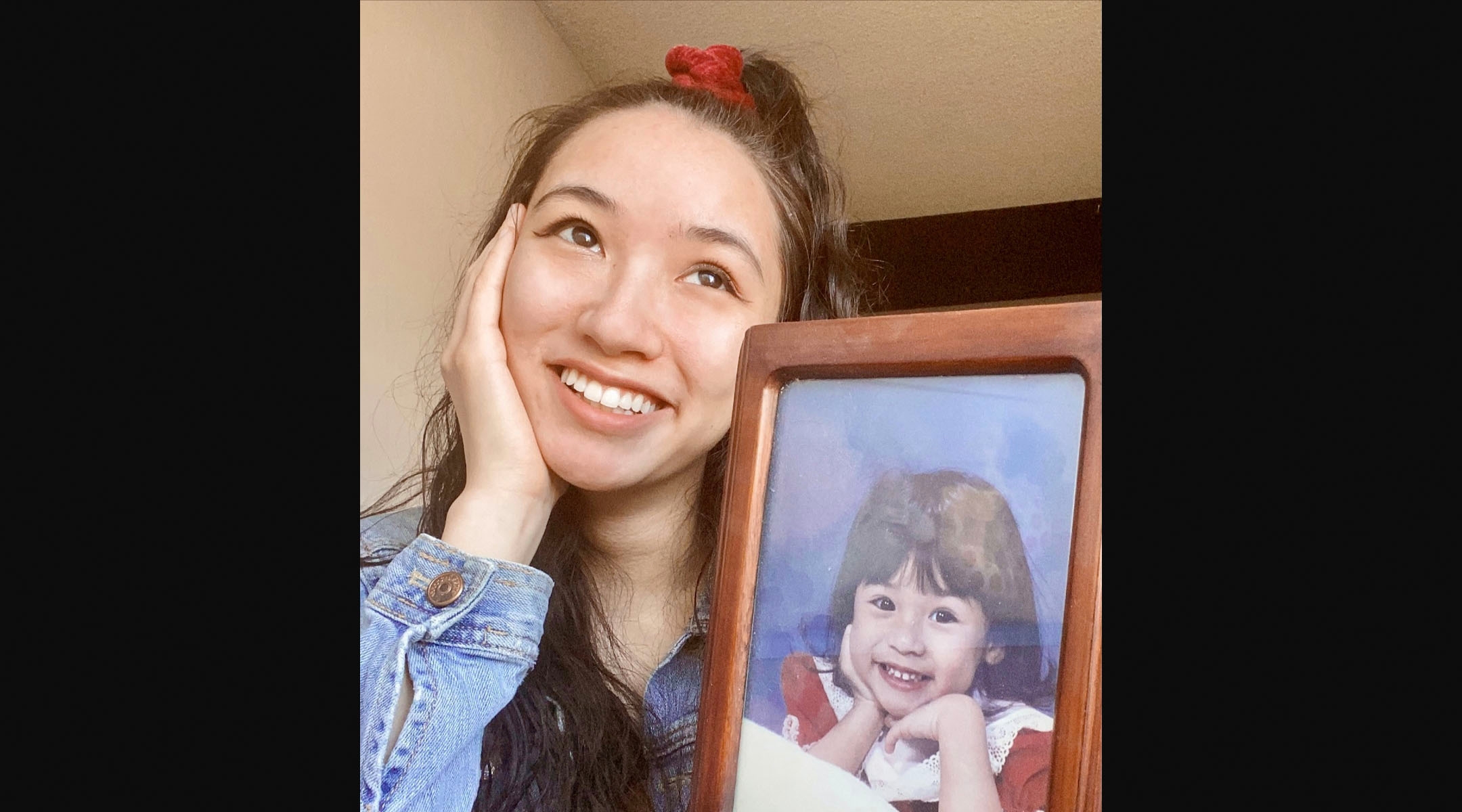 I grew up in Huntington Beach, best known as California’s hotspot for surfing and neo-Nazis. The weather here is perpetually 73 degrees, our last mayor pro tem sold QAnon merch and for some inexplicable reason there just aren’t a ton of Jews here. Switching to public school, I finally met a few other Asian kids, except now I was one of the only Jewish kids, and the culture shock was real. I brought matzah for show and tell and was shocked that no one had even heard of Passover. “Wait, so not everyone is Jewish? Also, who is this Santa guy you speak of?”

My classmates invited me to church, trying to convert me. After singing exclusively Christmas songs in every local “holiday” concert, I recovered by writing my own Hanukkah songs (plus some nonreligious Christmas songs, as every Jewish songwriter needs in their catalog).  I took on these battles proudly, as I loved to remind people that I was Jewish.

Meanwhile, “Asian” was a label that I never chose for myself, yet my face gave it away. My earliest associations with the word “Asian” were microaggressions, so I grew to despise the word and everything it represented. Surprise surprise, growing up Asian American in an image-obsessed, Hollywood-adjacent culture with zero role models of color was the perfect storm for a sneaky bitch called internalized racism.

My immigrant ancestors assimilated for their own survival, rejecting everything that made them “different” to prove their loyalty as Americans. Carrying on that tradition, my mom never learned Cantonese, and I never learned how to use chopsticks. “Don’t wear yellow, you’re too dark,” my mom would tell me, projecting onto me what she’d been told as a kid. So I tried scrubbing away my tan in the bathtub, as my white classmates were spraying on theirs.

While my friends were soaking up the golden hour aesthetic and rocking cat-eye winged eyeliner, I was slapping blue filters on my photos to look less “yellow” and googling tutorials on “how to fix my hooded eyes.” All my insecurities were amplified by comments from my classmates, like the sixth-grader who advised me to bleach my hair and get plastic surgery.

Internalized racism completely distorted my self-image. I saw myself as a hideous Asian caricature, a jumbled collage of stereotypes and failed expectations. My Asian face didn’t feel like mine. 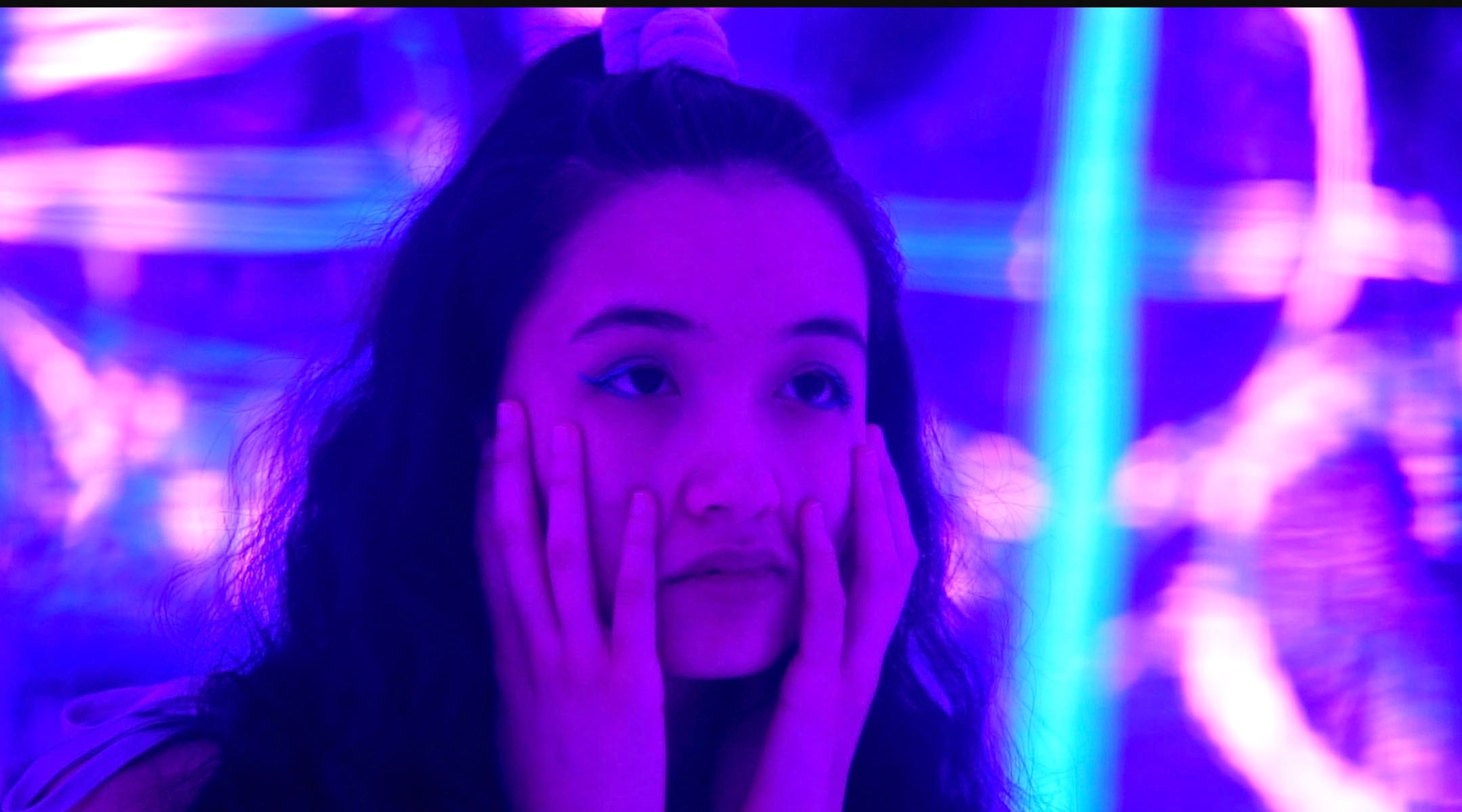 I resented my own mother for making me Asian. I sought the approval of my white peers, believing that every white person was inherently superior to me and that I was half-superior to my monoracial Asian friends. White supremacy really had me convinced that my Asianness was a problem for which I needed to apologize.

So instead, I leaned into my Jewishness. Except, without a solid Jewish community, finding my Jewishness was like navigating an abandoned highway at night with no GPS, where my only road signs were stereotypes, vague Holocaust references and occasional words of wisdom from my Jewish grandma.

Whenever anyone called me “Asian,” I’d counter that I was Jewish. As a secular, Asian-presenting, patrilineal Jew, it felt like a lie. I slept in thick plastic curlers every night, waking up to lumpy, lopsided curls that only held for a few hours in my Asian hair. While my friends were reading “Harry Potter” and “Magic Tree House,” I was maxing out my library card on Holocaust books, which made for some dazzling playground icebreakers such as, “Who is your favorite Holocaust survivor?” and, “Where in your house would you hide from the Nazis?”

I can’t rationalize why immersing myself in historical Jewish trauma felt easier than embracing my modern Asian-American Jewish reality. I reasoned I was simply learning my people’s history. Ironically I was weaponizing my Jewishness as a steppingstone to whiteness. I thought if I redesigned myself to be as Jewish as possible, people could forget I was Asian. So every night I’d put in the curlers and search my reflection for any physical proof that I was Jewish. Puberty finally granted me my wish: Practically overnight, my stick-straight Asian hair had a major Ashkenazi awakening.

If genetics worked like a Build-a-Hair workshop , I’d combine the texture of smooth, silky stereotypical Chinese hair with the volume of big stereotypical Jewish curls and defy all laws of hair physics. Instead I ended up with a frizzy, inconsistently wavy, unmanageable mess.

“Have you heard of conditioner?” my Asian friends would ask. Or my favorite, “Just brush it!” Suddenly my Jewishness was another problem to detangle.

It was a vicious cycle: dissecting every inch of my body, comparing myself to two sets of unattainable beauty standards and constantly finding a new insecurity. “Do I have a Jewish nose?” I’d ponder, obsessing over my side profile. (I do, in fact, have a Jewish nose because I’m Jewish and I have a nose.) “Ugh, my eyelashes are so short and Asian!” The shameful tug of war between my two identities seemed never-ending.

One day, all these messy, nuanced feelings spilled out onto a page in my songwriting journal. Digging through these complexities with humor and a profound level of honesty, I wrote “Water & Oil,” a song more genuinely Jewish than any of the Hanukkah songs I’d written as a kid. Twenty-five mixed collaborators helped me bring the song to life, along with a music video shot by fellow Asian Jew Jared Chiang-Zeizel.

The music video was a cathartic opportunity to wear everything I had denied myself — monochrome head-to-toe yellow, winged eyeliner and my hair in its full frizzy glory. We satirized all my insecurities — the blue filters, my vendetta against my hairbrush and my failure to use chopsticks. It was angsty, it was campy and it made me feel whole.

Today I feel beautiful and empowered in my Asian-American Jewish identity. My Jewish identity means so much more to me than simply my “whiteness,” and I will never let white supremacy define my identity again. Growing into my mixed identity is a lifelong rollercoaster of learning and unlearning, but I’m into it. And hey, that’s pretty damn Jewish.