Spain is suddenly turning down many Jews who apply for citizenship. Why? 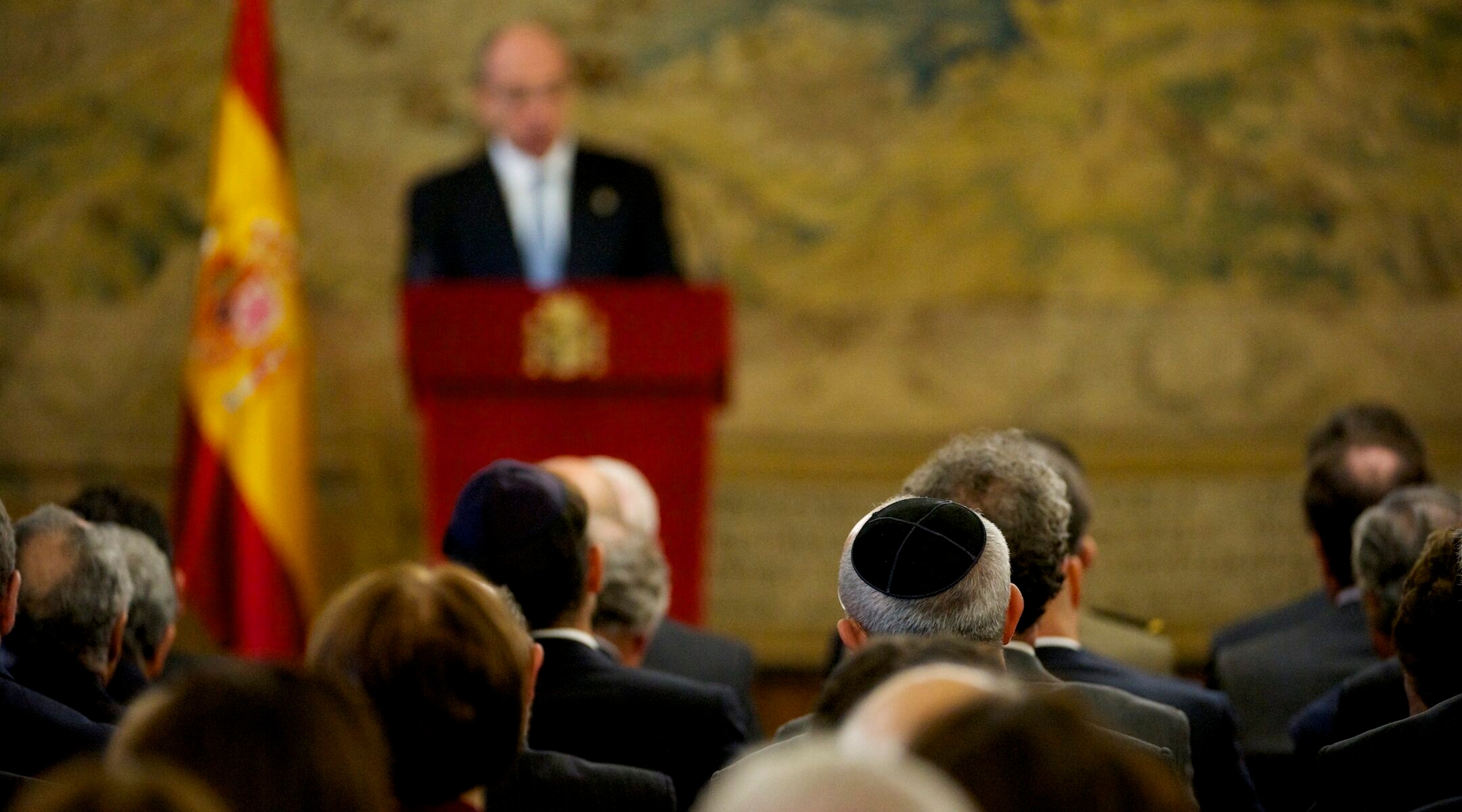 But last month, like so many others attempting to gain Spanish citizenship through a 2015 law promising to right the wrongs of the Spanish Inquisition that expelled Jews, Pulido received a rejection letter from the Spanish government.

Pulido, a 61-year-old engineer from Caracas, Venezuela, drew a parallel between the decision and the Inquisition, which forced many of his ancestors to flee in 1492, fearing for their lives. For Venezuelans, a Spanish passport represents a way out of a country in the midst of a deep economic and humanitarian crisis. He plans on appealing the rejection.

“It hurts me a lot because we have complied with all the requirements and followed the law. Many lawyers have told me that how the law is being applied to us now is illegal,” he said.

Newly published citizenship data from Spain’s Justice Ministry reveals that just in the last quarter alone, 2,276 applications were turned down — compared to a total of three before this year.

Of the 150,000 total applications that have been submitted since 2015, 33,485 people have been granted citizenship to date. Only about 6,000 have been accepted in the past quarter. Applicants from Venezuela, Colombia and Mexico have been severely affected.

The sudden shift, the Jewish Telegraphic Agency has learned, is driven by a fear of fraud and is the product of what some experts say are retroactively implemented bureaucratic standards for applications. The Spanish government denies any changes in the application process.

To be eligible for a Spanish passport, applicants have to put forward evidence of medieval Sephardi ancestry through heritage certificates and family trees. They also have to demonstrate special links to Spain and Spanish language skills through tests.

An internal notice issued by Spain’s General Directorate of Legal Safety and Public Trust indicates a change in the interpretation of the law took effect last October. Previously, government notaries were the first intermediary for applicants, sending applications along to government officials or directing applicants to gather more materials. Since October, government officials have stepped in, rejecting applications previously approved by the notaries and not providing applicants a chance to submit further documentation before issuing a rejection letter.

Additionally, Spain’s Ministry of Justice had previously approved many applications with Sephardic heritage certificates from organizations such as the Union Sefaradi Mundial and the Jewish Federation of New Mexico. Today, the ministry is only accepting certificates issued by the Federation of Jewish Communities of Spain, which ceased issuing them on July 31 so that they could get through a backlog of applications. (The federation is for the time still issuing certificates to Sephardim who have been living in Spain for at least two years and wish to apply for Spanish citizenship on the basis of residence — but that is something they have done since the 1990s.)

“The government was previously approving lots of cases with the very same certificates and documentation that are being denied now,” said David Arevalillo de la Torre, a lawyer from Madrid who is currently handling hundreds of rejection cases.

The Spanish “Law of Return,” as it is sometimes nicknamed, has also closed its new application window entirely for the near future. It will need parliamentary approval to be reopened.

In a statement to JTA, the ministry denied any change in the way the law is being interpreted but said that they are cracking down on suspected fraud perpetrated by some applicants. According to a recent article in El Pais daily, a police report sent to the ministry at the end of 2018 alerted it to the existence of a criminal organization behind alleged fraud.

“The grounds for denial may be varied and different in each case,” the Federation of Jewish Communities of Spain wrote in an email to JTA. “There is no common typology through which the files are denied. What we can assure is that, after six years of collaboration with the Ministry of Justice, the work carried out has been rigorous and professional at all times.”

Sometimes the federation certificate is not enough, as in the case of Carlos Rizzo of Venezuela, whose mother and aunt, both senior citizens, both saw their federation-backed applications denied last month. Rizzo is one of a significant number of applicants now appealing rejections for themselves and for family members.

“I have no choice but to appeal until the very end. This is an injustice in every sense of the word,” Rizzo said.

Applicants have one month to appeal after receiving a rejection letter. After that, the Spanish government has up to 90 days to give an official reply. But several attorneys involved in the process said that appeals often tend to go completely unanswered.

If their appeal is answered and rejected, applicants can sue the government as a last-ditch effort to gain citizenship. The appeal process leads to additional lawyer fees, since individuals cannot legally file the appeals by themselves.

“It is only after an administrative appeal that the applicant can go to litigation before the Supreme Court,” Arevalillo de la Torre explained.

There is another option for those fleeing desperate situations: Portugal passed a similar bill in 2015, granting citizenship to Sephardic descendants. Data from last year shows that 23,000 people have obtained a Portuguese passport through the law.

But the Portuguese law is more restrictive because it requires applicants to prove ties with a specifically Portuguese Sephardic community. The smaller Jewish communities of Lisbon and Porto are the only organizations that can approve applications, which must show ties to one of them.

Officials in Washington and Spain have expressed outrage over the wave of Spanish rejections. U.S. House Rep. Teresa Leger Fernandez, a Democrat from New Mexico, raised the issue with the White House and the State Department.

In Spain, two members of parliament, Valentina Martinez and Pablo Hispan of the conservative People’s Party, have also asked the government for further explanation, the El Mundo daily reported. If the current trend continues, experts predict that tens of thousands of applications will be rejected in the coming quarter.

Pulido plans to sue the government if his appeal is neglected or overturned.

“In my family we are very disappointed by these decisions. Our intention is to return to Spain, and contribute with our skills and knowledge to their society,” he said. “I do not understand how there is so much lack of appreciation on the part of the Spanish government.”