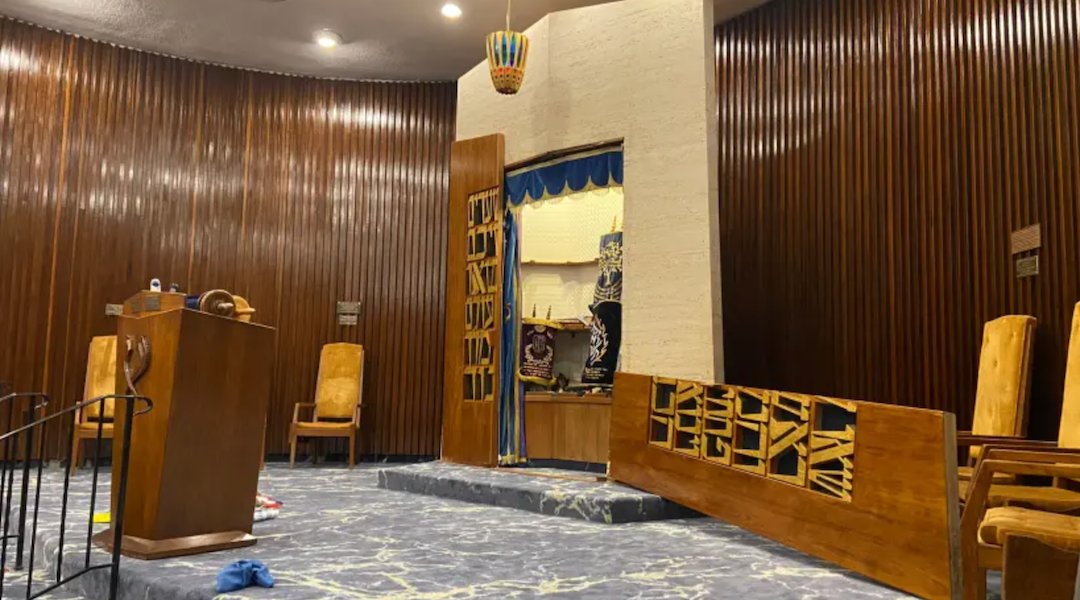 (JTA) — Police in Long Beach, New York, have arrested one man in connection with vandalism that took place this weekend at a local synagogue that had just become part of Chabad of the Beaches.

Rabbi Eli Goodman shared photographs of the damage that showed one door of the Torah ark torn off and prayer shawls strewn on the ground. Two Torah scrolls and their silver adornments were taken, although some of the metal decorations were later recovered, Goodman told Hamodia, an Orthodox news service. He said the vandalism had taken place sometime on Saturday after the synagogue hosted a bar mitzvah during Shabbat services.

Police announced on Sunday that they had arrested and sent for psychological evaluation a 23-year-old man whom they described as homeless, the Long Island Herald reported.

Chabad of the Beaches, which runs Chabad centers in three towns on Long Island, launched a crowdfunding campaign with a goal of $250,000 that it said would support security upgrades. The vandalism took place the same day the group began holding services in that building, according to the campaign, which has raised nearly $10,000 as of Monday afternoon.

“We though we’d have a quiet, soft opening without so much fanfare, but unfortunately we have this whole tragedy,” Goodman told Hamodia. He said he would be adding “more security, better locks, upgrading our security system right now.”