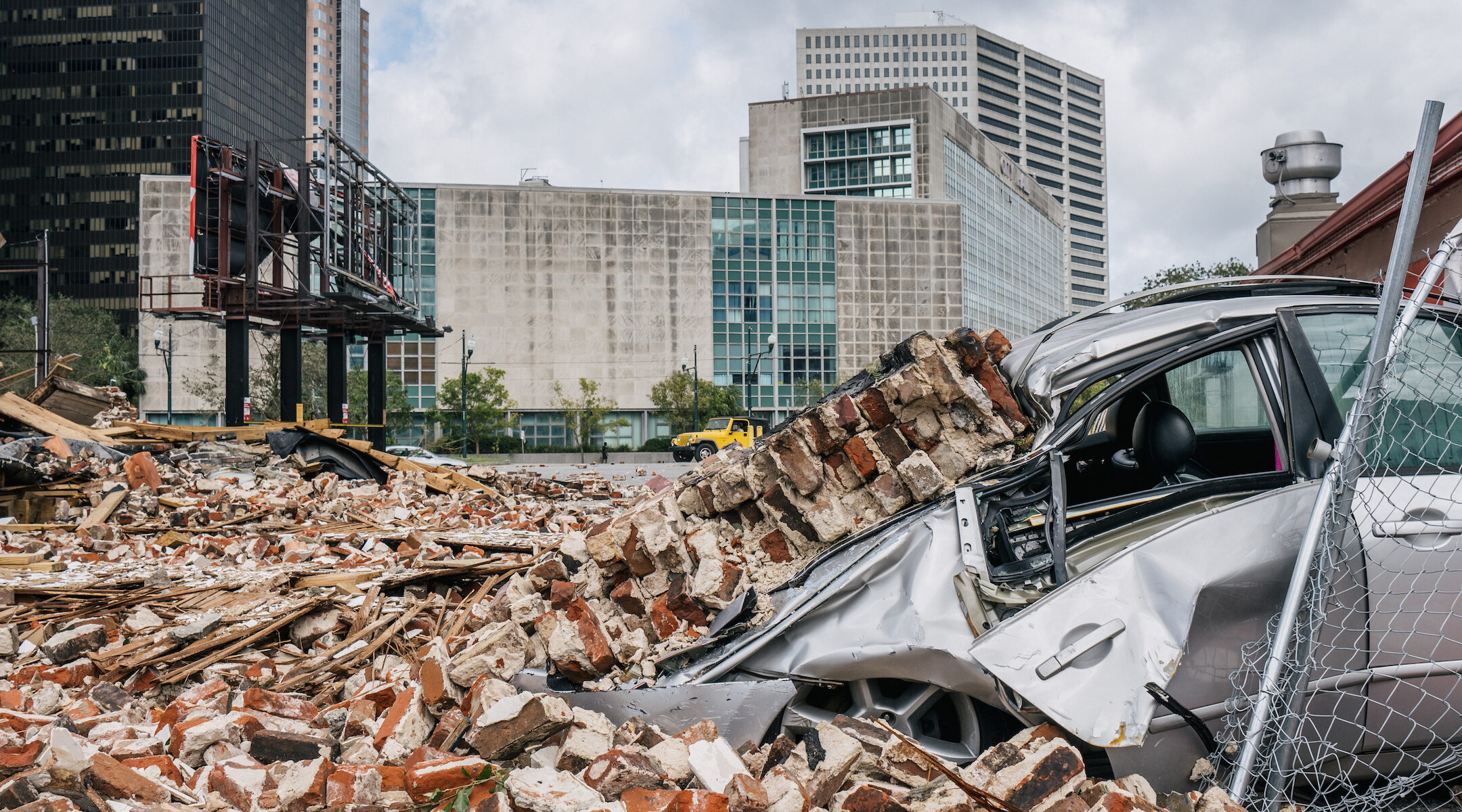 A car is seen under rubble after a brick building where Louis Armstrong spent time with the Karnofsky family was destroyed by Hurricane Ida in New Orleans, Aug. 30, 2021. (Brandon Bell/Getty Images)
Advertisement

(JTA) — Hurricane Ida flattened the New Orleans home where a youthful Louis Armstrong spent time with a Jewish immigrant family who mentored him.

CNN reported Monday that the Category-4 storm destroyed the brick structure on South Rampart Street where the Karnofsky family lived and ran a tailor shop at the turn of the 20th century.

Starting at about age 5, Armstrong was friends with the five Karnofsky sons and the family would have him over for meals, leading to Armstrong’s lifelong love of matzah. His first job was blowing the tin whistle on the family’s coal and junk wagon, alerting potential customers. A musicologist has said that the whistle was Armstrong’s first instrument.

The Karnofsky patriarch bought Armstrong’s first trumpet, with the repayment being Armstrong would ride on the wagon for a year and blow the whistle. The famed jazz musician was reputed to wear a Magen David and have a mezuzah on his door, said the musicologist, John Baron. 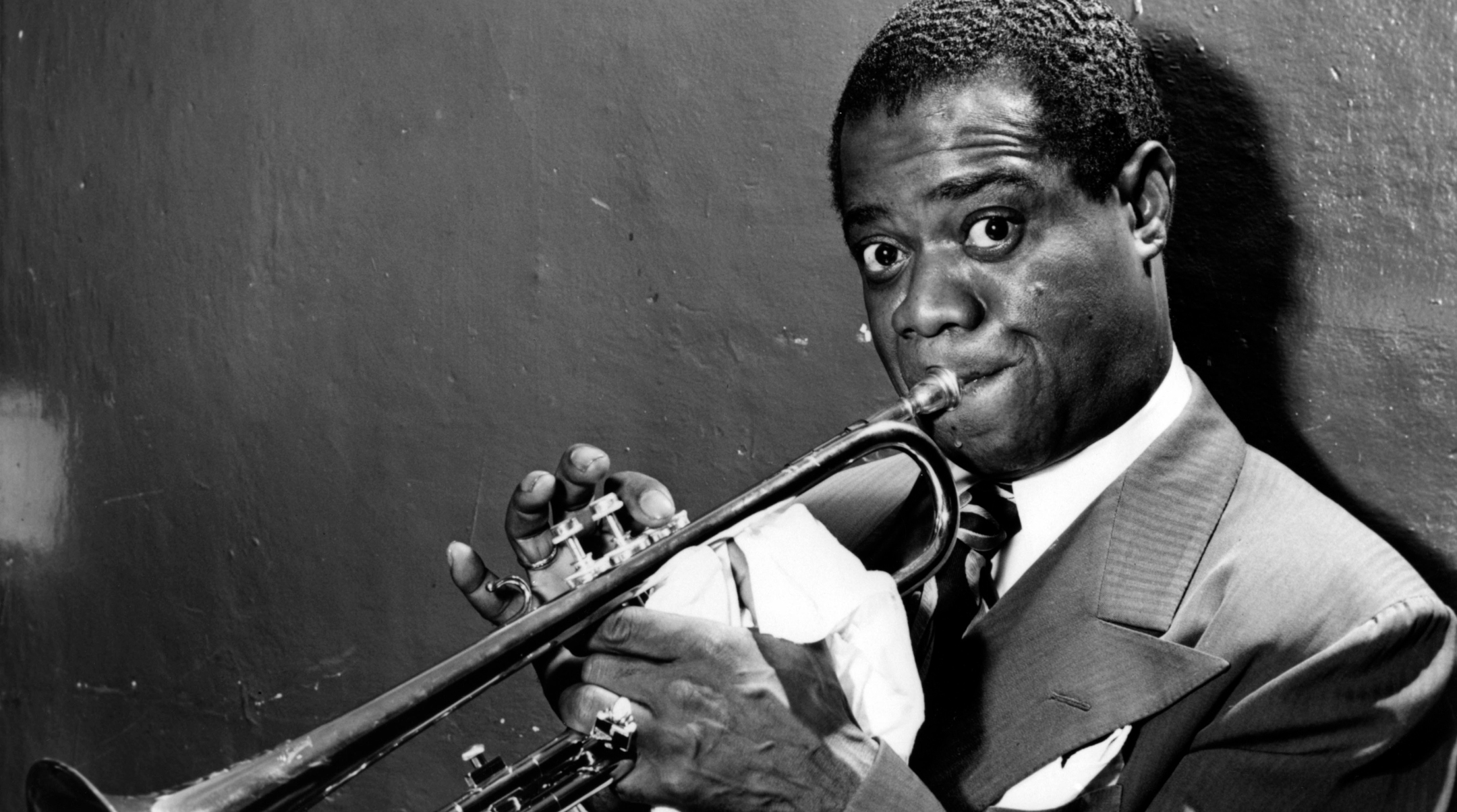 A portrait of Louis Armstrong posing with his trumpet. (William Gottlieb/Redferns)

“The Karnofskys were a tremendous warm influence in his life,” Baron said in 1999.

One of the Karnofsky sons, Morris, opened the first jazz record store in New Orleans and was a lifelong friend of Armstrong, who became a seminal figure in modern American music.

The building was long shuttered, although there was talk of restoring it as an homage to Armstrong’s New Orleans roots.