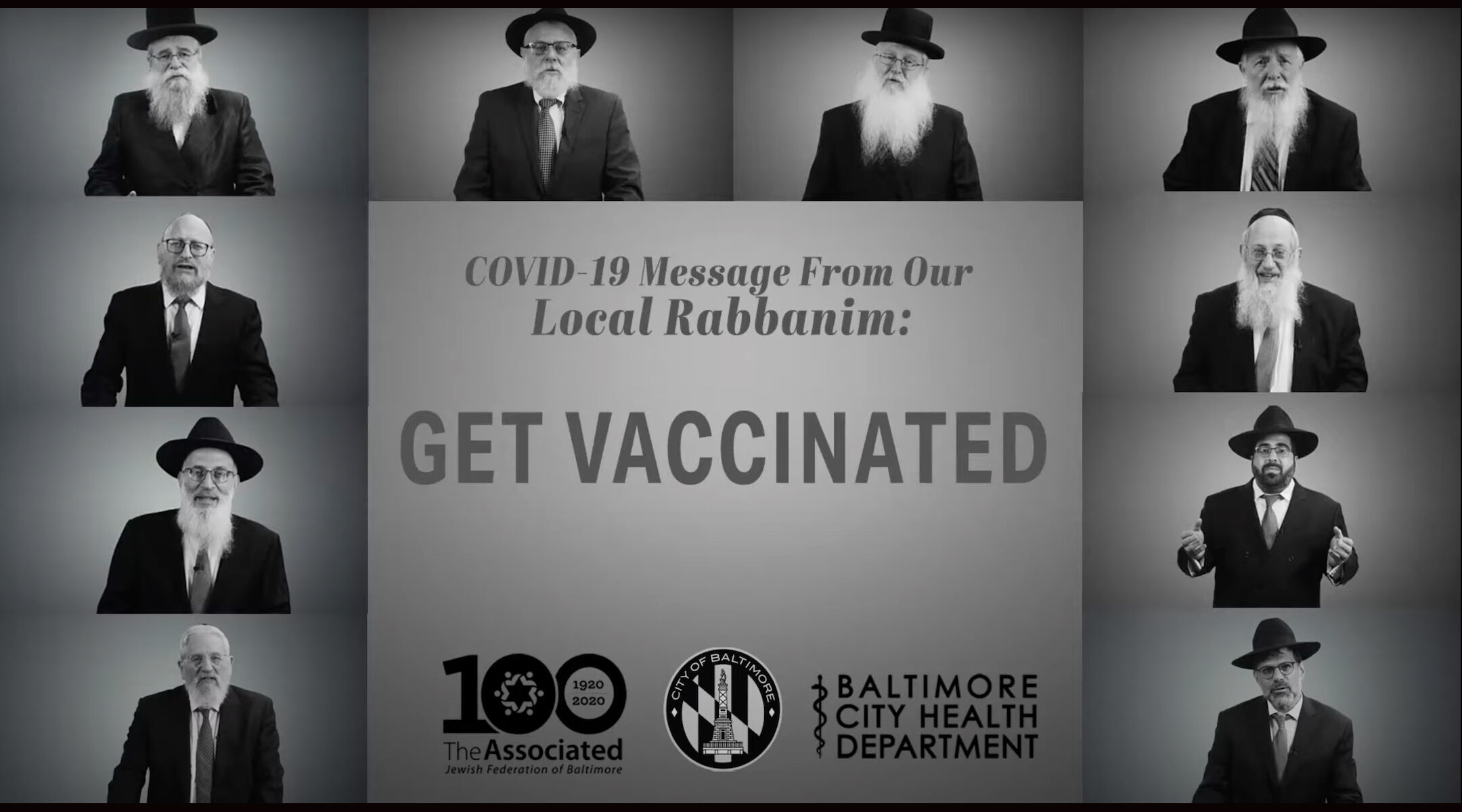 Orthodox rabbis in Baltimore and on New York's Long Island in a video urge their community members to take the COVID vaccine ahead of the High Holidays. (Screenshot from YouTube)
Advertisement

(JTA) — Rabbis in multiple Orthodox communities are urging their members to take the COVID-19 vaccine in the days before Rosh Hashanah.

As cases and deaths from the Delta variant continue to rise in parts of the country, rabbis in Baltimore, Maryland, and New York’s Long Island released video messages calling on unvaccinated community members to take the shot.

“You haven’t lived through enough?” asked Rabbi Yaakov Bender, head of Yeshiva Darchei Torah in Far Rockaway, before adding a sentence in Yiddish. Far Rockaway, a neighborhood in Queens which is home to a large Orthodox community and is adjacent to a number of large Orthodox communities on Long Island, has one of the lowest rates of vaccination in New York City. “We in the community have to realize that if 99% of doctors say to take the shot, you take the shot. What are we, playing games?”

The video from the Long Island rabbis, which was released Wednesday, directly addresses one piece of misinformation about the vaccines that has spread widely in Orthodox communities: that they can adversely impact fertility for men and women. In the Orthodox community, where birth rates are typically higher than in the general population due to the importance placed on bearing children, such fears have caused some to forgo the vaccine.

“We see no evidence of any kind of negative outcomes for fertility and no evidence of increased risk to women of childbearing age,” said Rabbi Shalom Axelrod of the Young Israel of Woodmere said.

Other rabbis stressed the importance of vaccinations to safely celebrate the High Holidays, which are often marked with large gatherings in synagogues and for holiday meals.

“Travel and celebrate the ‘yamim noraim’ responsibly, get vaccinated now,” said one rabbi in the Baltimore video, which was released last month, using the Hebrew words for the High Holidays.

Some of the rabbis even thanked God for the vaccines.

“The ‘ribbono shel olam’ has given us a gift, safe and effective vaccines,” one said, using a Hebrew term for God.