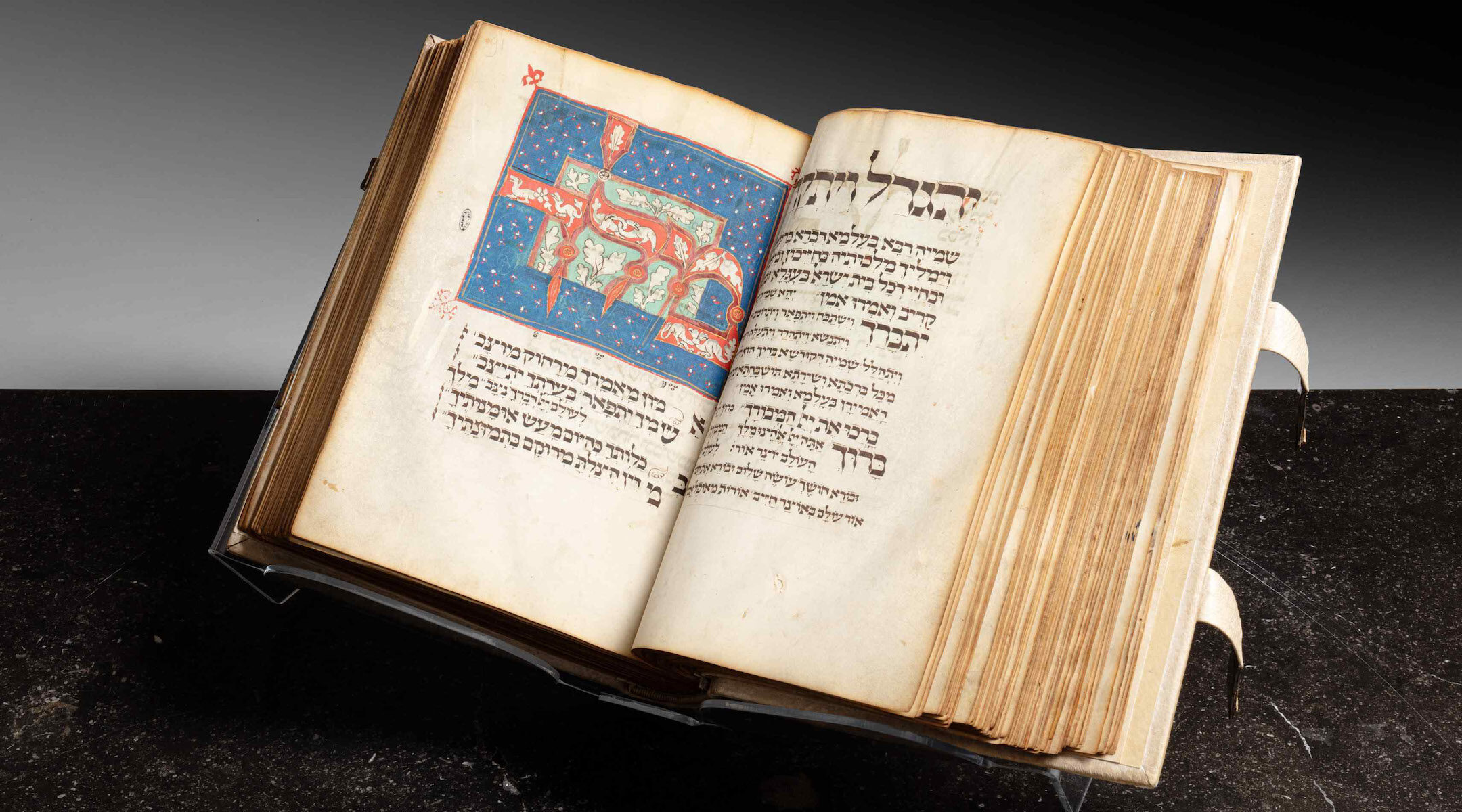 The Luzzatto High Holiday Machzor contains many of the same prayers that Jews recite today, including the Kaddish. (Courtesy of Sotheby's)
Advertisement

(JTA) — If you find your synagogue’s prayerbook a little dull at Rosh Hashanah services next week, you may be able to buy a livelier — and much older — alternative for next year.

That is, if you have $4 million lying around.

Sotheby’s announced Thursday that it will be putting a 700-year-old illustrated Rosh Hashanah and Yom Kippur prayerbook, known as a machzor, up for auction starting Oct. 19.

The Luzzatto High Holiday Machzor is the oldest Hebrew prayerbook ever to be sold at auction, according to Sotheby’s.

The seller is the Alliance Israélite Universelle, a Jewish organization based in Paris, which will use the proceeds for education and scholarships. The prayerbook is expected to go for $4 million to $6 million.

Named for one of its owners, the Luzzatto machzor was written and illuminated in southern Germany around the late 13th or early 14th century by a Jewish scribe and artist named Abraham, according to Sotheby’s. It was then passed through Jewish communities in France and Italy. As it traveled, different owners wrote notes in the margins and amended the text based on their local customs.

Photos show that the machzor contains many of the same prayers recited by Jewish communities today — including the Kaddish and the Avinu Malkeinu liturgy particular to the High Holidays period. The illustrations include a man blowing a shofar while propping up one leg on a platform.