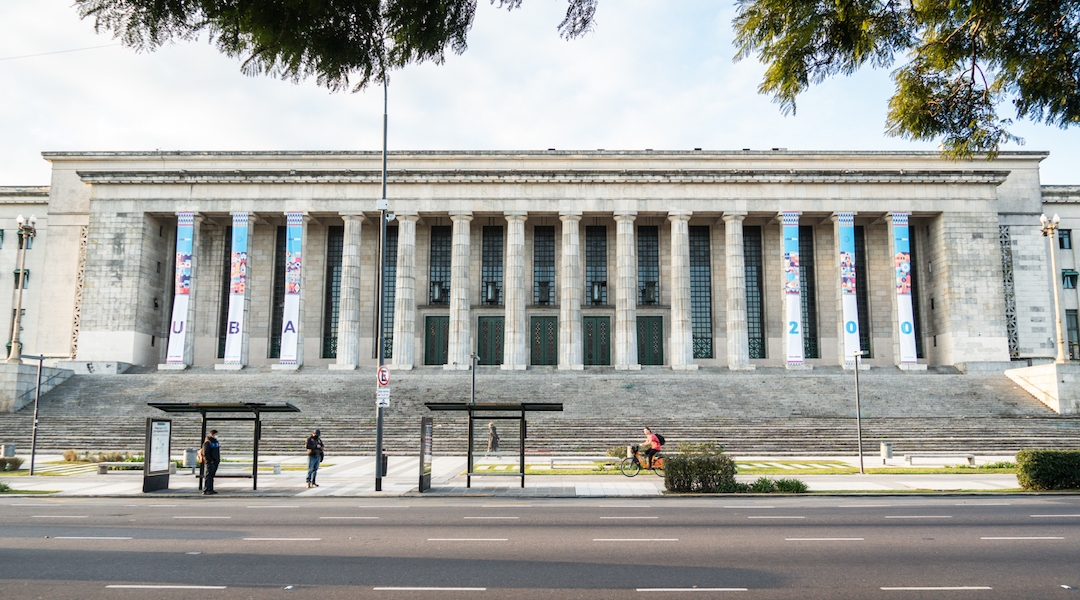 (JTA) — The law school of the University of Buenos Aires has launched a watchdog institute to monitor antisemitism.

The Observatory on the Fight Against Antisemitism will advise local and international institutions, educate legal professionals and provide legal tools to combat antisemitism. It aims to find and analyze antisemitism in the press, social media, public speeches by officials and in educational institutions. A law professor, Juan Antonio Travieso, will head the institute.

In an online inauguration ceremony Wednesday on YouTube, Travieso said he has analyzed how judges, attorneys and scholars thought and acted during Nazism.

“Judges can’t stop the cultural degradation, but we — men and women of law — can oppose … Nazi behaviors and hate speech,” he said.

Travieso added that a training seminar on the Holocaust by Yad Vashem in Jerusalem was a moving experience for him.

The launch event included messages by Israel’s ambassador to Argentina, Galit Ronen, as well as officials from DAIA, the main Jewish umbrella in Argentina, and the Simon Wiesenthal Center. The three Argentine Jewish leaders mentioned that they had all graduated from the University of Buenos Aires School of Law.

The university is the largest and most prestigious in Argentina with more than 300,000 students, and it boasts five Nobel laureates. Its law school is over 200 years old and currently has 28,000 students.

Since 2002, Argentina has been the only Latin American member of the International Holocaust Remembrance Alliance. Last October, the University of Buenos Aires adopted the IHRA definition of antisemitism.