‘I will protect you’: At Jewish museum, NY Gov. Hochul unveils $25M for nonprofit security 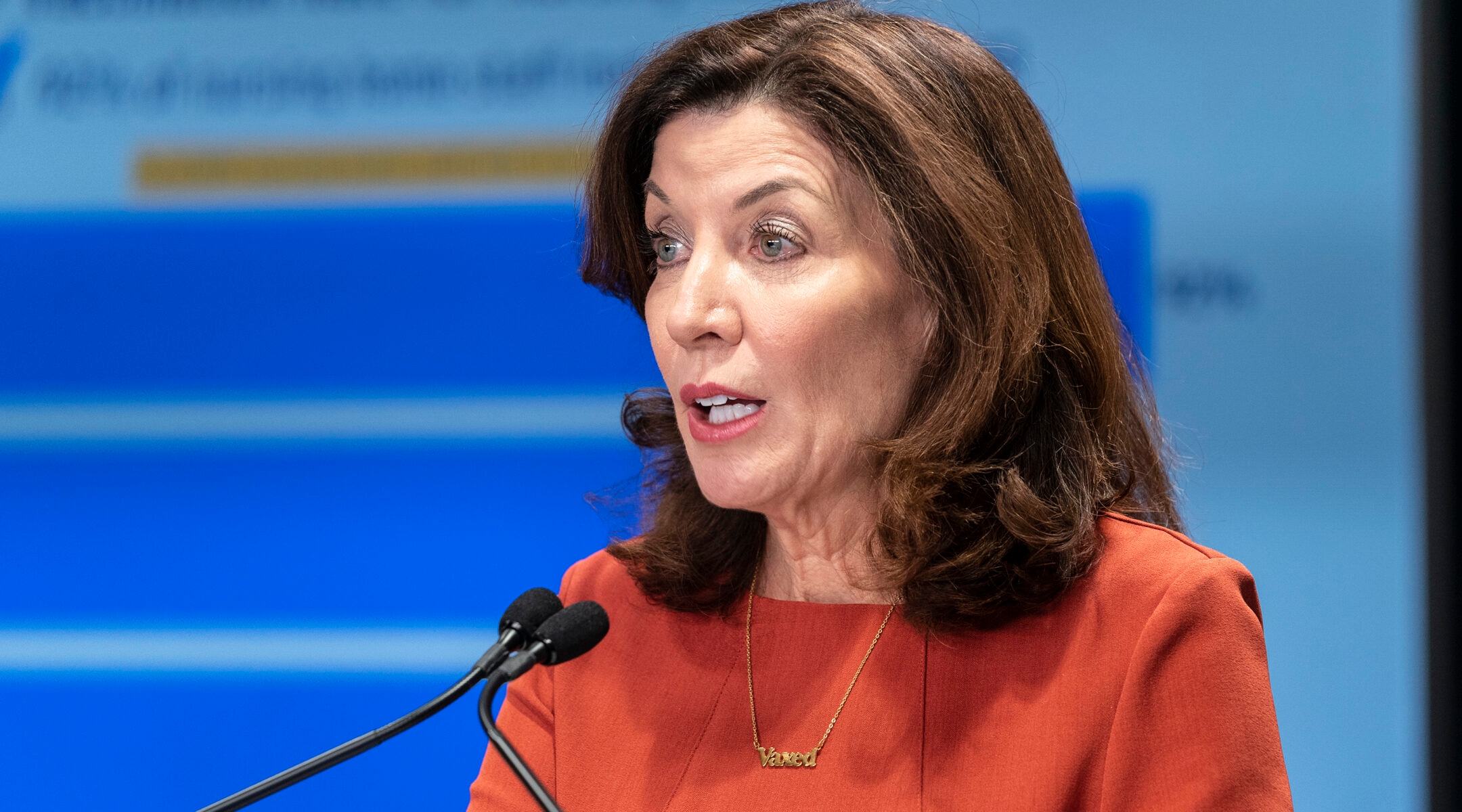 Speaking at the Museum of Jewish Heritage in Lower Manhattan Wednesday, where a Confederate flag was tied to its doors earlier this year, Hochul also announced the rollout of a new online hate-crime reporting system meant to help the state deploy resources immediately and effectively.

“You continue to wear that yarmulke every single day and I will protect you,” said Hochul. “This stops now. We’re letting people know that if they dare raise a hand to any New Yorker, they are picking a fight with 20 million others, starting with their governor.”

The grants are part of the Securing Communities Against Hate Crimes Grant Program, which solicited grant proposals in spring 2020 from schools, day care centers, museums and camps to boost infrastructure and security against hate crimes and hate-related incidents in New York. Hochul said the new funding will support another 800 projects across the state.

This year, the NYPD has already reported 371 hate-related incidents in New York City, across the Jewish, Asian, Black and LGBTQ communities. The Federal Bureau of Investigation’s 2020 Hate Crime Statistics report showed that overall hate crimes were rising, and that antisemitic hate crimes made up 57% of all religious bias crimes.

The Jewish Community Relations Council of New York praised Hochul, saying “at long last” hundreds of organizations that submitted grant applications in spring 2020 will have access to funds to upgrade security hardware, planning and training.