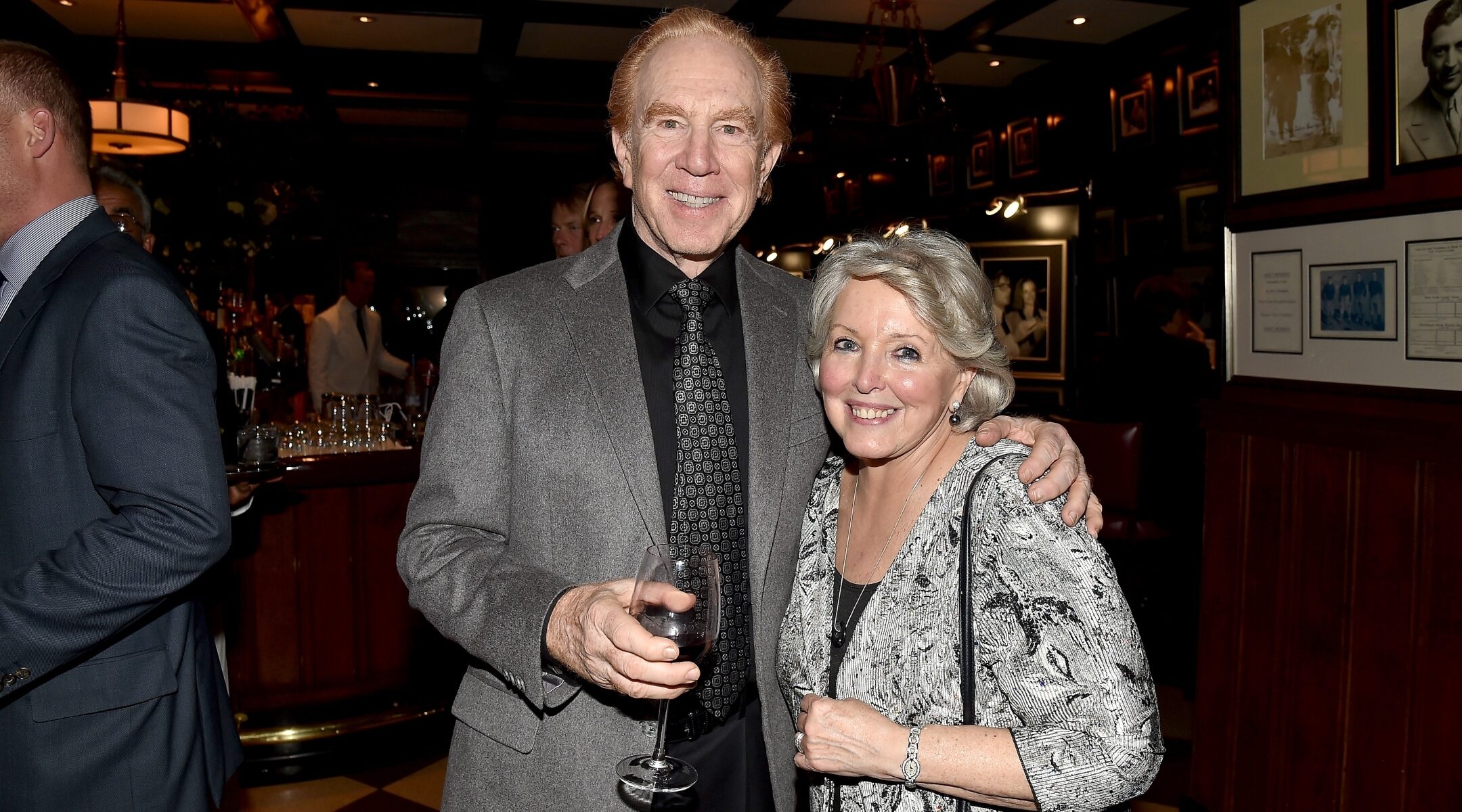 (JTA) — Alan Kalter, his rabbi said, was a “mensch,” a past temple president who dutifully Zoomed into services throughout the pandemic.

Kelter died Monday at 78 at at Stamford Hospital in Connecticut, surrounded by his wife and daughters. His colleagues took to social media, remembering him as a “lovely” man who was generous with his praise and encouragement.

That might not be the Alan Kalter you remember: For 20 years on “The Late Show With David Letterman,” Kalter was not only Letterman’s announcer but played a foul-mouthed narcissist and buffoon.

Letterman, who delighted in getting his staff and guests to play against type, took it to extremes with the affable and self-effacing Kalter, who joined the talk-show host in 1995 and stayed through Letterman’s retirement from broadcast TV in 2015.

A favorite routine was “Alan Kalter’s Celebrity Interview.” Letterman would introduce Kalter and the camera would cut to Kalter, seated across from an A-list celebrity. George Clooney, Will Smith, Harrison Ford and Jodie Foster were among those who gamely played along.

Instead of interviewing the celebrity, Kalter would spend two minutes abusing Letterman, accusing his boss of sycophantic behavior toward the celebrity (“suckhole” was one of the printable pejoratives Kalter favored), then turning on the guest — who reacted only with facial expressions, and hardly ever said a word. Kalter would rip off his mic and storm off the stage, as backstage staffers grinned and applauded.

“That’s the last time we hire a guy without an interview,” Letterman said after a session with Nicolas Cage.

Kalter, born in Brooklyn, taught high school English in Long Island before breaking into radio and becoming a game show announcer. When Letterman was seeking a replacement for Bill Wendell, his first announcer, a producer brought in an audiotape of auditions. Kalter’s was “the first and only voice” we listened to, Letterman said.

Kalter would break into show tunes, to Letterman’s mortification, or would present as a leering predator, offering to “comfort” Britney Spears after her divorce.

Another recurring theme was the introduction of Kalter’s long lost “son,” played by an actor who looked eerily like him, down to the copper red hair. Kalter at first denies the obvious (“For my 18th birthday my parents gave me a vasectomy”) and then cops to it, kind of.

Letterman, in a statement, recalled Kalter as a game victim of his staff’s jokes. “Whatever else, we always had the best announcer in television,” Letterman told The Associated Press. “Wonderful voice and eagerness to play a goofy character of himself. Did I mention he could sing? Yes he could. He enthusiastically did it all. A very sad day, but many great memories.”

Letterman’s writers lit up social media remembering Kalter, whose nickname was Big Red because of his hair. “We loved writing for him,” said Carter Bays on Twitter. “Such a cheerful presence on the show. And around the office. Rest easy Big Red.”

Caissie St. Onge, another writer, recalled on Twitter of Kalter, “He instituted the policy of saying, ‘I enjoyed that one!’ to me. He made me feel legit.”

Rabbi Joshua Hammerman of Temple Beth El in Stamford told the conngregation in a note obtained by Variety that Kalter was a “mensch” and a past president of the Temple “who was deeply committed to Jewish values and the Jewish people and was especially devoted to this, his home community.” His family asked that in lieu of flowers, mourners contribute to charities, among others, the temple’s mitzvah fund.

“Over the past year, he attended our daily Zoom minyan so religiously that he even joined in from the golf course at Rockrimmon,” Hammerman said.