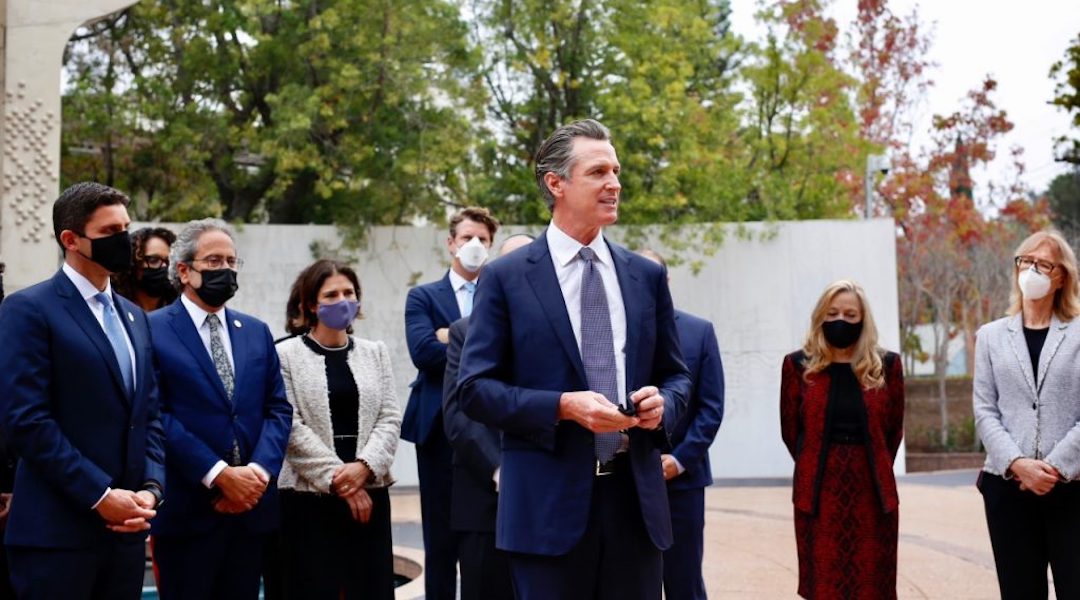 California Gov. Gavin Newsom announced the formation of a Council on Holocaust and Genocide Education at the Museum of Tolerance in Los Angeles. (Governor Newsom's office)
Advertisement

(JTA) — California Gov. Gavin Newsom announced the formation of a council on Holocaust and genocide education Wednesday at the Museum of Tolerance in Los Angeles.

The council will provide educational resources regarding the Holocaust and other instances of genocide to students at California schools and “provide young people with the tools necessary to recognize and respond to on-campus instances of anti-Semitism and bigotry,” according to the governor’s office.

“We find ourselves in a moment of history where hate pervades the public discourse,” Newsom said. “National surveys have indicated a shocking decline in awareness among young people about the Holocaust and other acts of genocide.”