Writing Hebrew letters creatively is a Jewish tradition. This rabbi sees sacredness in doodles, too. 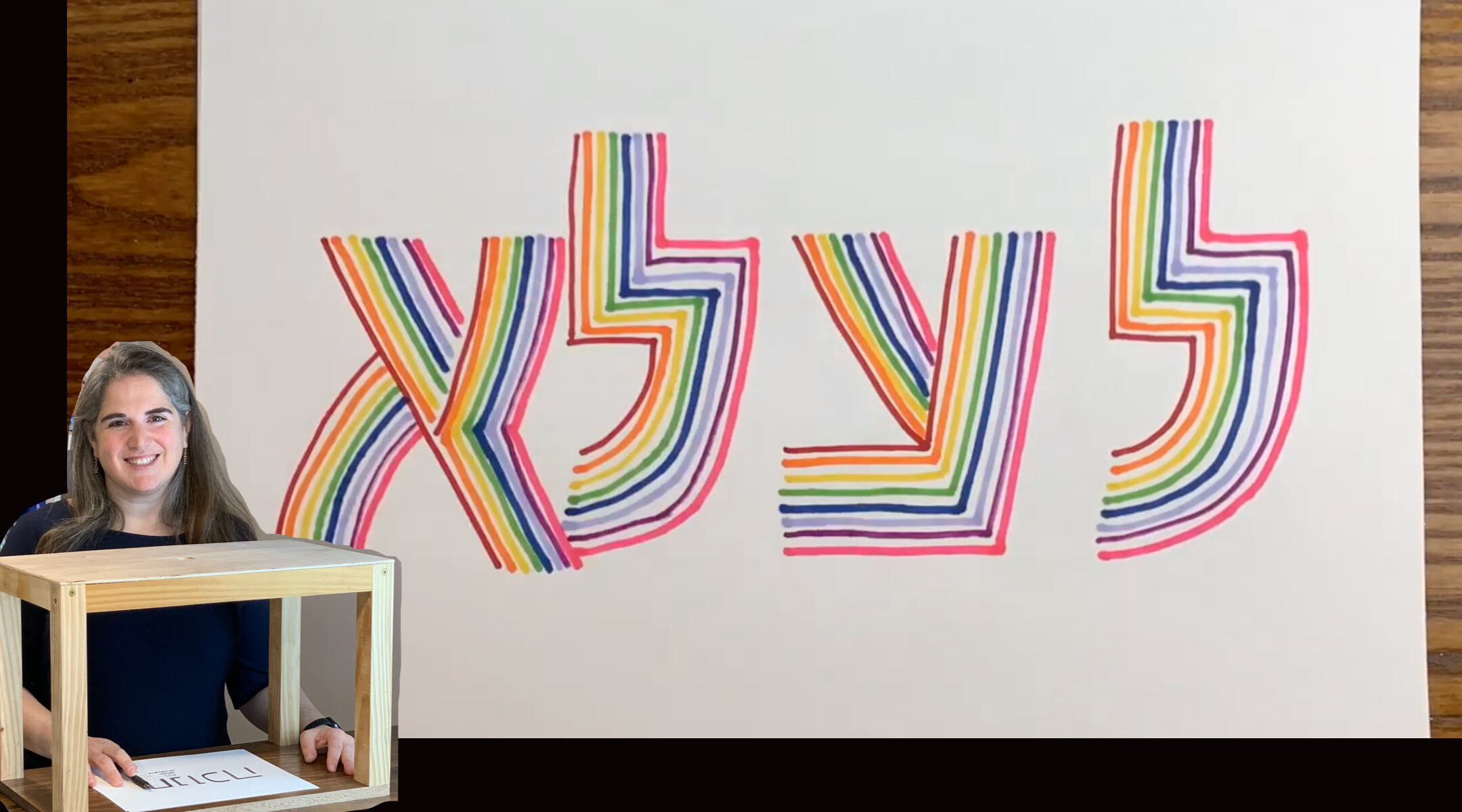 Rabbi Emily Meyer launched Doodly Jew as a pandemic hobby. But she says it has deep roots in Jewish tradition — and potential to improve Hebrew education in the future. (Emily Meyer)
Advertisement

(JTA) — When the pandemic kept Rabbi Emily Meyer stuck at home last year, she took up a hobby familiar to any elementary school student — doodling.

But Meyer, a Jewish educator in the Pittsburgh area, didn’t use the margins of a notebook as her canvas. Instead, she started drawing around Hebrew letters, using brightly colored markers to hug the contours of the aleph bet, the Hebrew alphabet, sometimes making detours to doodle images related to each letter. Then she started posting them on Facebook as Doodly Jew.

In the process, she realized that the doodling process could be a tool to teach Hebrew words, Jewish prayers and the names of the weekly Torah portion.

“This is not art that you can hang up in a museum, right? These are really doodles,” Meyer said. But she stressed that art doesn’t have to be professionally produced to be worthwhile, saying, “There’s actually a cognitive benefit to drawing shapes and images to represent words.”

Over time, Meyer began collaborating with other Jewish educators to produce more involved videos, still based on her drawings. In addition, Jewish educators across the country have used Meyer’s videos to teach vocabulary — a boon at a time when many Hebrew schools have remained virtual and teachers are contending with challenges engaging students.

“That for me is definitely the most rewarding element of this, finding a way to reach into the screen of the students and help them engage,” Meyer said.

We spoke to Meyer about how she became Doodly Jew, the historical tradition that inspires her and how she hopes Hebrew education can evolve. This interview has been lightly edited for length and clarity.

JTA: How did you come up with the idea of doodling as a way to teach Hebrew?

I’ve been a teacher for a long time and I am a rabbi. It’s hard to find ways to engage students. Teachers are always doing amazing work, and in the pandemic had to step up and figure out how to do their amazing work in a mostly digital realm. So I wanted to help create something to make it easier for teachers to engage students online. I thought about ways to simply, quickly, show something interesting about Hebrew. I know it’s really hard to teach a second language or a heritage language online.

But actually doodling around the letters of the aleph bet is age-old — it’s part of Jewish tradition to have illuminated manuscripts. 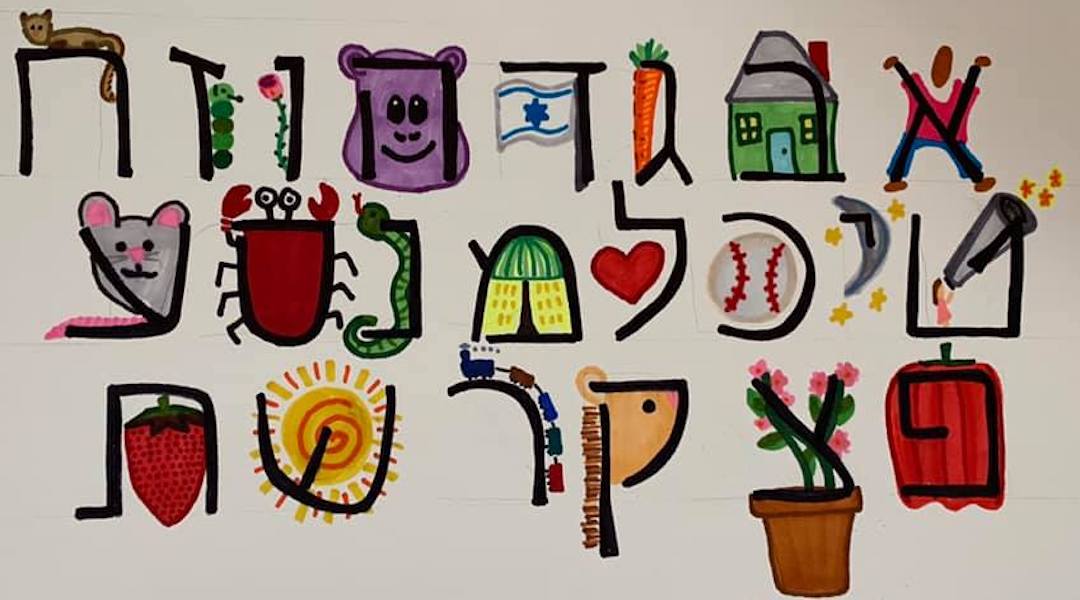 An illustration of the Hebrew alphabet. (Rabbi Emily Meyer)

Tell me more about how you see Doodly Jew as connected to historical examples of art related to the aleph bet.

Art has been a part of Judaism for as long as we understand, and creativity is really valuable in seeing shapes and letters in the aleph bet.

In the story of all the letters coming to God and asking which one can be used first for the creation of the world, they’re making their case to be used first in the creation of the world. It talks about how each letter has words that are connected to it, are integral to it, like the letter took on the personality of the words that they begin. And the shape of the letters is meaningful, what letters make up the shape of other letters, like the “heh” being made up of that hidden “yud” in there. And from those ideas we go to the illuminated manuscripts of the 1100s to 1200s and beyond.

What do you want your audience, or students who are learning from your videos to get out of your doodles?

I want students to get a deeper appreciation for Hebrew, more familiarity with vocabulary and playfulness, love of learning. That’s part of what Judaism has as a core value. So I’m just hoping to enhance that love and that creativity and that excitement for engaging with Hebrew.

We know that children learn best when they’re doing something creative or doing something playful. I also talk about that when I work with teachers, showing them that being creative is part of this tradition and that we shouldn’t shy away from playing with the letters.

Do you have a favorite video that you’ve done so far?

My favorite work that I’ve been doing is my collaboration pieces, so I got to collaborate with some amazing artists like Chava Mirel and Eliana Light and Ben Pagliaro on songs and prayers, with the added visual benefit of doodling, and that’s been absolutely rewarding.

Hopefully that shows teachers and students that art can be a way to engage with the prayers of our tradition, not being afraid to give students colored pencils or markers to use during tefilah [prayer] time. I hear from a lot of teachers that they’re looking for ways to engage students during tefilah, and hopefully just getting to play with art, getting to play with prayer artistically, is good inspiration.