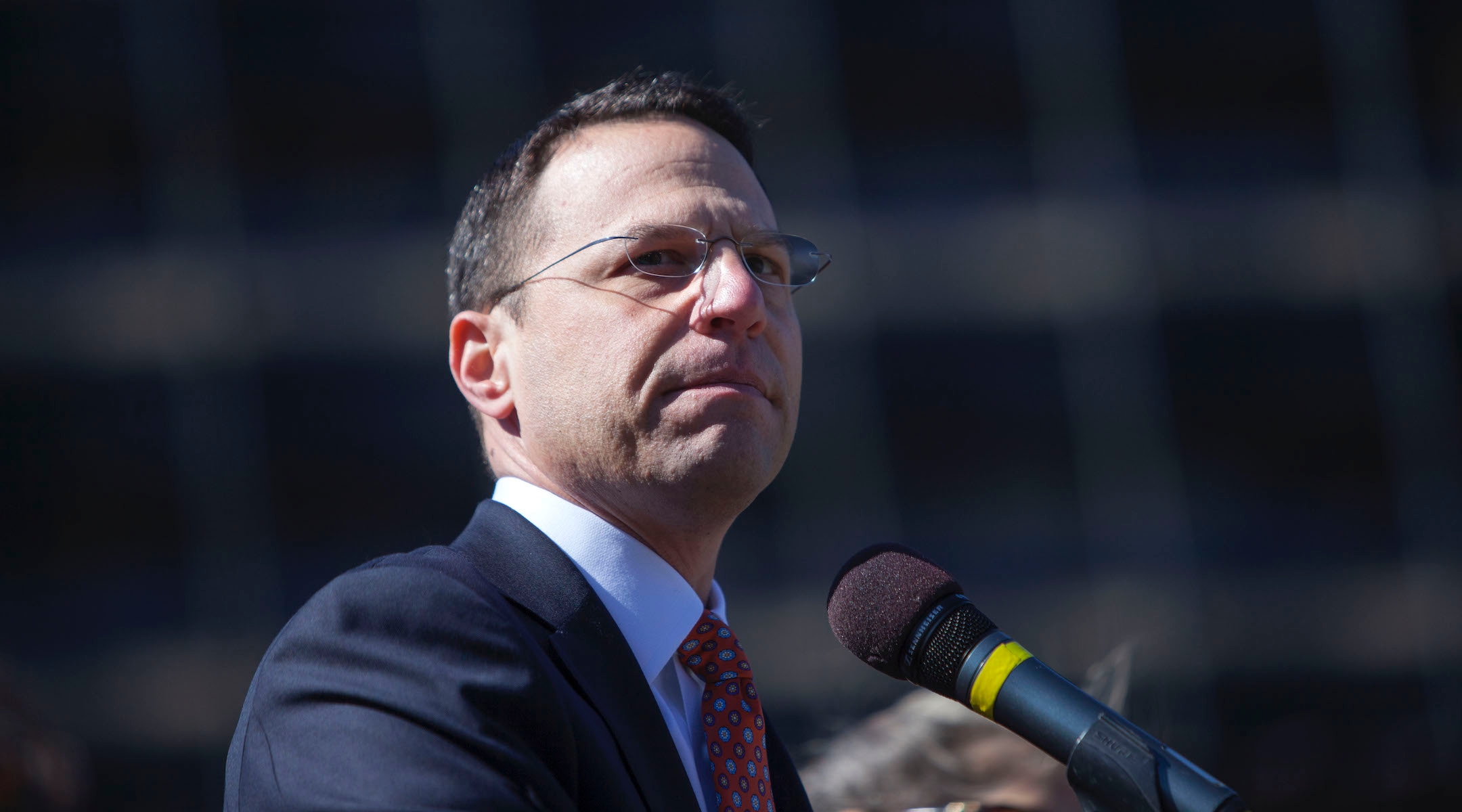 (JTA) — Josh Shapiro, the Pennsylvania attorney general who made national headlines last year pushing back against attempts to reverse Joe Biden’s win in the state, is running for governor of the state.

Shapiro, a Democrat who has deep roots in the Jewish community, made the long-expected announcement on Monday, The Associated Press reported. The incumbent governor, Tom Wolf, who cannot run for a third term, said as long ago as 2019 that he favored Shapiro to succeed him.

Shapiro, 48, last year rose to prominence resisting efforts by former President Donald Trump and his Republican allies in the state to stop the vote count or reverse it; Trump, who won Pennsylvania in 2016, lost it in 2020, but mounted a court battle over the vote count.

Shapiro also joined at least 40 lawsuits by Democratic attorneys general against Trump administration policy, more often than not winning. He led a 2018 investigation into child abuse in the Roman Catholic Church in his state that led to major reforms.

Shapiro is not likely to face any Democratic challengers, and no major Republicans have yet to settle on a front-runner for their ticket. The only Republican to announce their candidacy to date is retired heart surgeon Dr. Nche Zama.

Shapiro fought close races in 2016 and 2020 for attorney general, and will likely face a tough gubernatorial race. Republicans have said they will target him for rising crime rates in Philadelphia, among other issues.