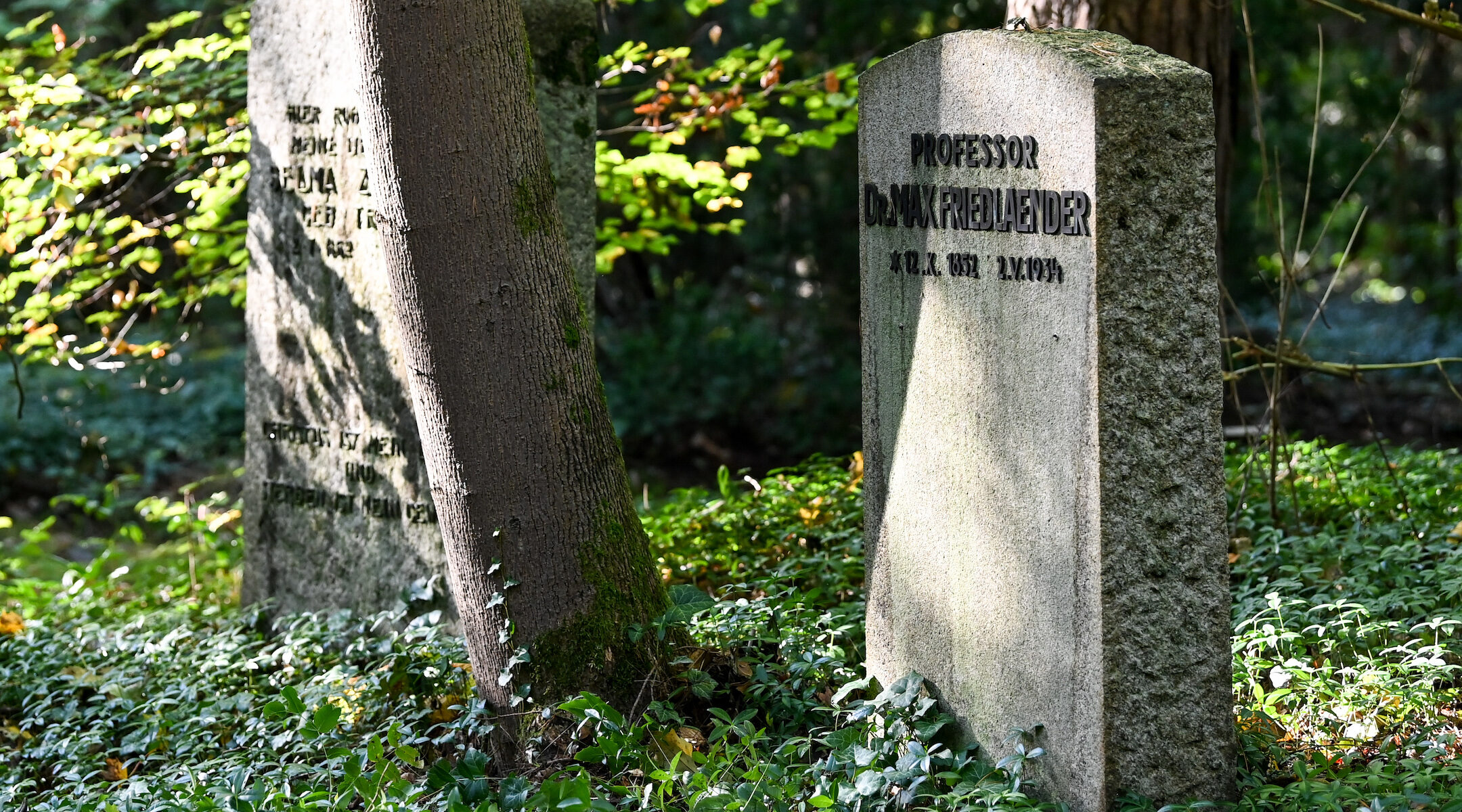 The grave of Max Friedländer, a Jewish singer and music scholar in Stahnsdorf near Berlin. (Jens Kalaene/picture alliance via Getty Images)
Advertisement

(JTA) — After the remains of a notorious Holocaust denier and neo-Nazi were interred last week in the burial plot of a German-Jewish music scholar who died before the Holocaust, the church that oversees the cemetery is looking into moving the neo-Nazi’s ashes to rectify its “terrible mistake.”

Henry Hafenmayer, a neo-Nazi known for denying the Holocaust, died last week and was buried Friday at the Stahnsdorf South-Western cemetery in Brandenburg, southwest of Berlin. The plot where Hafenmayer’s ashes were buried had belonged to Max Friedländer, a Jewish singer and scholar of music who died in 1934.

The cemetery’s management said Hafenmayer was originally denied a more central burial plot to prevent his grave from becoming a site of pilgrimage for neo-Nazis. But after denying Hafenmayer the more central plot, it accepted a request to bury him in Friedländer’s plot, which had been deemed available for a new burial because its lease had not been renewed, allowing the cemetery to move Friedländer’s remains elsewhere. Friedländer’s headstone remained in its place, however, because it was designated a historical monument.

According to the Guardian, Friedländer’s headstone was covered for Hafenmayer’s funeral with a sign inscribed with Hafenmayer’s name and a verse from the New Testament: “And you shall know the truth and the truth shall make you free.”

In a statement, Christian Stäblein, a bishop at the church, acknowledged the church’s error.

“The interment of a Holocaust denier at Max Friedländer’s gravesite is a terrible mistake and a staggering course of events in view of our history. We have to immediately look into whether we can revert this process,” Stäblein said.

In a tweet, Samual Salzborn, Berlin’s commissioner on antisemitism, said the choice of Friedländer’s gravesite for Hafenmayer’s burial was not an accident.

“The intention here is obvious that right-wing extremists deliberately chose a Jewish grave in order to disrupt the peace of the dead by burying a Holocaust denier,” he wrote in a tweet Tuesday. Salzborn filed a criminal complaint with the justice department.