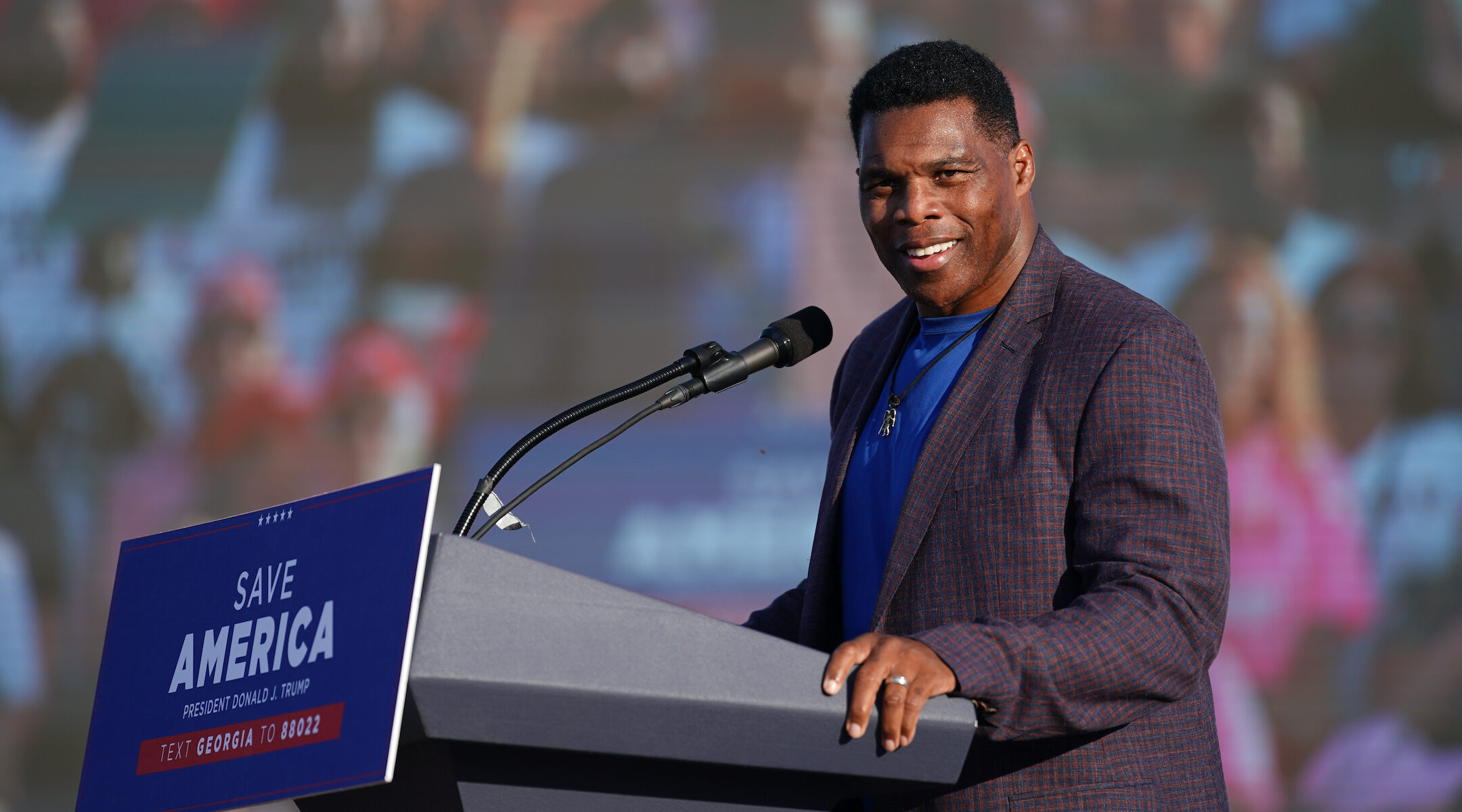 (JTA) — A Republican candidate for the U.S. Senate in Georgia canceled a fundraiser that was set to be hosted by a film producer whose social media account prominently displayed an anti-vax symbol in the shape of a swastika.

The producer, Bettina Sofia Viviano-Langlais, was set to host a fundraiser for Herschel Walker, a retired football player who is running for the Republican nomination for U.S. Senate in Georgia.

Viviano-Langlais’ Twitter profile picture showed four syringes arranged in the shape of a swastika, an emerging symbol in the anti-vaccination movement that has made comparisons between public health rules and the Holocaust a mainstay.

Also in the Jolt this am, one of the hosts for a weekend fundraiser for @HerschelWalker this weekend appears to have a swastika as her profile pic. We have reached out for a response from the Walker camp. pic.twitter.com/MynCVfvn93

Asked for comment about the image by The Atlanta Journal-Constitution, the campaign first responded with a statement Wednesday morning saying the image was “clearly an anti-mandatory vaccination graphic” and that “Herschel unequivocally opposes anti-semitism and bigotry of all kinds.”

But within a few hours, the campaign changed course, calling the image “very offensive” and saying it “does not reflect the values of Herschel Walker or his campaign.” It canceled the fundraiser, which had been set for this weekend.

Viviano-Langlais denied that the image was antisemitic in a since-deleted tweet, though she misspelled the word in the process.

“I am the poster and because of the Left’s need to silence free speech I took it down,” she wrote Wednesday. “It’s insane to think that pic was Anti-Semetic. Desperate actually. It was a pic showing what happens when fascists demand people insert foreign material into their body they don’t want…”

If he wins the Republican nomination in May 2022, Walker would face Democratic Sen. Raphael Warnock in the general election in November 2022. Walker has been endorsed by former President Donald Trump.

Ohio is investigating a Nazi homeschooling network that celebrates Hitler