Shelf-help: Librarians are asking how to turn their archives into weapons against antisemitism 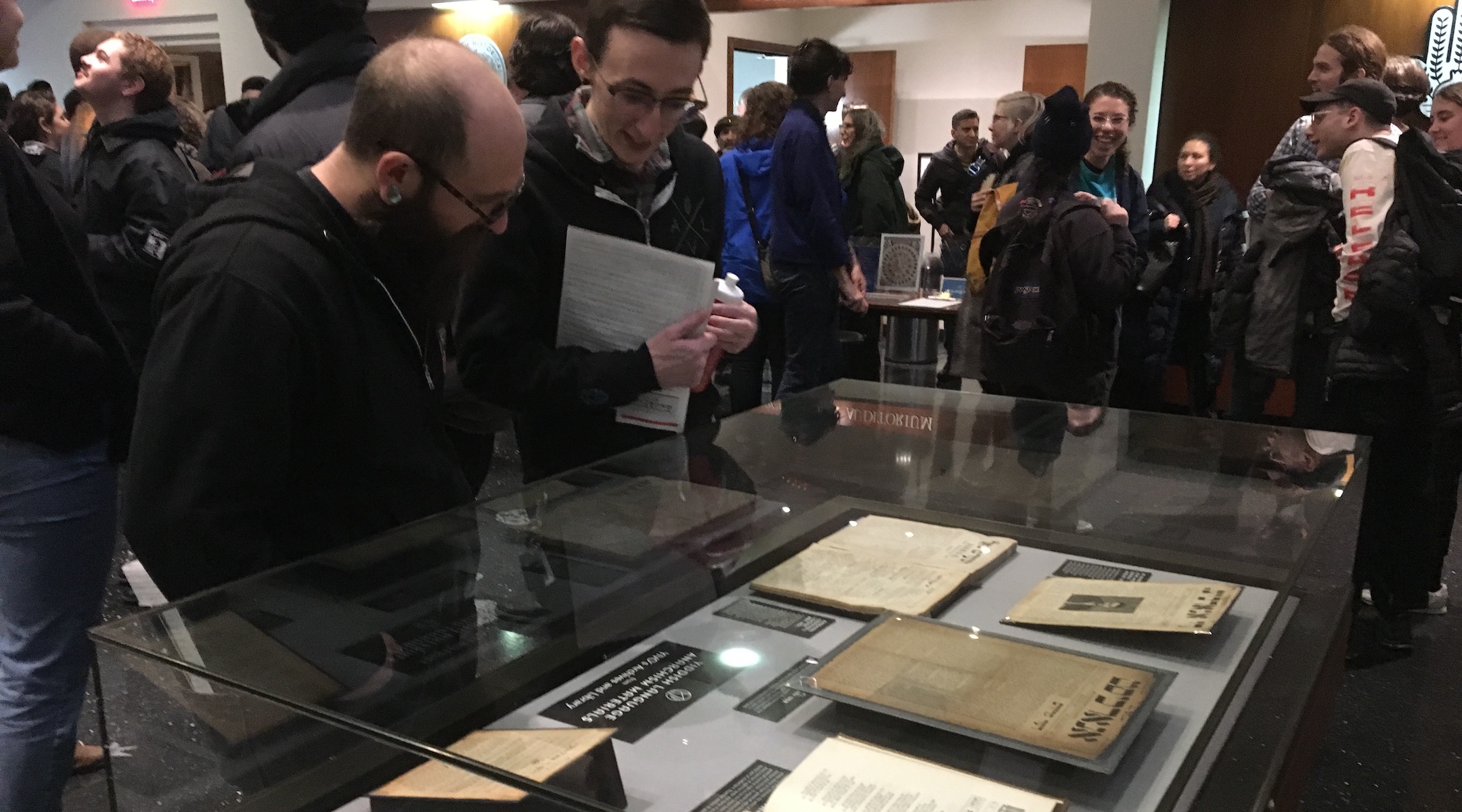 (New York Jewish Week via JTA) — Archives, libraries and museums can seem unlikely players in the fight against modern-day antisemitism, absorbed as they are in cataloguing and exhibiting the past.

But Bernard Michael recalled the gum wrappers stored in one of the archives at New York’s Center for Jewish History, where he is president and CEO. Each wrapper, smuggled out out of the Soviet Union in 1982 by an American visitor, contains tiny hidden messages by and about Jews who had been denied permission to emigrate. The microscopic notes reminded him of the love and desire for connection that real people felt when they were separated from their families due to systematic antisemitism.

“We need to bring the history of antisemitism to life in order to combat it,” said Michael. “We are bringing history to the present day, so that people can make use of that history, understand how we got here, and decide where we want to go.”

CJH, in collaboration with jMUSE, is presenting an all-day conference Sunday to do just that. “Confronting Antisemitism: Activating Archives, Libraries, and Museums in the Fight Against Antisemitism” will feature seven virtual sessions dedicated to combating antisemitism through the use of archives in libraries, museums and universities.

The symposium is the first of its kind. It will urge archivists and curators to use their holdings and programs to foster understanding of antisemitism and promote change.

“The goal of the symposium is to have a conversation about connecting historical study with contemporary action and future impact,” said JMuse CEO Michael Glickman, who founded the organization to help Jewish cultural institutions and their funders “think big” in presenting new ideas and content. “When we focus on places of memory and places of learning, and when we make these materials available, it will help the audience get a better understanding of why something in the past is relevant today.”

The event will feature librarians, archivists, and academics from several universities across the globe, including a panel with Dr. Carla Hayden, Librarian of Congress, and David S. Ferriero, Archivist of the United States. Among the speakers is Barbara Kirshenblatt-Gimblett, chief curator of the POLIN Museum of the History of Polish Jews in Warsaw, whose goal has been to counter negative stereotypes about Jews.

The Center for Jewish History and its five partner organizations — the American Jewish Historical Society, American Sephardi Federation, Leo Baeck Institute, Yeshiva University Museum and YIVO Institute for Jewish Research — possess the largest and most comprehensive archive of Jewish historical artifacts in the world outside of Israel.

“This will go beyond the statistics and data, it will present a storyline through history of how we got to where we are today. It will empower people to go forward and come up with ways in which people can come up with their own solutions to take action and combat antisemitism,” said Michael.

With thousands already registered, the organizers hope that the event will have an impact across the globe. “There is a reason that we have gone broad with our reach on this. We really truly deeply believe in the ability to combat, fight, and confront antisemitism by bringing thoughtful people together who believe in debate and discussion about how history has impacted where we are in the current moment,” said Glickman.

Confronting Antisemitism: Activating Archives, Libraries, and Museums in the Fight Against Antisemitism will take place on Sunday, Oct. 17. Register and see the full list of speakers here.