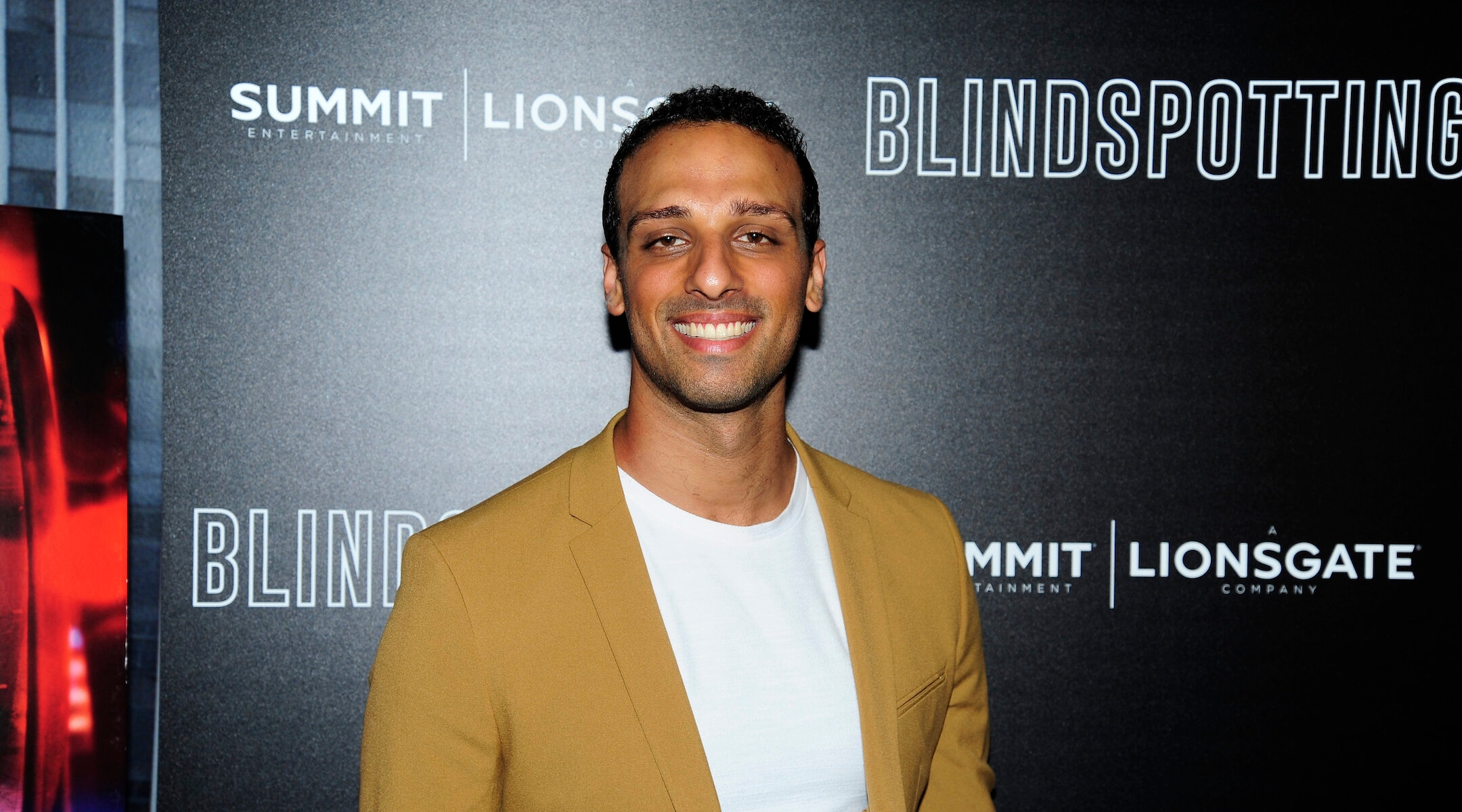 (JTA) — An Off-Broadway show about an undocumented Syrian immigrant will open without the Jewish actor who was slated to play the part.

“The Visitor,” starring the Tony Award-winning actor Ari’el Stachel, was set to open Off-Broadway at New York’s Public Theater in April 2020 and is only now in previews following the COVID-19 shutdown.

Stachel had previously expressed misgivings about his casting in the musical, in which he plays an undocumented Syrian character who is sent to a U.S. Immigration and Customs Enforcement detention center. Earlier this year, he told Playbill, he asked the production team why his character — who was raised in the United States — would speak with an accent.

The start date of “The Visitor” had been delayed this fall, with the theater citing “conversations and commitments around equity and anti-racism.”

Requests for comment from Stachel’s representatives were not immediately returned.

“The Public Theater and Ari’el Stachel have made a mutual decision that he will step away from THE VISITOR and his role in the production,” the theater said in a statement posted Oct. 20 to its social media channels. “We are grateful for his artistry and participation over the past six years. We wish Ari well in his future endeavors.”

“The Visitor” previews began Oct. 16, but in the show’s early preview performances, including one attended by JTA, Stachel’s role had been filled with an understudy.

The stage musical is adapted from the Oscar-nominated 2007 film of the same name. It tells the story of Walter, a white college professor, who travels to New York City to find Tarek and Zainab, a young, undocumented couple staying in his apartment. After Tarek, who is Syrian, is arrested due to a misunderstanding and subsequently sent to an ICE detention center, Walter gets entangled in their lives trying to help him stay in America.

According to Playbill, “recent discussions have included the concern over the centering of a middle-aged white man as a protagonist in a story largely about immigrant experiences as well as assurances that cast members have access to resources to fully participate in telling these stories.”

The COVID-19 shutdown of New York theater coincided with the protests over the police killings of African-Americans, forcing many theater and arts companies to confront issues of representation and inclusivity.

Stachel has been with the show since early workshops, and his frustration over his character’s accent has been one of the more contentious issues of the show.

“I got to the point where I couldn’t separate the experiences I was having in the world with what I was doing on stage. It is not enough to just play a role and have fun, it really needs to exist and align politically, spiritually, artistically, for me,” Stachel told Playbill in April. “I thought to myself, ‘my brown body needs to be not seen as an “other” anymore,’ so I’m actually trying to morph this opportunity.”

Stachel previously won a Tony for his role as Haled, an Egyptian musician, in “The Band’s Visit,” the smash-hit stage adaptation of the 2007 Israeli movie. Stachel’s father was born in “an immigrant absorption tent city” to Yemeni Jews and his mom is Ashkenazi, from New York.

“In third grade, someone told me I was too Black to be Jewish,” he told the Jewish Telegraphic Agency in 2017. By high school, said Stachel, “I started avoiding being seen in public with my father. I didn’t want to be seen with somebody who looked like an Arab.” “The Band’s Visit,” about an Egyptian band stranded in an Israeli backwater, helped him connect with his Middle Eastern and Arab identity.

When auditioning for Haled, Stachel explained to Playbill, he “felt this was actually our only shot and, at the time, it was exhilarating to just have a job on Broadway. By the time I got around to ‘The Visitor,’ actually, I started having an issue with the fact that all of the roles I was playing had accents.”