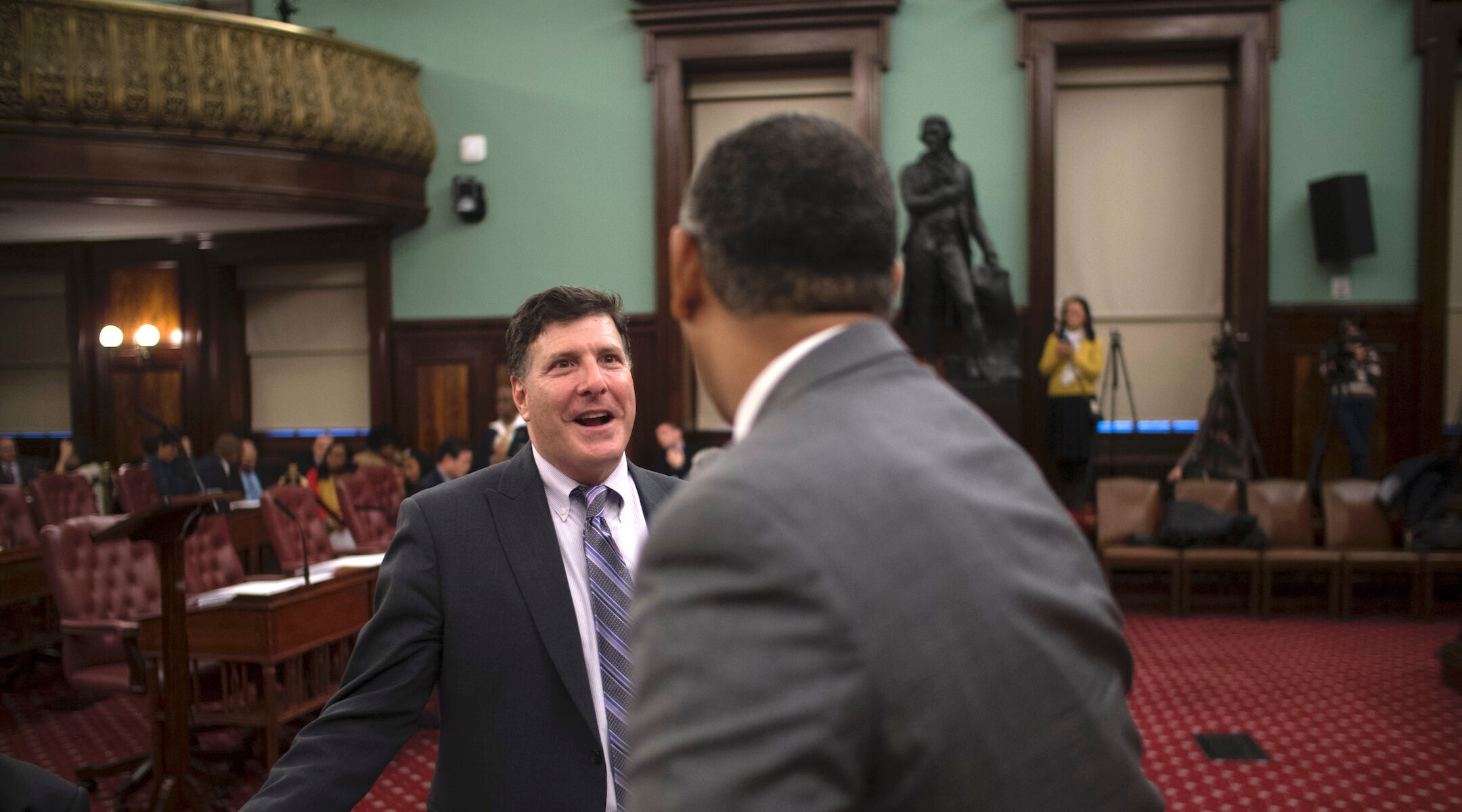 (JTA) — The statue of Thomas Jefferson that will be removed from the chambers of the New York City Council at the urging of Black lawmakers was a gift in 1834 from one of the first Jewish officers in the U.S. military.

The city’s Public Design Commission decided to remove the statue following complaints from Assemblymen Charles Barron, Councilwoman Inez Barron and others that Jefferson was a slaveholder.

The statue, which has stood in the city council’s chambers for over a century, was commissioned by Uriah Phillips Levy, a lifelong fan of Jefferson’s. Levy was a member of Congregation Shearith Israel, the Spanish-Portuguese synagogue in New York City.

Levy served in the U.S. Navy, including during the War of 1812, eventually earning the rank of commodore. Having faced antisemitic prejudice in the Navy, Levy fought against religious discrimination and commissioned a bronze sculpture of Jefferson that stands in the U.S. Capitol Rotunda, in honor of Jefferson’s support for religious freedom. The New York version is a copy. Levy even purchased Monticello, Jefferson’s mansion in Virginia, in 1836 and restored it.

It is not yet clear where the statue will end up after it is removed from the city council chambers. Possible new locations include another place within City Hall or at the New-York Historical Society, where it can be displayed with historical context.

In the same week that the decision was made to remove the Jefferson statue, a statue of a Jewish woman was put up in New York City. A life-size bronze of Diane Arbus, a photographer who was born on Manhattan’s Upper West Side in 1923, was erected in Central Park, where she took some of her most famous photos. The statue, only the second sculpture in the park to honor a real-life woman, will be on display until August 2022.