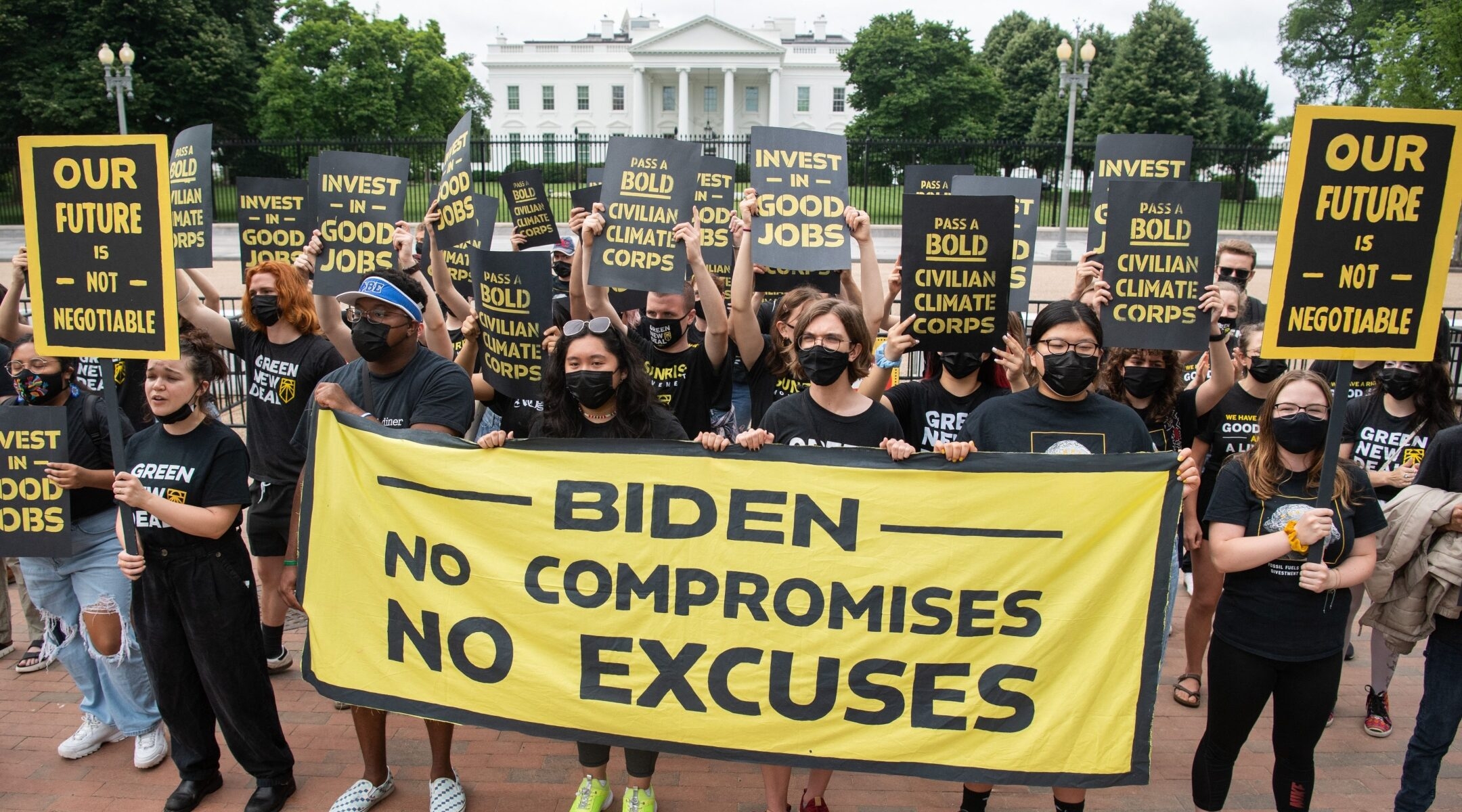 (JTA) — The national Sunrise Movement, an environmental advocacy group, said that a statement by its Washington D.C. chapter was “unacceptable and antisemitic” because it called for disassociating from progressive Jewish organizations for their Israel policies.

“To be clear, Sunrise DC’s statement and actions are not in line with our values,” the Sunrise Movement said Friday on Twitter. “Singling out Jewish organizations for removal from a coalition, despite others holding similar views, is antisemitic and unacceptable.”

Sunrise DC this week called for the removal of three progressive Jewish groups from a voting rights coalition: the National Council of Jewish Women (NCJW), the Reform movement’s Religious Action Center (RAC) and the Jewish Council for Public Affairs. The affiliate cited their Israel ties and policies, even though several non-Jewish groups in the coalition shared many of their stances toward Israel.

That brought condemnations from Jewish organizations, as well as calls on the national Sunrise movement to distance itself from its Washington D.C. chapter.

Sunrise DC appeared ready to change its tune. After making its Twitter feed private for two days, it reopened the feed on Friday afternoon with a more introspective tone. “We’ve been taking time to reflect, learn, and think carefully on what has transpired since we released our statement,” Sunrise DC said in a tweet. “We have been in conversation with our membership and local community and will be commenting further in the near future.”

A number of commentators noted that other groups in the voting rights coalition, the Declaration for American Democracy, shared the Israel-related views of the three Jewish groups Sunrise DC had named, including a commitment to a two-state solution. One large group, the American Federation of Teachers, has deep ties to the Jewish state, yet was not singled out by Sunrise DC.

The national movement on Thursday said that it had not seen the D.C. affiliate’s statement and went on to vaguely oppose antisemitism and anti-Palestinian racism in a statement, without taking a position outright on Sunrise DC’s call to boycott the Jewish groups.

On Friday afternoon, the D.C. chapter of the Black Lives Matter organization weighed in on the topic, arguing in a tweet that Sunrise DC’s statement “wasn’t antisemitic, no matter how many times oppressors want to repeat it.”

“Many in the mvmt[sic] for Black Lives are committed to freedom and justice for all people, including Palestinians,” their tweet read. The account later deleted the tweet after outreach by progressive Jewish groups.

Many protesters affiliated with the Black Lives Matter movement across the U.S. voiced their support of the Palestinians during Israel’s latest armed conflict in Gaza in May.