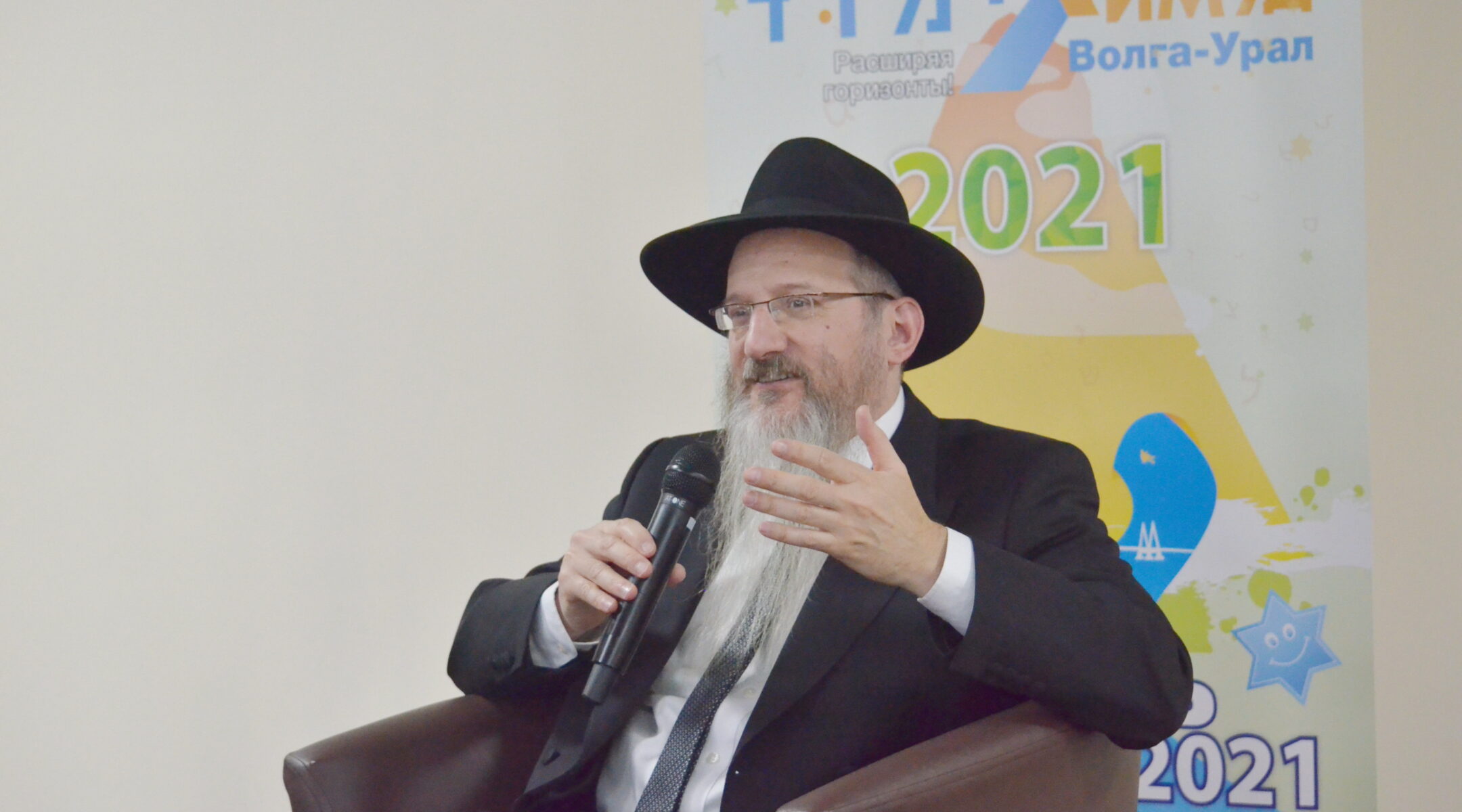 The last time Limmud FSU held a festival in Kazan, in 2016, hundreds of Jews from across the vast Volga-Urals region flocked to the event in Russia’s fifth-largest city.

Back then, the greatest obstacle to participation was geographic distance, yet some 600 people nevertheless turned up.

This month, Limmud FSU returned to Kazan for a three-day convention, but this time the challenges were quite different amid another wave of the coronavirus. Despite the pandemic concerns that prompted organizers to cap attendance at several hundred, there seemed no limit to participants’ enthusiasm for a Jewish celebration after nearly two years of social distancing in this historic city some 510 miles east of Moscow.

Under cold, crisp October skies, Russian-speaking Jews young and old gathered at a country retreat perched along the Volga River in the village of Borovoye Matyushino, about half an hour’s drive from Kazan, which is the capital of the Russian Republic of Tatarstan.

“This was our very first Limmud since 2016 and coronavirus,” said Limmud volunteer Katya Zueva, a professor of English and American literature at Kazan Federal University. “People were so happy that we finally managed to spend three days together, enjoying sessions, workshops, concerts and an amazing children’s program. And as a mother, I was really happy that my daughter, Elizaveta, was part of it.” 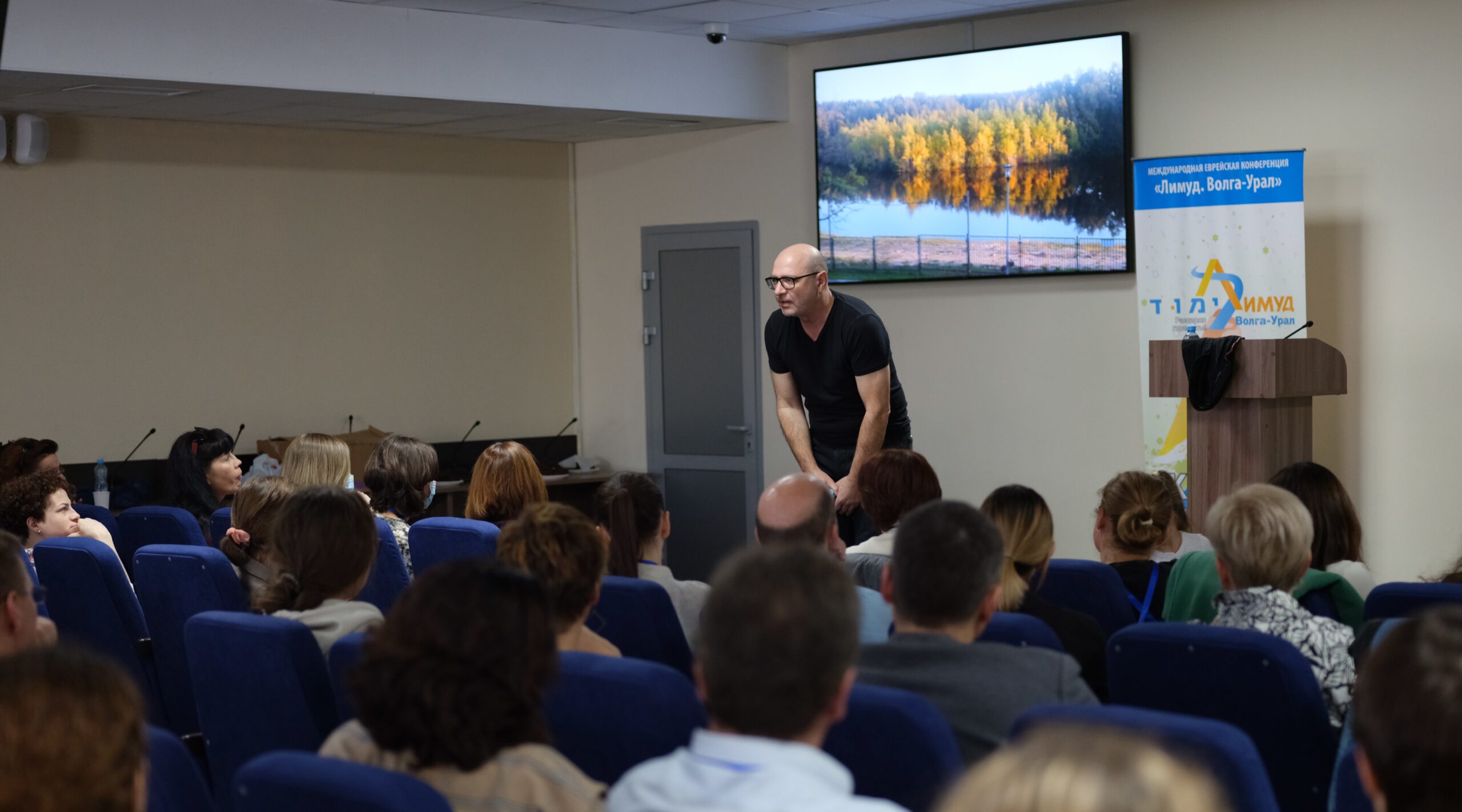 Zueva, 37, noted that Kazan is famous for its acceptance of different religions and ethnicities.

“We are an extremely tolerant region. In Kazan, there were never any signs of antisemitism,” she said, recalling how, in 2015, local Jewish, Muslim and Christian leaders showed up for the re-dedication of Kazan’s 100-year-old synagogue as part of an event organized by Limmud FSU.

Kazan, with 1.2 million inhabitants, is home to around 15,000 Jews, making it one of Russia’s largest Jewish communities outside of Moscow and St. Petersburg. Known for its vibrant mix of Tatar and Russian cultures, it was one of the host cities of the 2018 FIFA World Cup. In addition to the rededicated synagogue, Kazan is also home to the Center for Jewish Studies at Kazan Federal University.

Zueva, who also attended the 2016 gathering, helped prepare this year’s Limmud FSU program, which featured Russia’s chief rabbi, Berel Lazar; Ilya Altman, co-chair of the Russian Research and Educational Holocaust Center in Moscow; educator and writer Dima Zicer, who talked about how to raise children; Yuri Tabak, an expert on the roots of antisemitism in Russia; Ronen Krausz, minister plenipotentiary of the Israeli Embassy in Moscow; and Yitzhak Gorelik, the chief rabbi of Tatarstan.

“This is not the first Limmud in Kazan, and we know that in previous years, the conference was held here in its best traditions — supporting and strengthening Jewish identity through interest in Jewish culture and heritage, combined with a spirit of volunteerism,” said Dorit Golender, vice-president for community relations at Genesis Philanthropy Group, one of Limmud FSU’s key backers, along with the Claims Conference, the Jewish National Fund (KKL), the Blavatnik Family Foundation, philanthropists Diane Wohl and Tom Blumberg, and others. “This is key to the success of Limmud all over the world, and Kazan is no exception.”

“For budget reasons, we had planned to make this conference once every two years, but then the situation with the coronavirus changed our plans,” Galitskaya said.

Even so, said Galitskaya, the conference attracted more Jews this time around from outside Kazan itself — especially the cities of Izhevsk, Perm, Penza, Yekaterinburg, Nizhny Novgorod, Chelyabinsk and Samara. “We were hoping to become a regional conference, and now we are.”

The Oct. 8-10 gathering in Kazan included a separate program for 70 children aged 3-13 in three age groups. It overlapped with another Limmud FSU convention in Lviv, Ukraine the same weekend that attracted a similar number of participants ranging from Orthodox to secular. 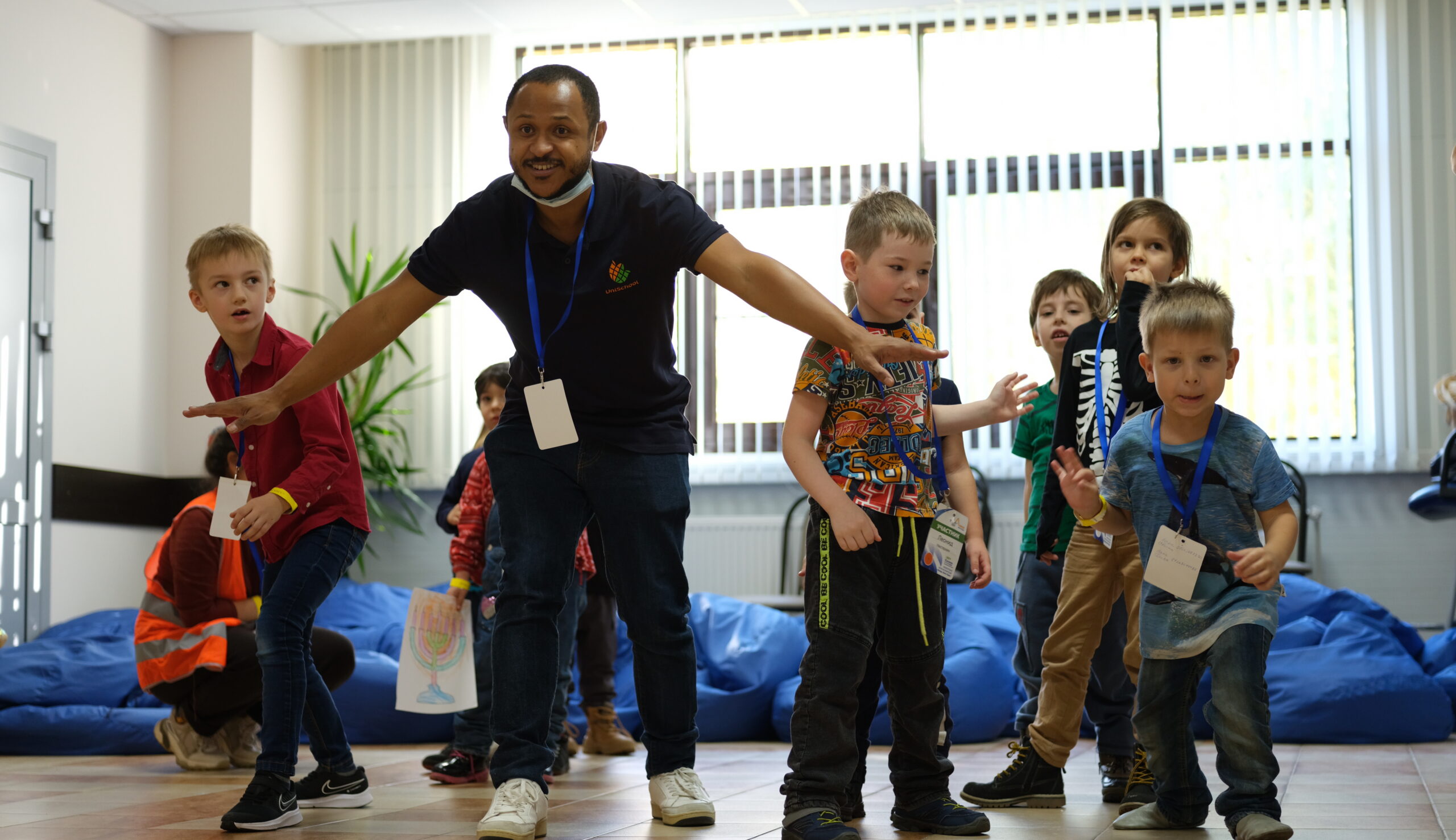 “Religious people are interested in coming as long as we have kosher food and Shabbat services,” observed Galitskaya. “But there’s also an informal atmosphere at Limmud. Many Russians know they’re Jewish but have no connection to the community other than Limmud. They don’t feel comfortable in synagogue and they don’t participate in community events, but they want to have something Jewish — and Limmud is this path to their Jewishness.”

Since the first conference in Moscow 15 years ago, over 75 events have been organized by 13 volunteer teams, and over 75,000 Russian-speaking Jews across the globe have been reached by Limmud FSU events led by chairman Matthew Bronfman, president Aaron G. Frenkel, founder Chaim Chesler and co-founder Sandra Cahn.

Frenkel said the movement was delighted to return to Kazan.

“Not only have we managed to move from specially adapted one-day conferences to three-day events, but it is extraordinary and truly noteworthy to consider the distances that people traveled to attend,” Frenkel said. “That speaks strongly about the critical importance of Limmud FSU events. We are inspired by the enthusiasm of the participants, and we are touched by the support of keynote speakers, among them Russia’s chief rabbi, Berel Lazar, our longtime supporter and friend.”

In an open Q&A session, Lazar said: “Limmud is, first and foremost, a beautiful public where Jews come together. The Talmud says when that happens, it is already a holy event.”

Lazar added, “The very name, Limmud” — Hebrew for learning — “is itself a symbol of the Jewish people. True happiness doesn’t come from sitting alone at home. A Jew cannot say ‘L’chaim’ over a glass of wine when alone; we say ‘L’chaim’ when we are with others.”