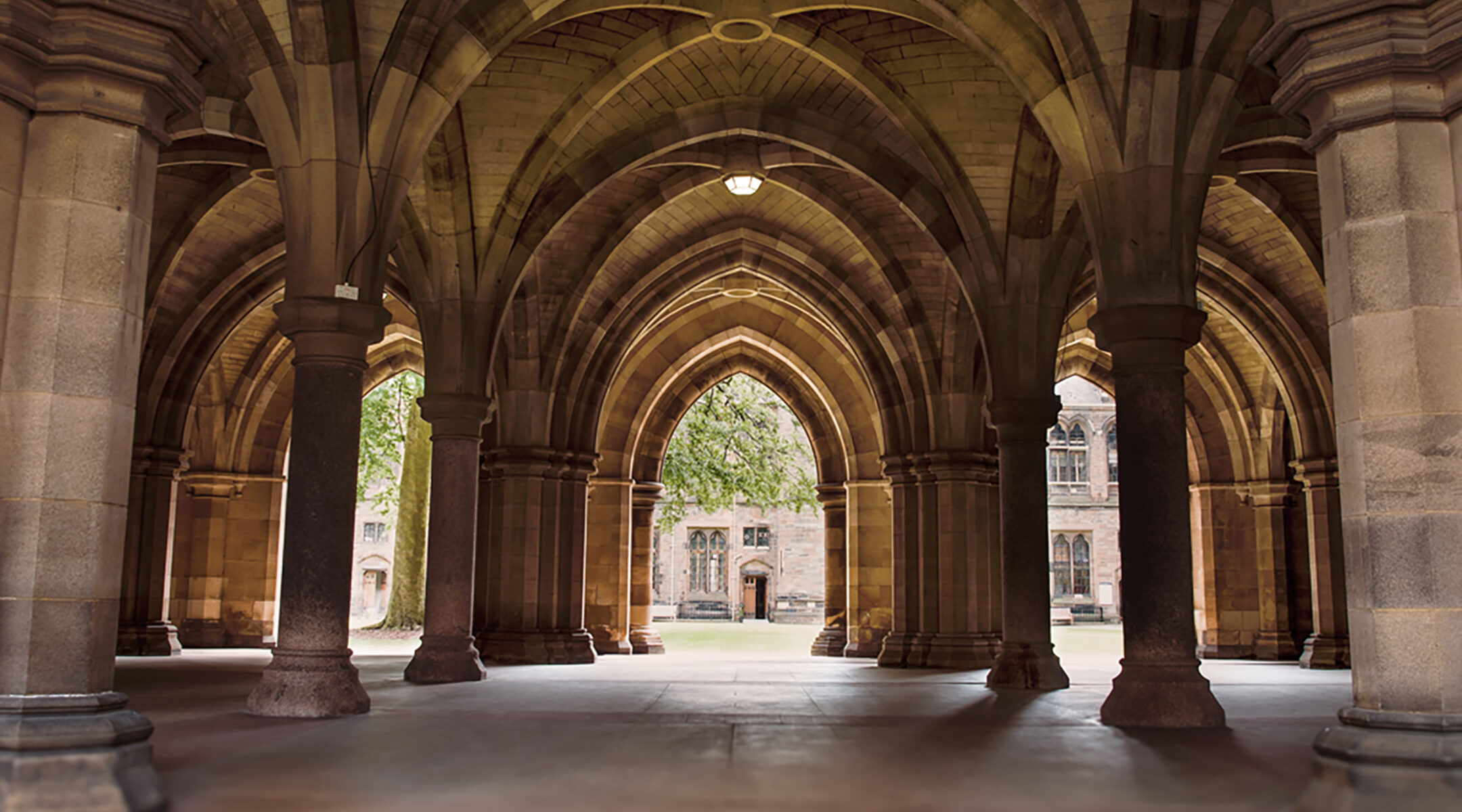 A view to a yard at the University of Glasgow. (Courtesy of the university)
Advertisement

(JTA) — Some 500 scholars, including the prominent linguist and Israel critic Noam Chomsky, accused a Scottish university of curbing free speech after a student publication apologized for a 2017 essay it said promoted “an unfounded antisemitic theory.”

The essay, published in the University of Glasgow’s eSharp magazine in 2017, was titled “Advocating Occupation: Outsourcing Zionist Propaganda in the UK.”

It’s author, Jane Jackman, wrote that, “Whilst initially strengthening ties with the Jewish diaspora, Israel’s longer-term objective was to conscript and resource a cohort of grassroots Zionist supporters to carry the Israeli narrative into the broader sphere of society.”

She also suggested that Jewish media downplayed an Al Jazeera series from 2017 suggesting that the pro-Israel lobby had unusual clout in the United Kingdom.

In May, the student-run magazine apologized, saying that the essay doesn’t meet “standards of scholarship. In particular, this article employs some discursive strategies, including a biased selection of sources as well as the misrepresentation of data, which promote an unfounded antisemitic theory regarding the State of Israel and its activity in the United Kingdom.”

In response to the apology, a petition on Monday accused the university of curbing free speech, The Times of London reported.

The apology by eSharp is a “capitulation by the University of Glasgow,” The Times of London quoted Chomsky as saying, and “a serious blow to academic freedom that should not be allowed to stand.”

eSharp noted that it is run entirely by postgraduate researchers from within the University of Glasgow’s College of Arts.