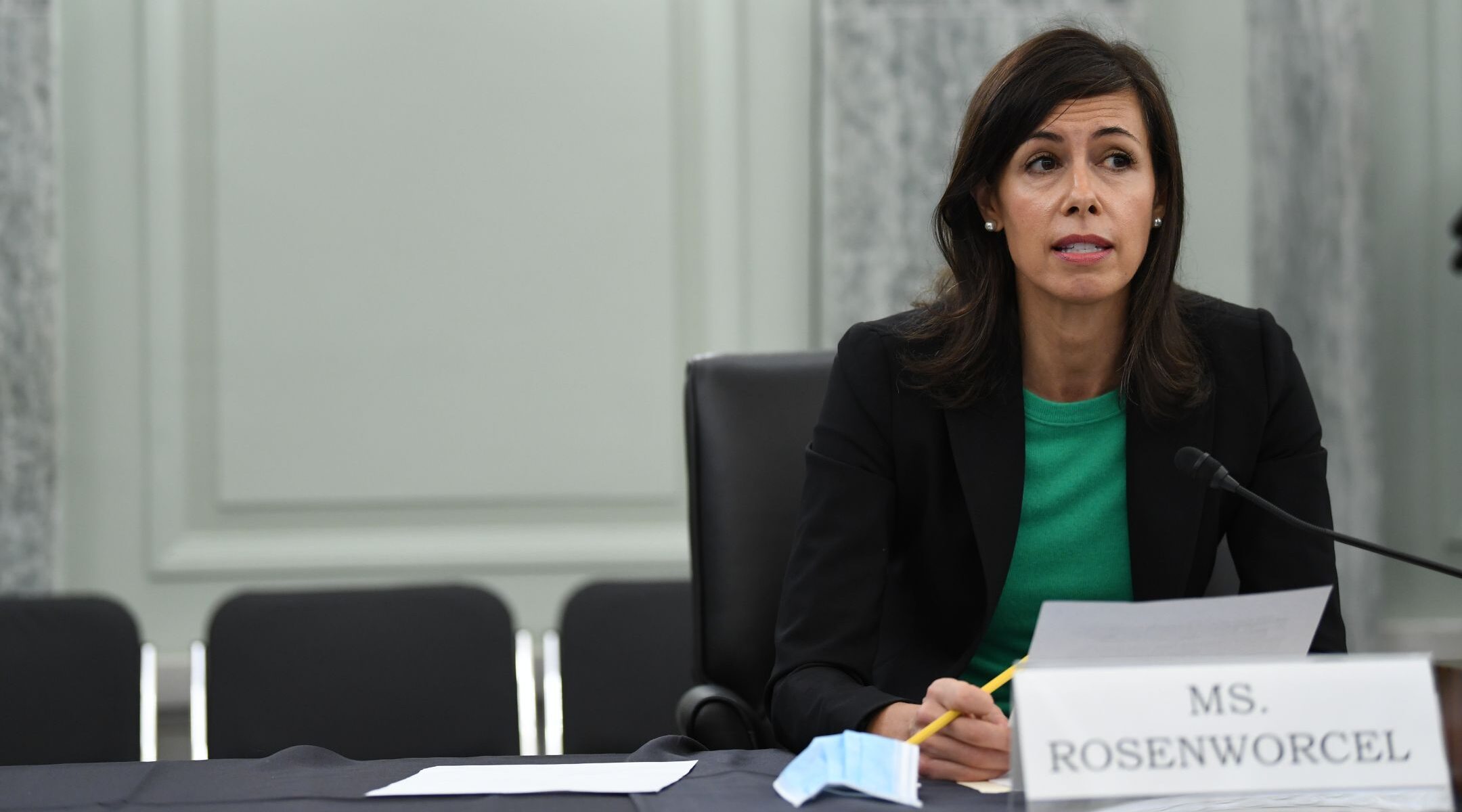 (JTA) — After serving as the acting chair of the Federal Communications Commission, a Jewish woman is now on track to become the first woman to hold the position permanently.

President Joe Biden nominated Jessica Rosenworcel, who is Jewish, to the position of chair Tuesday. If confirmed by the Senate, Rosenworcel will permanently assume the position which she has held on an acting basis since January.

Rosenworcel first worked at the FCC from 1999 to 2007 before returning in 2012 when she was named a commissioner by President Barack Obama.

She has long been a fierce defender of net neutrality, which bars internet providers from charging websites to reach customers faster, and has cited the Jewish value of Tikkun Olam, which means repairing the world, in defending the concept. Net neutrality rules, first adopted by the FCC during the Obama administration, were rolled back under Donald Trump.

“We share the belief, common to both Catholic Social Teaching and the Jewish tradition of Tikkun Olam, that a little ruckus in service of human dignity and the common good is a good thing,” she told the U.S. Conference of Catholic Bishops in 2017. “So let me make a little ruckus today. I’ll start — and get right into it — with net neutrality.”

Rosenworcel has also made the “homework gap,” a term she coined to refer to those children who need the internet to do homework but who lack an adequate internet connection, a focus of hers at the FCC. To address that gap, she has pushed for increasing high speed internet access in rural parts of the country. When schools closed during the pandemic, she called for the FCC to provide WiFi hot spots to schools to be loaned out to students who lacked an internet connection at home so they could continue to attend online classes and submit assignments.

Rosenworcel and her husband, media lawyer Mark Bailen, have two school-age children. Rosenworcel’s brother, Brian, is the drummer in the rock band Guster.