Naftali Bennett at COP26: Israeli start-ups should focus their energies on climate change 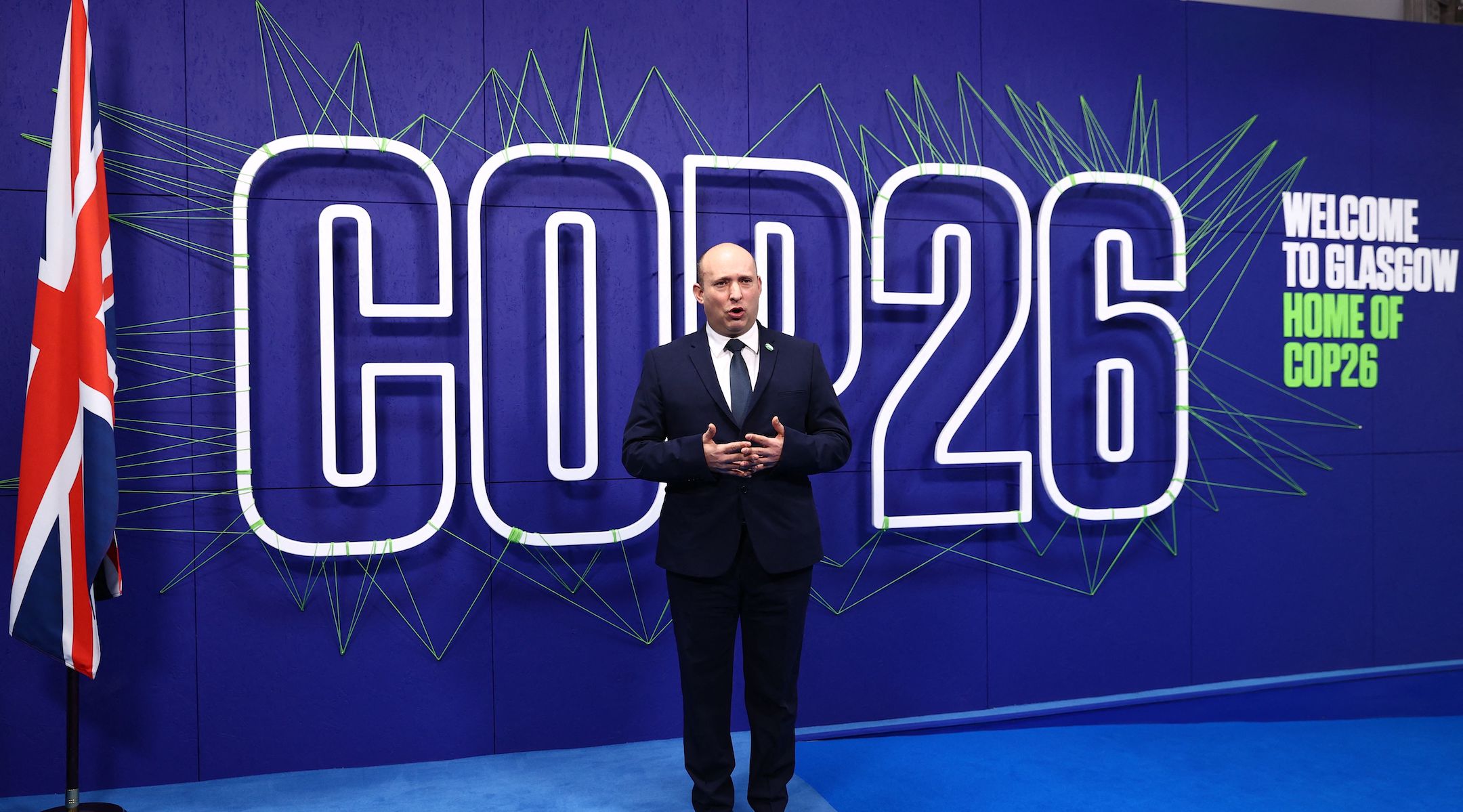 (JTA) — At the closely-watched COP26 conference on climate change in Glasgow, Israeli Prime Minister Naftali Bennett said Israel’s famed start-up sector could add a “mighty” contribution towards mitigating the climate crisis — if its entrepreneurs focus on it.

“As the country with the most start-ups per capita in the world, we must channel our efforts to saving our world,” Bennett said in a speech on Monday, the first day of the United Nations conference with dozens of world leaders scheduled to run until Nov. 12. “This is why I say to our entrepreneurs and innovators: You can be the game changers. You can help save our planet.”

The conference has been hailed by some international leaders as the “last, best hope” to produce policy needed to keep global warming within 1.5 degrees Celsius during this century — a target scientists say is needed to avoid climate catastrophe.

“Our carbon footprint may be small, but our impact on climate change can be mighty,” Bennett added. “If we’re going to move the needle, we need to contribute Israel’s most valuable source of energy: the energy and brainpower of our people.”

Bennett’s delegation included more than 100 people from Israel — including Energy Minister Karine Elharrar, who was prevented from attending part of the opening ceremony because of accessibility issues surrounding her wheelchair. The incident exposed the organizers to criticism in social and international media.

“It’s sad that the U.N., which promotes accessibility for people with disabilities, does not make sure its events are accessible in 2021,” Elharrar wrote on Twitter.

“I gather there was some confusion with the arrangements yesterday. I am very, very sorry about that,” Johnson told Elharrar at that meeting, The Times of Israel reported.

Also on Monday, the Archbishop of Canterbury, the leader of the Church of England, apologized for making a statement during his speech at the opening ceremony that critics said constitutes an inappropriate Holocaust analogy.

Hours later, Welby wrote on Twitter: “I unequivocally apologise for the words I used when trying to emphasise the gravity of the situation facing us at COP26. It’s never right to make comparisons with the atrocities brought by the Nazis, and I’m sorry for the offence caused to Jews by these words.”