Eric Adams will be New York City’s next mayor, without Hasidic Borough Park’s support, and other election results 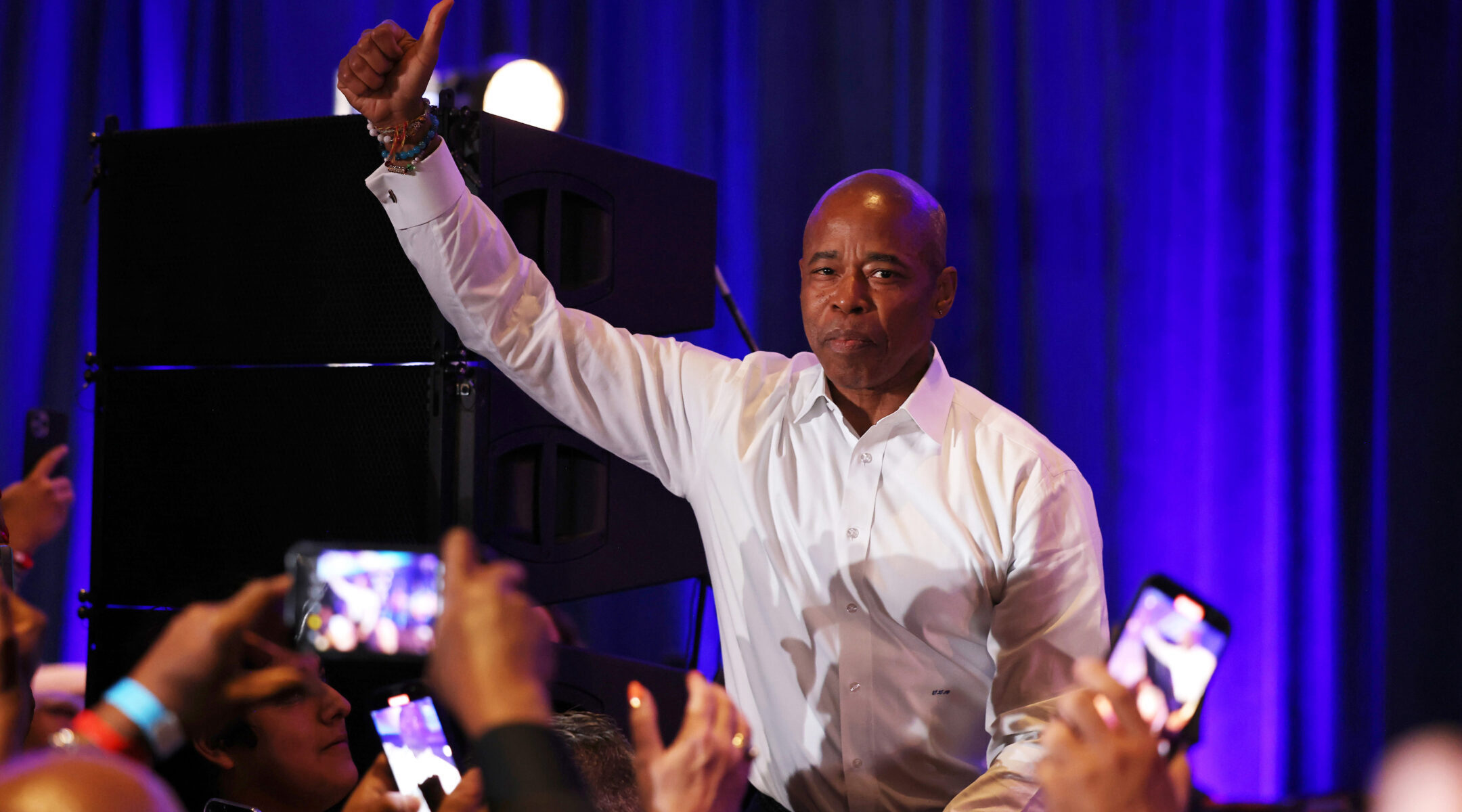 (The Jewish Week via JTA) — It’s official: Eric Adams will become the 110th mayor of New York City and the city’s second Black mayor — even as one major bloc of Jewish voters spurned him.

Adams, a Democrat who ran on the strength of his public safety record, easily defeated his Republican rival. At his victory party, he broadcast an inclusive vision at a precarious moment for the city.

But while Adams had been endorsed by the Satmar Hasidic group in June, which may have helped him come out ahead in the summer’s crowded mayoral primary, he was not the favorite in Borough Park on election night. In the 48th Assembly District, a district represented by an Orthodox assemblyman and which encompasses much of Borough Park, 54.9% of voters chose Republican Curtis Sliwa, with only 39.2% voting for Adams.

Jewish voters in 48th City Council district delivered a win to a Republican City Council candidate, Inna Vernikov. Vernikov, a Jewish attorney and Ukrainian immigrant outspoken in her support for former President Donald Trump, will fill the seat vacated when Democrat Chaim Deutsch was expelled from the council in April. She defeated Steven Saperstein, another Jewish candidate and a former special education teacher.

Both Vernikov and Saperstein campaigned on promises related to public safety, supporting Israel and reducing crime at a time when antisemitic incidents are on the rise in New York City. District 48 contains the city’s largest population of Russian speakers as well as a significant Orthodox Jewish population and was one of a few districts that went for Trump in the 2020 presidential election, with 65% of voters backing the former president.

District 48 is an anomaly in a city where there are seven times as many registered Democrats as Republicans. The dynamic means that Democratic primaries typically decide who wins citywide office in New York City, so Adams had virtually been guaranteed a victory after winning the Democratic primary in June.

Adams will take office during one of the city’s most vulnerable periods in recent history, still reeling from thousands of deaths and economic loss due to the pandemic. Adams, 61, has served as the Brooklyn borough president since 2013.

As was expected, Brad Lander, a progressive Jewish candidate with ties to Jews for Racial and Economic Justice, will become the city’s next comptroller, and Jumaane Williams will continue to serve as New York City’s public advocate.

In other race results, Mark Levine will become Manhattan’s borough president, replacing Gale Brewer, who returns to her former City Council position representing the Upper West Side. Julie Menin will represent the Upper East Side’s District 6 on the City Council.

Eric Dinowitz was reelected to the City Council representing the Northwest corner of the Bronx in District 11, which includes the heavily Jewish area of Riverdale. Dinowitz, the son of state assembly member and a one-time member of the Jewish a capella group Six13, was first elected in a special election in March after fellow Democrat Andrew Cohen was elected to the New York Supreme Court.

Progressive Lincoln Restler will represent the Brooklyn shoreline and South Williamsburg in District 33, which encompasses a large Hasidic community, after an uncontested race.

District 32 in Queens, the only New York City Council district represented by a Republican outside of Staten Island, will remain that way. Republican Joann Ariola will be the next Council member after beating Democrat Felicia Singh, a progressive candidate who captured endorsements from Jewish groups. District 32 includes a number of beachfront communities, including Howard Beach and Rockaway Park.

Voters in District 29 elected Democrat Lynn Schulman, who had been endorsed by Jewish groups in Queens. The district includes large Jewish communities in Forest Hills and Kew Gardens.

One race remains too close to call: Ari Kagan, a Jewish immigrant from Belarus who lost to Deutsch in District 48 in 2013, had been favored to replace Mark Treyger in Brooklyn’s District 47. But the Republican candidate, Mark Szuszkiewicz, has outperformed expectations in the district, which spans Bensonhurst, Coney Island, Gravesend and Sea Gate.