Sigd is not just a holiday for Ethiopian Jews. It’s a declaration that Israel sees us. 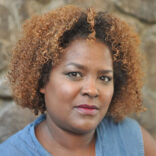 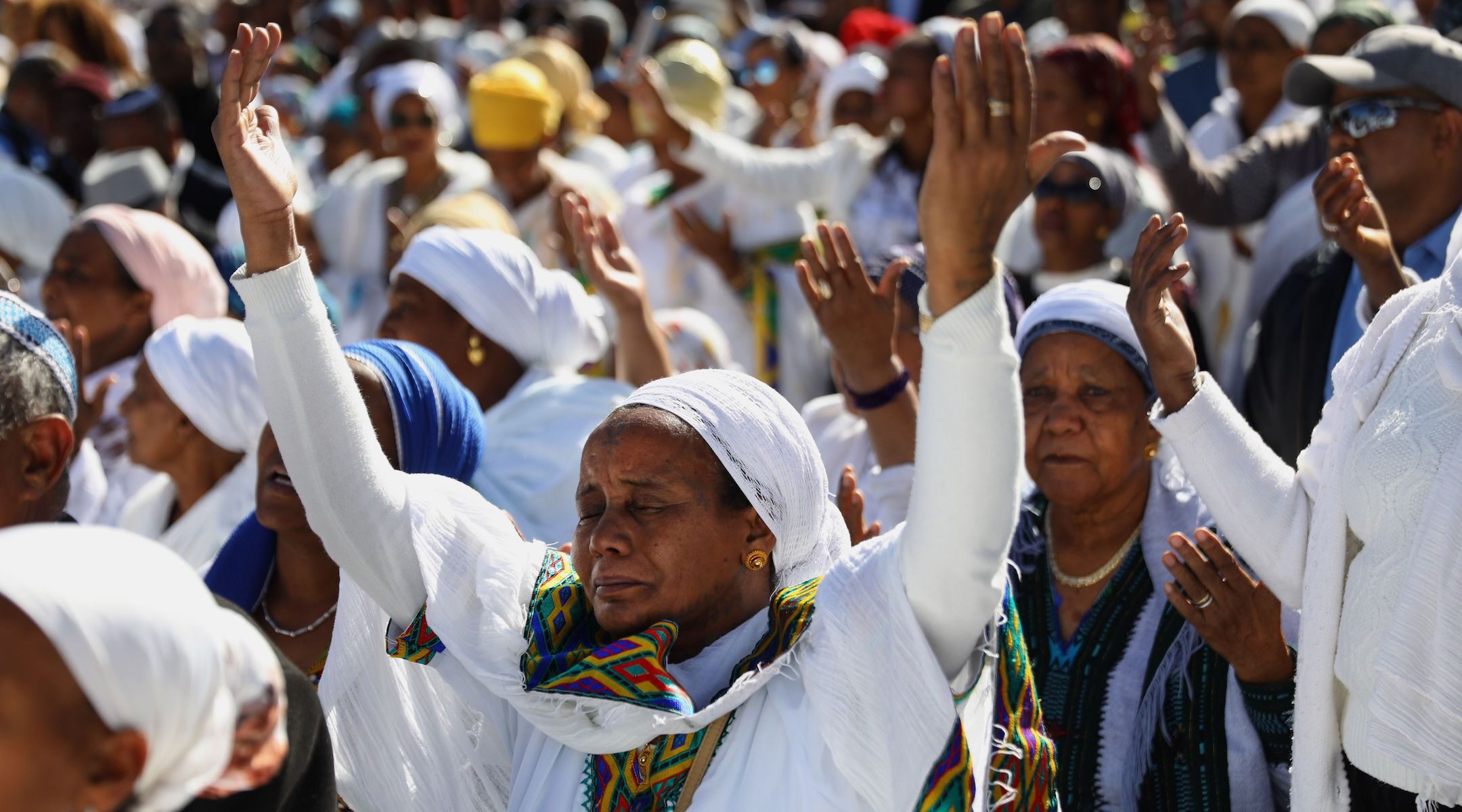 Israeli women from the Ethiopian Jewish community pray during the Sigd holiday from a hilltop overlooking the Temple Mount in Jerusalem, Israel, Nov. 27, 2019. (Gali Tibbon/AFP via Getty Images)
Advertisement

(JTA) — I have rarely missed the annual Sigd event in Jerusalem. When I lived in Ethiopia, the annual holiday was a fixture of the Jewish community, taking place 50 days after Yom Kippur each year and celebrating our connection to Jerusalem. After I moved to Israel in 1984, I fell in love with the holiday all over again, celebrating it in Eretz Yisrael.

This year, however, I am not there — not just because of COVID-19, but also because I am here in the United States for a postdoctoral year to preserve the heritage of Ethiopian Jewry, creating an oral history project that will educate and be a source of strength for the community.

My last Sigd in Ethiopia was November 1983. The entire village ascended the nearby mountain. Men, women and children all dressed in our best festive clothes for a day of fasting and prayer. I remember the strong feeling that surrounded us all, that soon our dream would come true: to reach Jerusalem. By that year, some of the villages of the Beta Israel had already left to go to Eretz Yisrael, including some of my uncles. I watched from the sidelines as the adults prayed, while at the same time quietly conversing with my cousins, excited that we would no longer have to go up this mountain, because we would soon reach Jerusalem and pray in the Holy Temple.

There are other memories. I can still see a woman sitting on the side and scattering grains of wheat on the ground while lamenting in a whisper and crying. At that time, I did not understand what she was doing. Today I understand that it was part of the observance of Sigd. The Kessim, our religious leaders, read verses from the Torah and prayed for a return to Zion. But our elders also prayed for the release of the souls of the dead, sprinkling grains of wheat or teff, asking the birds to eat the grain and fly their prayers to heaven. Sigd is not only a gathering of the living, but also a day that to remember and be reunited with those that have passed.

Once in Israel, Sigd quickly found a place in our community’s life. For as long as I can remember, every year, on the 29th day of the month of Cheshvan, people gathered on the Promenade in the Armon Hanatziv neighborhood in Jerusalem, with a breathtaking view of the Temple Mount in the Old City, reenacting the rituals of our Ethiopian heritage.

My views and practices around Sigd have changed as well. When I first arrived in Israel, I was sent to a girls’ religious boarding school where we did not celebrate or even learn about Sigd. The only concession was that the school took all of the Ethiopian students to the main Sigd event in Jerusalem. We wore festive clothes that we got specially for the celebration. I was so excited — not so much for the holiday, but for the reunion, the gathering. Sigd was a meeting for so many people from our community who came from all over the country, just like they did in Ethiopia. I was excited to see the uncles and aunts I had not seen for a long time, and my friends who had been sent to other boarding schools. We swapped stories about our new lives in Israel, and the religious elements — the fasting, the praying — were secondary.

Yet my activism was tinged with ambivalence. I longed to help my children feel connected to their origins and be proud of who they are. But I chafed at my assumed responsibilities, as the school failed to create space for all children and their cultures.

In those years I served as chairwoman of the Association of Ethiopian Jews. The association’s staff came up with an idea to make the Sigd a national holiday. Status as a national holiday would mean that community members could take the day off without penalty, and would allow us to pressure educational institutions to include appropriate content about the holiday and the community into the curriculum. I had reservations about the initiative. I worried that we were trying too hard to ask Israeli society to accept our culture. I preferred to fight against racism and promote equality in education and employment.

I am glad I did not actively oppose this initiative. The association’s staff lobbied successfully, and the Knesset enacted a law to designate Sigd a national holiday in 2008. Over time I realized that there is no full integration without recognition, no equality without belonging. The fight for Sigd was an integral part of our struggle.

Once the law came into effect, the celebration of Sigd flowered. Every school and community center that values multiculturalism invites Ethiopian-Israelis to come talk about Sigd and dedicates a day of learning about the “Ethiopian community,” including the schools in which I worked, and where my children studied. I often spoke on these days, still ambivalent. Years later, these schools still asked me and my children to participate. I refused, explaining that these schools cannot rely on my family and volunteerism alone, and that Sigd programming must come from the schools as an integral part of their mission.

Released from the duties of school ceremonies, I turned inward. I focused on the celebration in my home with my immediate and extended family. Together, we have renewed an old tradition where those who live closest to the Sigd ceremony host those who come from further away. My apartment in the Baka neighborhood transforms into a special place for family and friends who come to Jerusalem for the holiday. With each Sigd, I learn more and more about the essence of the holiday and its role in our lives.

The heart of Sigd is in the renewal of the covenants between a person and God, a person and the community, and a person and society. The day’s customs reflect and strengthen these bonds — charity, togetherness, singing, dancing, and communal meals. Rabbi Sharon Shalom argues that Sigd was an ancient holiday that was once celebrated by all Jewish communities and subsequently forgotten. Only Beta Israel, Ethiopian Jews continued to celebrate and preserve Sigd.

This year I am away from home again, in residence at the Schusterman Center for Israel Studies at Brandeis University. We will celebrate Sigd with friends, far away from Jerusalem’s mountains. It is a strange feeling to see all the many invitations and publications about Sigd celebrations on social media. I long for our home in Jerusalem, that, this year, will not be open to all our family and friends who come to us for the Sigd. Hopefully, soon we will return.

Shula Mola
is an Israeli civil and human rights activist and educator and a 2021-2022 postdoctoral fellow at the Schusterman Center for Israel Studies at Brandeis University.
The views and opinions expressed in this article are those of the author and do not necessarily reflect the views of JTA or its parent company, 70 Faces Media.