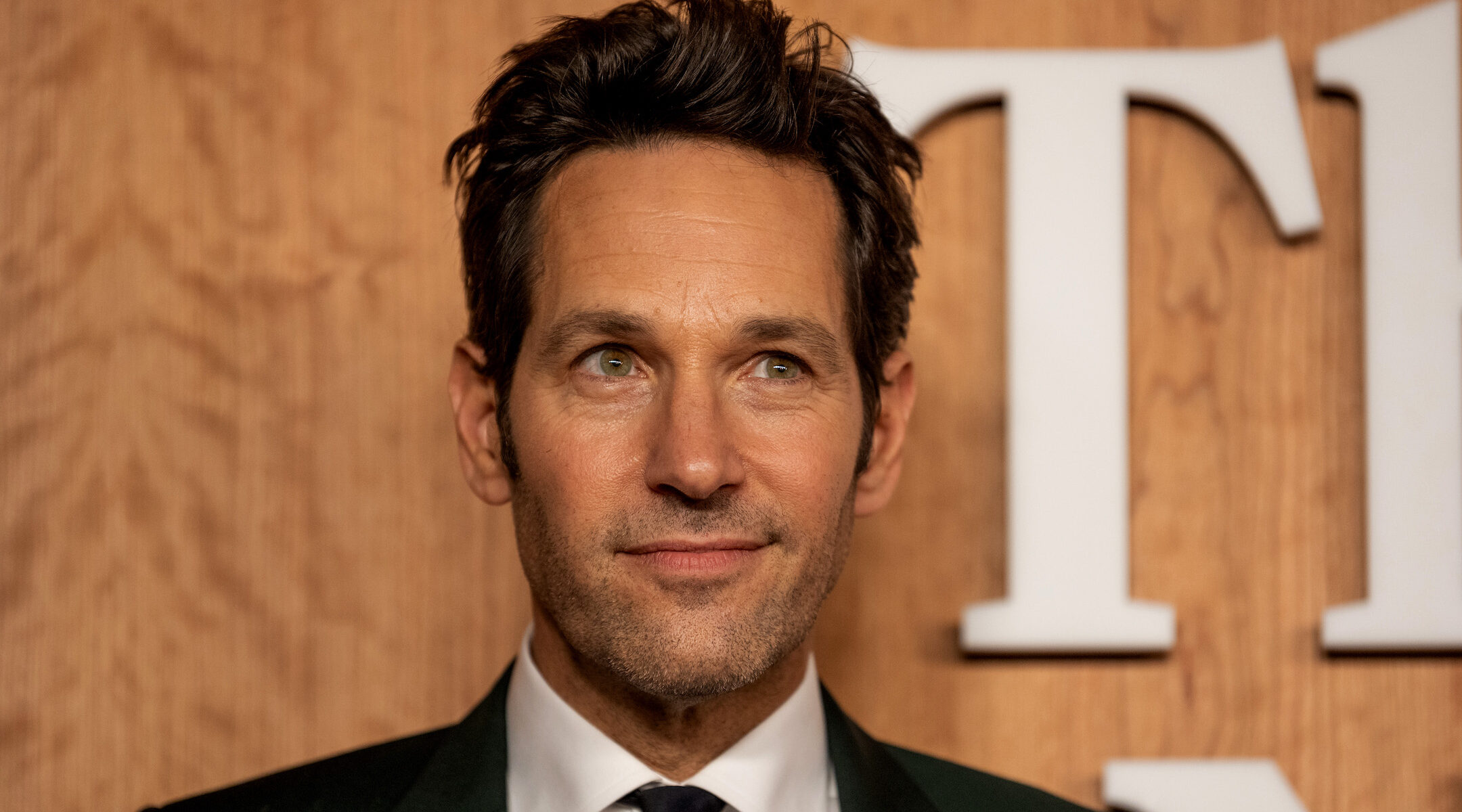 He responded to the magazine with the signature sense of humility that has helped endear him to fans — in addition to his good looks — for over two decades of mostly comedic roles.

“When I think about myself, I think of myself as a husband and a father, like I’m that,” he said in the article published Wednesday. “I just hang out with my family when I’m not working. That’s what I kind of like the most.”

“There are so many people that should get this before me,” he added.

Rudd, 52, was born to English Jewish parents, and learned about the antisemitism their ancestors faced on the PBS genealogy series “Finding Your Roots” in 2017. Rudd said he grew up largely detached from religion but experienced some antisemitism himself as a kid growing up in Missouri and Kansas.

Before he made a name for himself in blockbuster comedies such as “Anchorman” and “Knocked Up,” Rudd was briefly a bar and bat mitzvah DJ — he even spun the tunes at the coming-of-age party for former JTA editor Gabrielle Birkner.

Rudd has played a few Jewish roles, notably the former catcher and war spy Moe Berg in a feature film. His next big role is a very Jewish one: he will star as Dr. Isaac “Ike” Herschkopf in the Apple+ TV adaptation of “The Shrink Next Door,” a 2019 reported podcast about a Jewish psychiatrist plugged into the New York Jewish community who takes over the life of one of his Jewish patients.

The list of famous Jews formerly named “sexiest man alive” is short — pop star Adam Levine was given the honor in 2013, while actor Harrison Ford, who had a Jewish mother and partly defines himself as Jewish, was given the title in 1998. English soccer legend David Beckham, whose maternal grandmother was Jewish and has called himself “half-Jewish,” was People’s choice in 2015. Beckham also sent his youngest son Cruz to a Jewish nursery school in Los Angeles attached to the Reform Stephen S. Wise Temple.