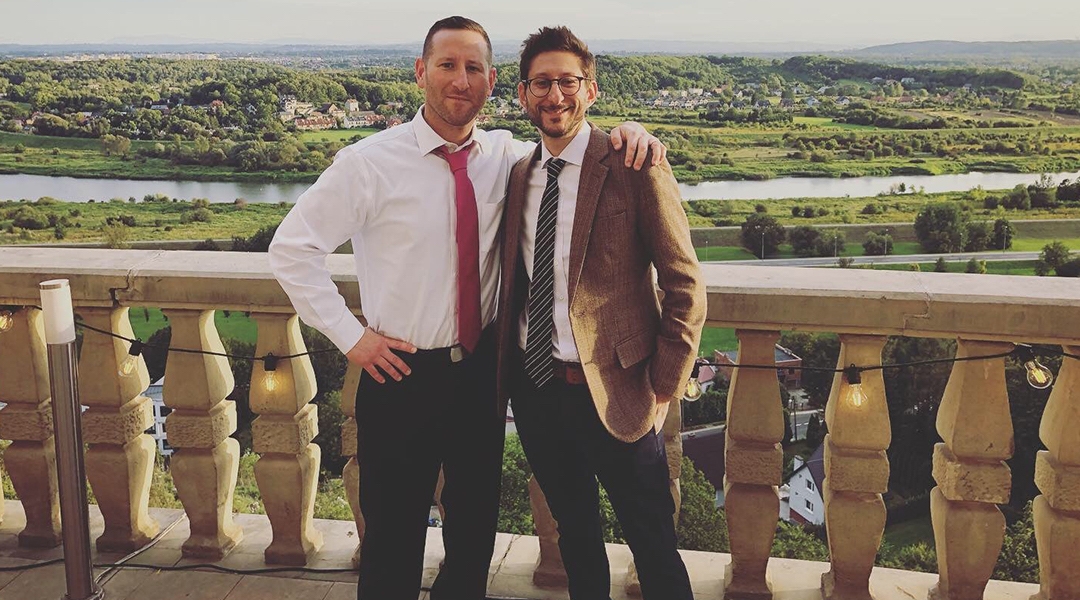 Danny Fenster, right, with his brother Bryan at a friend's wedding in Krakow, Poland, September 2019. It was the last time they saw each other. (Courtesy of Bryan Fenster)
Advertisement

(JTA) — Danny Fenster, a Jewish American journalist who has been imprisoned in Myanmar since May, was handed an 11-year sentence Friday in what human rights groups called “a travesty of justice in a kangaroo court.”

The prison term was the maximum sentence possible, his lawyer, U Than Zaw Aung, told reporters. Fenster was found guilty on three charges all stemming from his journalism work for English-language news outlets in the country.

Than Zaw Aung told The New York Times that Fenster, who broke down in tears when he heard the sentence, would not appeal the ruling because Myanmar’s military, which seized power in a February coup, were in control of the courts, and “it would not matter whether he appealed it or not.”

In their charges against Fenster, who has lived and worked in Myanmar since 2019, the military incorrectly stated that he continues to work for the banned news site Myanmar Now; in fact, he is the managing editor for Frontier Myanmar.

Fenster, the grandson of Holocaust survivors, is being held at Insein Prison in Myanmar’s capital of Yangon. The prison is notorious for its rough conditions, especially for political prisoners. The military filed two additional charges against him this week, each carrying an additional 20-year maximum sentence.

Since Fenster’s arrest six months ago while preparing to board a flight to visit his family, his hometown of Huntington Woods, Michigan, has become a central rallying point for his release. Many homes in the Detroit suburb display “Free Fenster” signs on their front lawns, and his family has organized rallies attended by local Congressman Andy Levin. A Facebook group started by the Fenster family called “Bring Danny Home” has nearly 6,000 members, and shares regular updates on his situation.

The U.S. State Department says it continues to work on Fenster’s release. A former U.S. diplomat, Bill Richardson, recently visited Myanmar and met with the leader of the junta to negotiate the release of another political prisoner, a visit that was criticized by human rights groups who said it legitimized the junta’s rule. Richardson said the U.S. had asked him not to attempt to negotiate Fenster’s release.

A recent post to the “Bring Danny Home” Facebook group reads, “We wish more than anything that Danny would be brought home to this community that loves him so.”