‘Death to Jews,’ Polish nationalists shout at rally while burning book about Jews in Poland 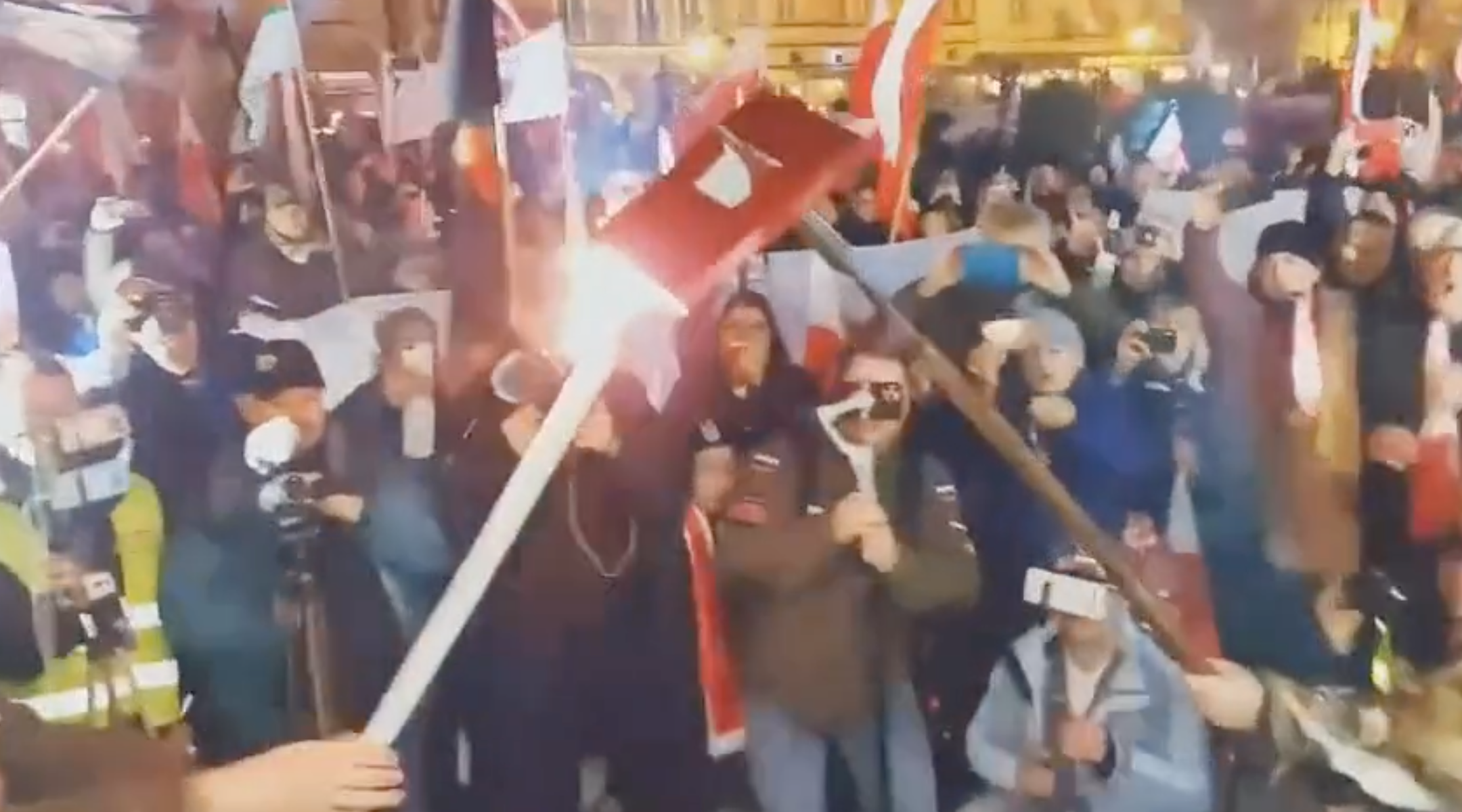 (JTA) — Polish nationalists shouted “death to Jews” as they burned a book representing a historic pact protecting the rights of Poland’s Jews.

The book burning Thursday at a rally in Kalisz, a city of about 100,000 inhabitants situated 120 miles southwest of Warsaw, was part of a series of nationalist events on Nov. 11, National Independence Day, which is the anniversary of when Poland regained its sovereignty in 1918.

Videos and eyewitness accounts on social media show that Wojciech Olszański, a far-right activist, lit a red-covered book that was meant to symbolize the Statute of Kalisz. The document issued in 1264 by Prince Bolesław the Pious regulated the legal status of Jews living in Poland and afforded some protection through penalizing attacks on them. The statute served as the legal foundation for relations between non-Jews and Jews in Poland for centuries later.

Olszański poured a flammable liquid on the book that had been skewered on a sharp metal object, and lit the book on fire as the crowd cheered and shouted, “Death to Jews.” Some also chanted: “No to Polin, yes to Poland.” “Polin” is both the Hebrew-language name for Poland and the name of the main Jewish museum in Warsaw.

“This is a scary and symbolically important event,” said Rafal Pankowski, a leader of Poland’s Never Again anti-racism group. He compared the rally to the burning of books in Nazi Germany, including on the Kristallnacht pogroms in 1938. The pogroms’ 83rd anniversary was Wednesday. “Having monitored antisemitism for more than 25 years, I have never seen anything like that,” Pankowski told the Jewish Telegraphic Agency.

Police are studying the footage, the PAP news agency reported.

“These pictures send shivers down the spine,” Katharina Von Schnurbein, the European Union coordinator for fighting antisemitism, wrote on Twitter.

Other large nationalist events took place across major Polish cities in the past few days. One of the main themes in the marches concerned the current crisis in relations between Belarus and Poland. In recent days, Belarus’ dictator, Alexander Lukashenko, has been encouraging immigrants to cross from his country into Poland and the European Union, allegedly to punish Poland and other countries for harboring Belarussian dissidents.

Poland’s right-wing government is refusing to let in the immigrants, who include Afghan asylum seekers.