‘No longer kept secret’: New plaques give context to Dutch cemetery where Nazis are buried next to WWII victims 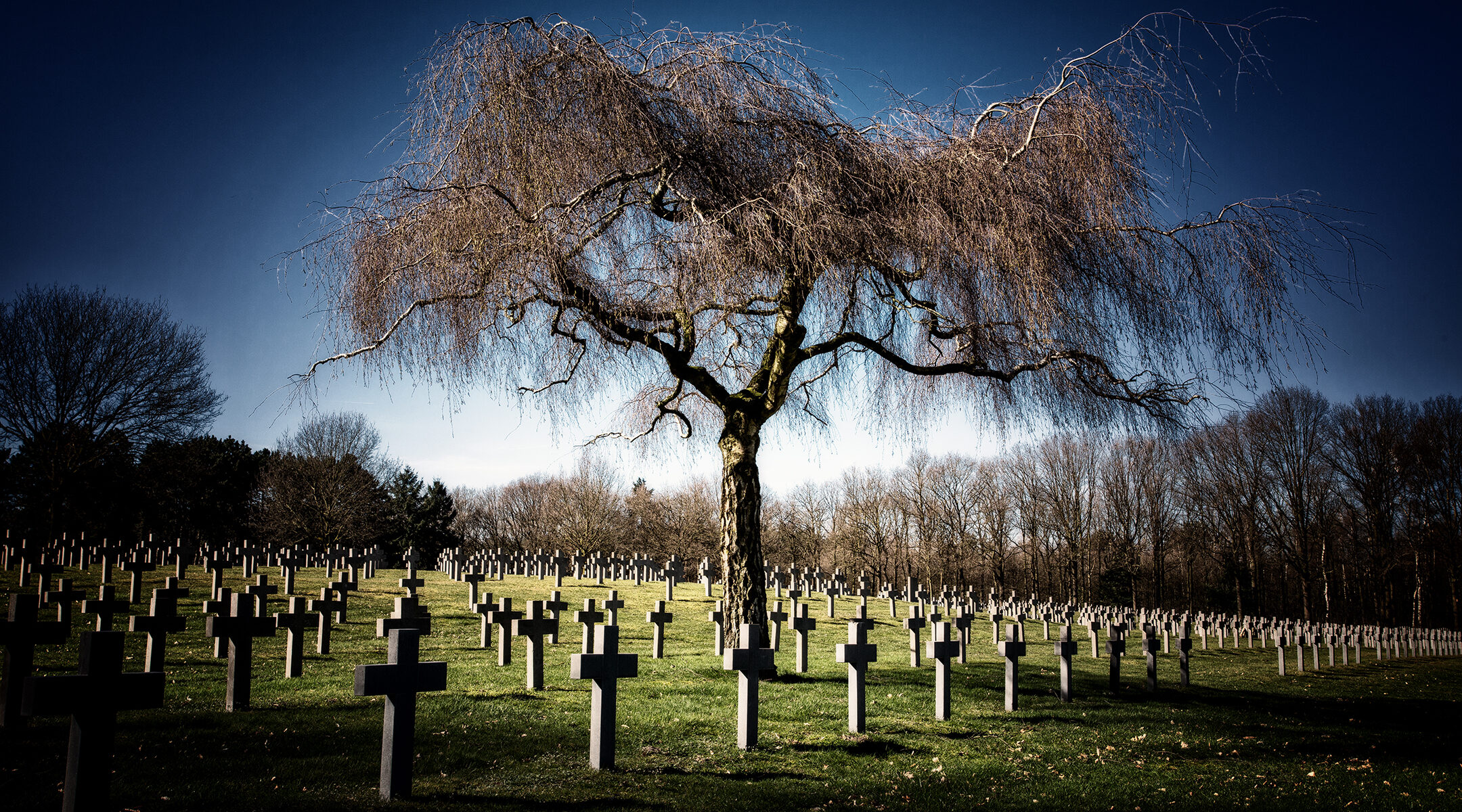 The cemetery of Ysselsteyn in the Netherlands, where Nazi SS troops are buried alongside Dutch civilians. (Ralf Klinkhammer/Getty Images)
Advertisement

(JTA) — At the cemetery in the rural Dutch town of Ysselsteyn, the bodies of Nazi soldiers lie alongside Dutch civilians and  troops.

To some, this makes the Ysselsteyn a symbolic reminder of the horrors of war, and commemorations are held annually there. But others say the commemorations equate World War II victims with perpetrators like Julius Dettmann — the Nazi officer responsible for sending Anne Frank and her family to death camps — who is buried at Ysselsteyn. In the past, German ambassadors to the Netherlands have attended the ceremonies.

On Sunday, a Dutch chief rabbi visited the site for the first time, marking a turning point in the public debate over the cemetery. New plaques were unveiled, acknowledging that it is the burial place of war criminals.

Dutch Chief rabbi Binyomin Jacobs, who has opposed the commemorations at Ysselsteyn for years, said in a speech there that he had a “heavy feeling” coming to where multiple soldiers for the Waffen SS elite Nazi unit are buried.

“I almost feel like a traitor, because this cemetery also contains horrific murderers who are responsible for the fact that 80% of my family did not return,” he said.

He decided to come because of new steps taken by the Dutch War Grave Foundation, a nonprofit responsible for maintaining burial places of war victims in the kingdom.

Jacobs said the steps taken at Ysselsteyn were “comprehensive, they did everything that needed to be done, and that’s important because not doing so risked making Ysselsteyn a pilgrimage site for neo-Nazis.”

The plaques were the result of talks between the Foundation, Jacobs and representatives of the Jewish community, many of whom have long protested the cemetery commemorations.

Jacobs’ speech received praise from Arthur Graaf, a longtime activist against the commemorations at Ysselsteyn, a town located 70 miles southeast of Amsterdam.

“The atrocities of the Holocaust [are] no longer hushed up there and the role of many thousands of dead perpetrators on Ysselsteyn is no longer kept secret,” Graaf wrote in a statement to the Jewish Telegraphic Agency.

In addition to the plaques informing readers that some of the graves are of SS soldiers, a larger plaque in German was unveiled there earlier this year. It reads: “Never again! 102,000 Jews, tens of thousands of civilians, people who resisted, Sinti and Roma, prisoners of war and slave laborers were victims of war and Nazi violence in the Netherlands. Most were not allowed to have their own grave. Many of them remain unknown to you to this day. We mourn their fate here.”