In a big year for his family, Doug Emhoff picks putting mezuzah on VP house as a top memory 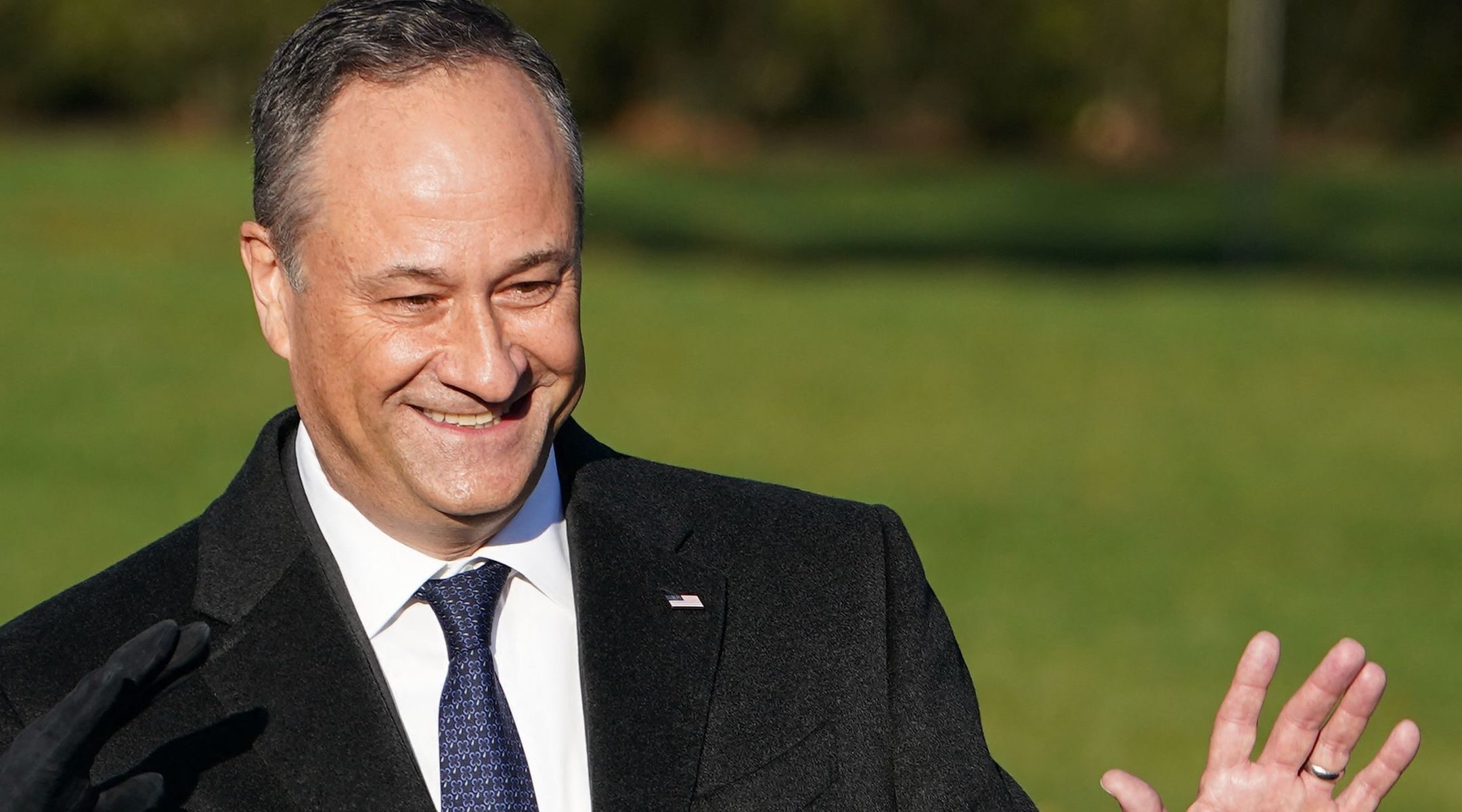 (JTA) — When Doug Emhoff, the husband of Vice President Kamala Harris, picked a favorite memory from the last year for a reflective Thanksgiving-themed tweet on Thursday, he didn’t turn to the day in January when his wife was sworn in or mention their first diplomatic trip together this week.

Instead, he shared pictures from the day his family affixed a mezuzah on the doorframe of the vice president’s mansion.

Mezuzahs are tubes containing the text of the Shema prayer that Jews traditionally attach to their doorposts. Emhoff is the first Jew to reside in the vice president’s house.

One picture shows him in the process of affixing the family’s mezuzah, which is narrow, white and mounted against what appears to be a pink hamsa. Another offers a close-up.

“For us, and for everyone, Thanksgiving is a time for reflection on the past year,” Emhoff wrote. “One of my favorite memories was when our family visited and together we hung a mezuzah on the front door of the Vice President’s Residence.”

For us, and for everyone, Thanksgiving is a time for reflection on the past year. One of my favorite memories was when our family visited and together we hung a mezuzah on the front door of the Vice President’s Residence. pic.twitter.com/Lj5jYM4Hic

That event took place Oct. 7, nine months after Emhoff and Harris moved into the residence and after it had undergone renovations, the Forward reported. Rabbi Peter Berg of The Temple, a Reform synagogue in Atlanta, was present at the event. (Rabbis are not required to put up a mezuzah, which traditionally observant Jews mount inside their homes as well as on the front doors.)

The Temple has made other political appearances this year. Georgia Sen. Jon Ossoff borrowed a book of Jewish scripture from the synagogue, where he celebrated his bar mitzvah, for his swearing-in ceremony in January. The Bible had been used by the synagogue’s former rabbi who played an active role in forging relationships between Jews and Blacks in Georgia.