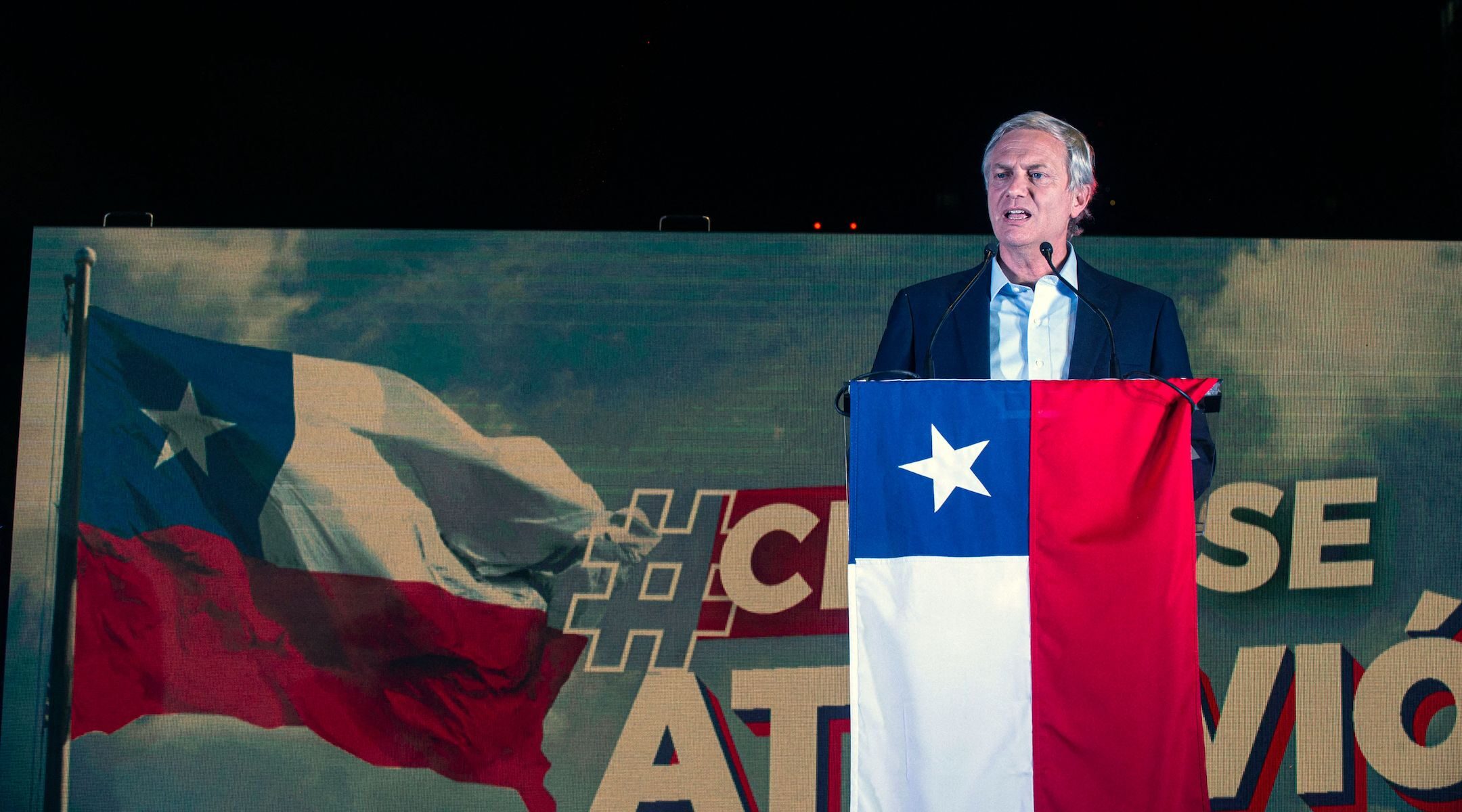 (JTA) — Sunday’s presidential primaries in Chile narrowed the race down to two polar opposite candidates: a Catholic far-right leader with nine children who has defended the iron-fisted rule of Augusto Pinochet, and a 35-year-old leftist leader who represents a years-long protest movement calling for a new Chilean constitution.

For many Chilean Jews, the choice is clear, if wildly divergent from the way Jews vote in the United States: Most are backing the right-wing candidate, José Antonio Kast, who heads into a Dec. 19 runoff with a slight lead over rival Gabriel Boric.

As in most other Latin American Jewish communities, with the exception of Argentina, the majority of Chilean Jews are staunch Zionists who stand behind more conservative leaders because of their perceived support of Israel.

And what has defined public life for Chile’s 18,000 or so Jews during the past two decades, according to several community members, is a strong anti-Israel discourse emanating from the left, which includes the country’s vocal 350,000-strong Palestinian community, the largest one outside of the Middle East.

“There is a feeling of siege,” Yonathan Nowogrodski, a 43-year-old engineer and decades-long community leader who identifies as center-left Zionist, told the Jewish Telegraphic Agency.

Since the Second Intifada in the late 1990s, the voice of pro-Israel activists on the left has been pushed aside by an increasingly well-organized Palestinian community, especially on university campuses, Nowogrodski said.

At the same time, the Chilean Jewish community has withdrawn from grassroots organizing and public confrontation. Jews in the capital city of Santiago live mostly in the Barrio Alto, a luxury enclave far away from the city center’s tenements, where the first Jews arrived at the beginning of the 20th century.

Increasingly Orthodox, they live in close proximity with each other and their synagogues. Younger Jews are seen as out of touch with the political and economic realities of a country shaken in recent years by social outrage led in the most part by student activists. They attend mostly private Jewish schools (mainly the Maimonides School and the Hebrew Institute) and only interact with non-Jews when they get to universities.

It is there, according to the executive president of the Jewish Community of Chile, Marcelo Isaacson, 55, that they crash head on with what he calls the antisemitism of the left: public installations depicting the wall separating the West Bank and Israel, calls for boycotting Israel, the use of the words “apartheid” and “genocide” to depict Israel’s treatment of Palestinians, and discussion of a Zionist conspiracy controlling Chile’s banks and media. 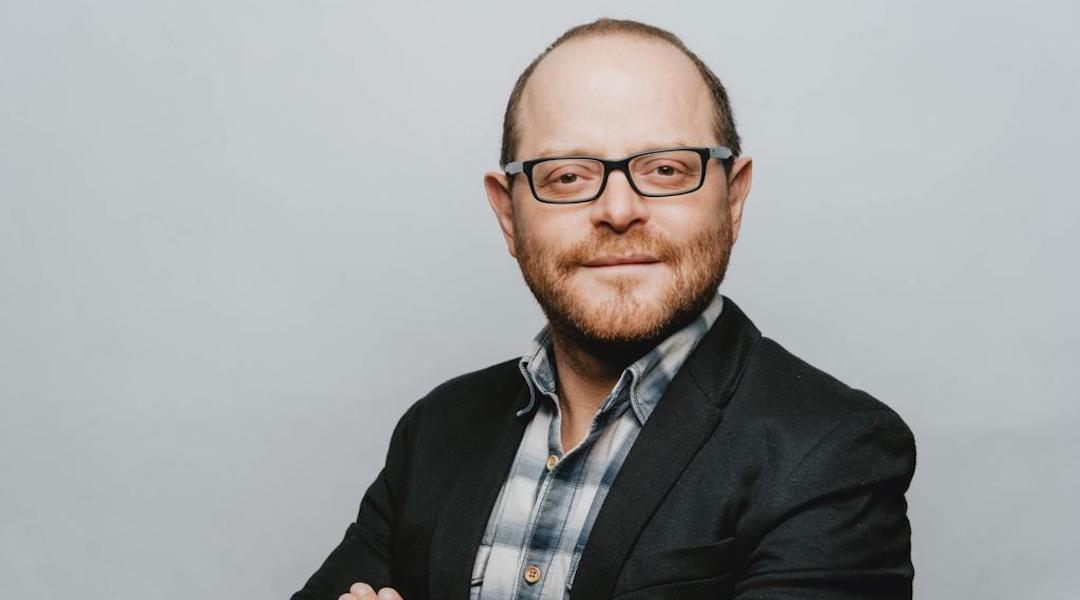 In fact, it was as a campus activist that one of the most popular political leaders of Chile’s left, Daniel Jadue, got his start. A Palestinian-Chilean who was, until June, running for president as the Communist Party’s candidate and is still the mayor of the Recoleta commune — a low-income municipality in the periphery of Santiago’s metropolis — Jadue was branded as an antisemite even by those interviewed who identified as leftists.

Although Jadue is no longer a leader in the left-wing coalition led by Boric, some believe he could earn a cabinet position if Boric prevails in December.

Juan Pablo Iglesias, 42, author of a children’s book (published in Spanish, English, Hebrew and Arabic) about a Palestinian and Jewish boy who establish a friendship through soccer, says that he is deeply conflicted with the prevalence of conspiracy theories about Zionist power among those in Jadue’s circle.

“Jadue has an explicit problem against the Jews, that’s no secret: He stated that the Zionist community is organizing everyone to vote against him,” Iglesias said.

In June, Jadue’s high school yearbook page circulated online. In it, his 1983 classmates wrote that the best gift they could give him was “a Jew to target.”

Descriptive paragraphs call him an “antisemite” and says he is destined to become “Chief of PLO [Palestinian Liberation Organization], to clean the city of Jews.”

Jadue has stated that he cannot be antisemitic because he is a “Semite” who comes from the Middle East and has a handful of Jews supporting him. Indeed, a small “Jews for Jadue” account has appeared on Instagram.

Not all Jews agree with the narrative about how antisemitism worries have driven Chile’s Jews rightward. Nico Riethmüller, a sociologist and director of the pluralist journal Diario Judio (Jewish Journal) who is seeking to establish what would be the only Reform community in Santiago, said the Chilean community is deeply conservative on a baseline level, antisemitism aside — especially when compared to Jews in Argentina or the United States.

“It is a muddled situation, motivated mainly by fear and confusion,” he said.

Like in the rest of Latin America, Jews have been present in Chile since the times of the Spanish colonies. They were persecuted under the Spanish Inquisition and forced to hide their Jewish identities.

Chile’s first public minyan was established in 1906 by Jews who migrated from the crumbling Ottoman Empire. The 1920s and 30s saw an influx of Jews from Europe, and the community is currently about 70% Ashkenazi and 30% Sephardic, according to Isaacson. 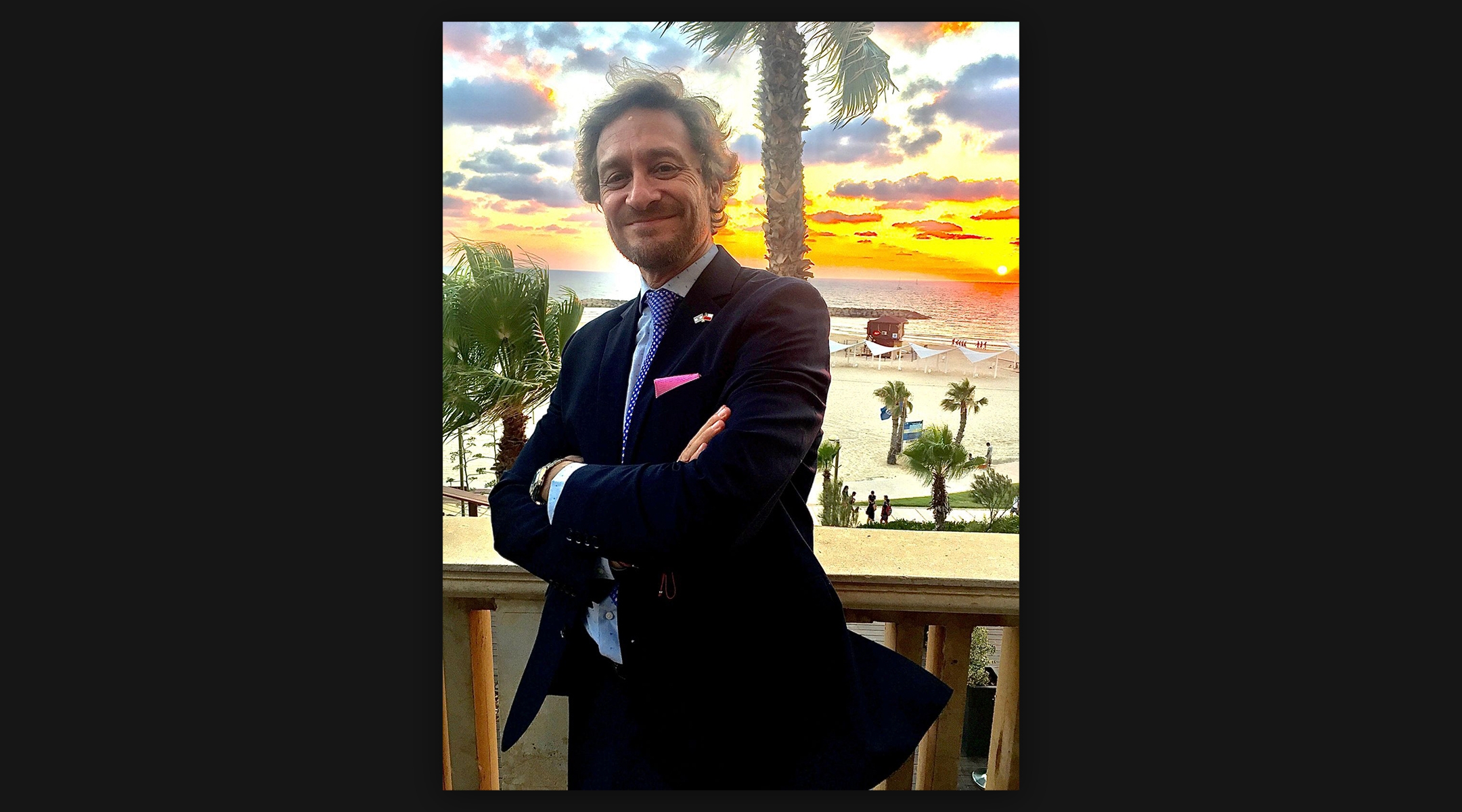 During Pinochet’s brutal rule in the 1970s and ’80s — during which thousands of Chileans, mostly leftists and critics of the regime, were killed or jailed — Jews were not specifically persecuted and even thrived institutionally. Southern parts of the country, however, have historically served as bastions of neo-Nazism; the popular writer, diplomat and white supremacist Miguel Serrano Fernandez is the most well-known figure.

Riethmüller argued that Chile’s Jews have shifted rightward over the course of several decades, in tandem with their economic rise and the influence “Pinochetism” left on society.

“[The leftist-Zionist movement] Hashomer Hatzair had 300 members in the ’70s, and not even 100 people in the ’90s,” he said. A local Masorti movement — similar to the the American Conservative movement — grew during that time and now acts like a “mafia,” Riethmüller said, controlling Jewish communal activities.

Nowogrodski disagrees with Riethmüller, citing what he calls the community’s growing openness on issues such as immigration, sexual diversity and abortion, issues that have been openly discussed in Riethmullers’ Jewish Journal.

For his part, Kast has tweeted against allowing adoption by same-sex couples, wants to build a physical barrier to stop migrants from crossing into Chile’s northern border and has praised family life over the “tragedy” of divorce.

“In this coming election, many Jews feel conflicted about the conservative social values espoused by Kast, but given a choice, they would rather have someone who is friendly to Israel as president,” Nowogrodski said.