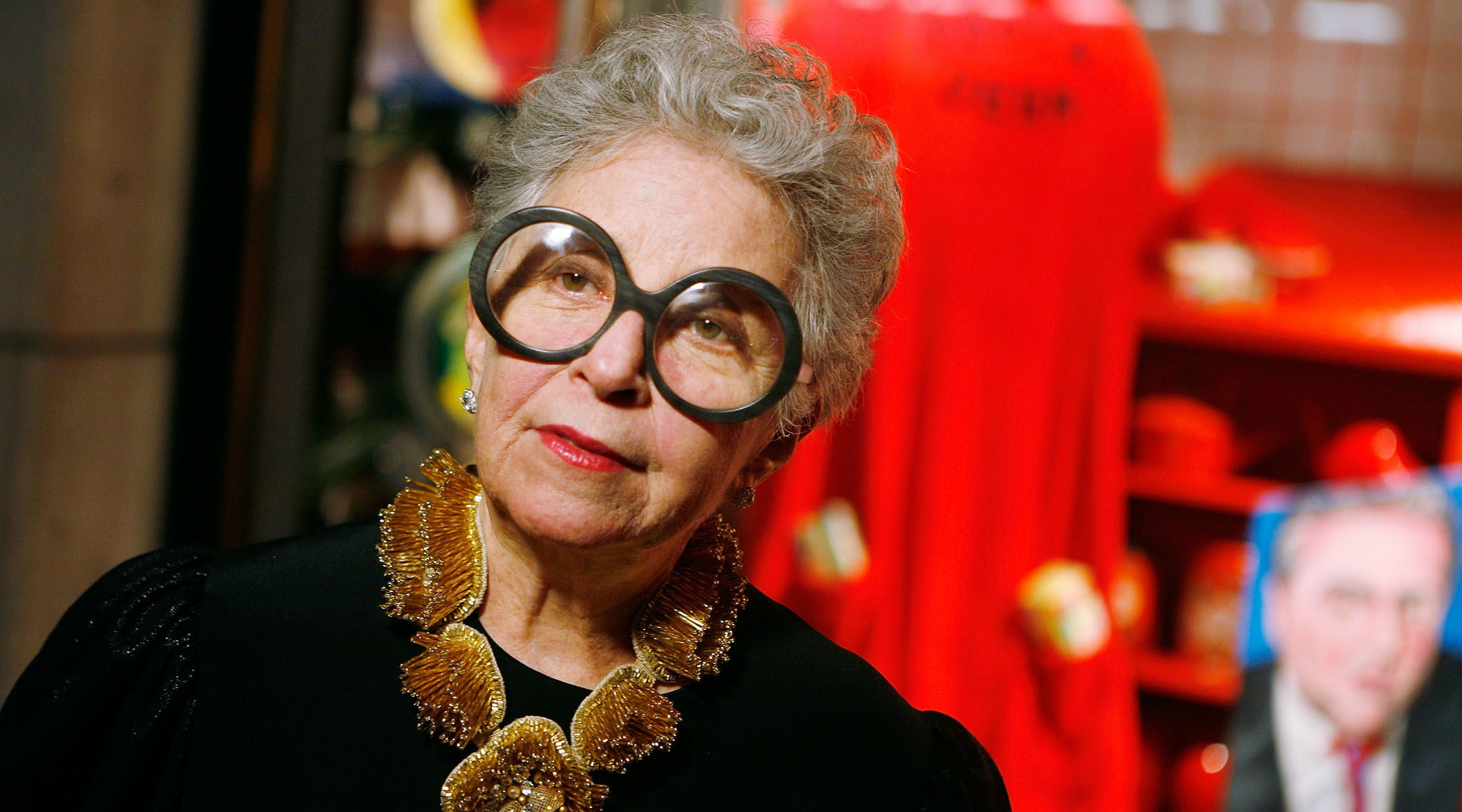 (New York Jewish Week via JTA) — Michael Douglas and Catherine Zeta-Jones. Oprah. Martha Stewart. Mariah Carey. All were clients of Sylvia Weinstock, a Jewish cake designer who rose from humble Brooklyn roots, started a luxury cake-baking business at age 50 and became known across the globe as the “Queen of Cakes.”

Weinstock died on Monday, Nov. 22 at age 91, according to People magazine. A representative told the publication the famous designer died “peacefully in her home in Tribeca, surrounded by her loving family.”

Weinstock had been credited with revolutionizing the wedding cake industry, insisting the cakes taste as good as they look. Though she made cakes in shapes as varied as a Bentley automobile or Masada (“replete with an edible replica of the salty Dead Sea at its base,” according to the Times of Israel), Weinstock became most famous for her realistic floral designs. “What made her work really stand out was her incredible attention to detail,” reads the People obituary. “She learned to create her signature flowers by deconstructing real blooms, petal-by-petal, painstakingly reforming them in sugar dough by hand.”

It’s a remarkable journey for someone whose own Jewish wedding featured a store-bought honey cake. “We were poor, college kids,” Weinstock told The New York Times in 2019 about her 1949 wedding to Ben Weinstock. “We got married at a Jewish seminary in Manhattan in front of 20 people,” referring to the Jewish Theological Seminary. The couple was married for 69 years; Ben, an attorney, died in 2018 at the age of 93.

For many years, Weinstock, who grew up in a family she described as culturally Jewish, worked as an elementary school teacher and a homemaker, raising three daughters in Massapequa, on New York’s Long Island. After surviving breast cancer, she began to bake professionally, having honed her cake-baking skills during family ski trips to Hunter Mountain. (According to People, “as Ben would ski, Weinstock would stay behind and bake, testing out her recipes for the French chefs who worked on the mountain.”)

During her treatment and recovery — and with their children grown — Weinstock and Ben moved to Manhattan. With the encouragement of renowned chef William Goldberg, she launched Sylvia Weinstock Cakes in 1980; Ben sold his law practice to support her efforts. Until 2018, Weinstock operated a shop on Church Street in Tribeca. “One floor was used to greet people and where the flowers were made,” she told The Times. “Baking, icing and cake structure was done on the third floor. The elevator would take the cakes to the basement, which we turned into a walk-in refrigerator. I lived on the fourth and fifth floors.”

With her signature close-cropped white hair and oversized round glasses, Weinstock — who had been featured in countless lifestyle magazines — was occasionally mistaken for another senior Jewish style icon: textile designer Iris Apfel, 100. (“People have confused me with her, but I’m younger!” Weinstock quipped to the Times of Israel.)