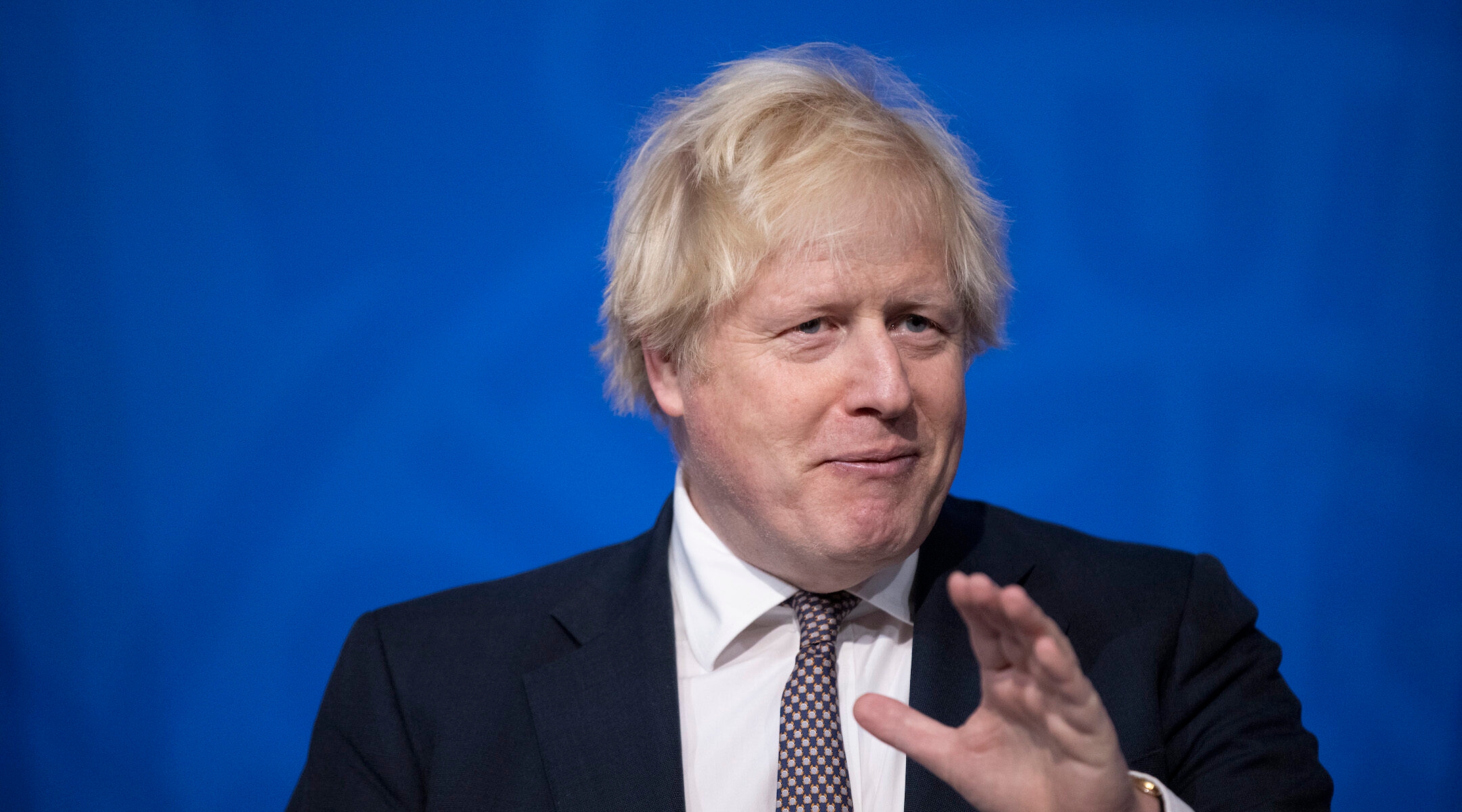 At a luncheon in London hosted by the Conservative Friends for Israel group, Johnson and Lapid received menorahs as gifts as a token of gratitude in the midst of the Hanukkah holiday, which began Sunday night.

After receiving his, Johnson waved it in the air like a trophy — sending pieces of the candle holders in all directions.

In a video published by the Jewish News of London, Johnson looked sheepish as the pieces were reassembled, while Lapid got a good laugh.

This was not Johnson’s first struggle with a Jewish religious object.

At a synagogue groundbreaking ceremony in 2011, Johnson, then the mayor of London, attempted to blow a shofar with little success as Rabbi Jonathan Sacks, then the chief rabbi of the United Kingdom, stood beside him and chuckled.

A video of the moment shows Johnson’s repeated attempts to blow the shofar and bewilderment when an onlooker tells him to try “on the side,” presumably referring to the side of his mouth but confusing Johnson as he looked in vain for another hole to blow into on he side of the shofar.