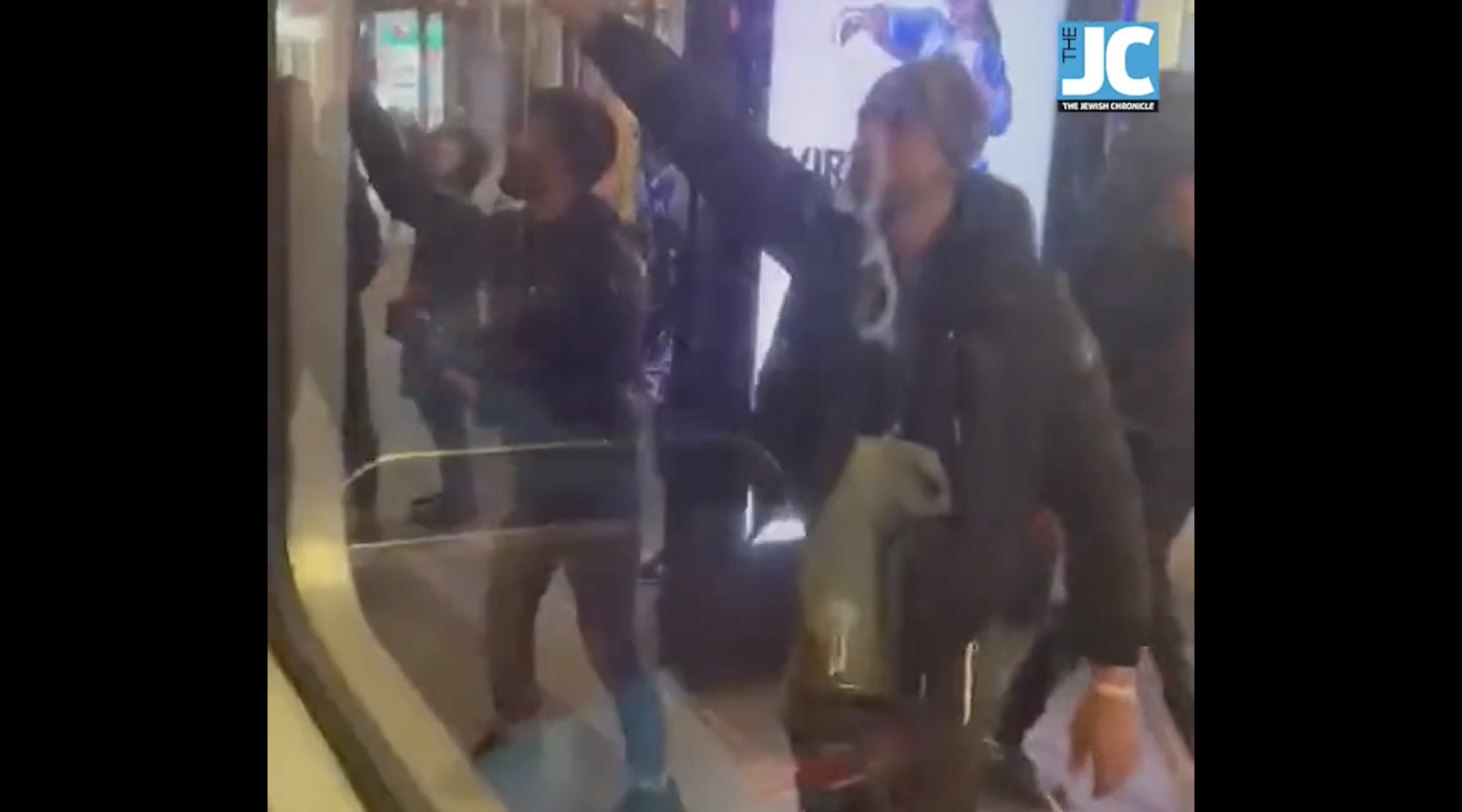 (JTA) — Jews celebrating Hanukkah in central London said they had to leave because of intimidation by men who shouted slogans about Palestine and pounded with their shoes on the windows of the Jews’ bus.

The incident happened on Oxford Street on Monday, the Jewish Chronicle of London reported. A video of the incident has gone viral on social media.

In the video, at least one of the alleged perpetrators performs what appears to be a Nazi salute directed at the bus.

The incident occurred when a group of young British Jews and Israelis from northwest London stopped on Oxford Street, a lively commercial thoroughfare to dance to Hanukkah songs they played on speakers, the Chronicle said. The activity was arranged by members of the Chabad movement, which organizes public celebrations of Hanukkah around the world each year.

Several young men began dancing alongside them mockingly, an unnamed witness told the Chronicle. The video starts after the Jews had returned to the bus; the men can be seen pounding on the windows with their hands and shoes while shouting “Free Palestine,” spitting on the bus and flipping their middle fingers at the passengers as the bus drives away.

The president of the Board of Deputies of British Jews, Marie van der Zyl, condemned the incident, describing it in a statement as the targeting “by antisemites” of Jewish youths.

“We are appalled by the horrifying footage of Jewish people targeted on Oxford Street,” van der Zyl said in a statement. “We note that besides attempts to spit at them, at least one of the perpetrators appears to be performing a Nazi salute. We hope the police will swiftly identify and arrest those involved in this disgusting incident.”

Police are reviewing the footage, the Chronicle wrote.

In the first half of 2021, Community Security Trust, a British antisemitism watchdog group, recorded the highest-ever number of antisemitic incidents in any six-month period since it began monitoring the issue in the 1980s. The tally for January-June in 2021 was 1,308 incidents, compared to 875 in the corresponding period the previous year. The total for 2020 was 1,668 incidents.

The spike in incidents was partially connected to the exchange of fire between Hamas and Israel in May, the group said. More than 600 of the 1,308 incidents recorded in the first half of 2021 occurred in May.