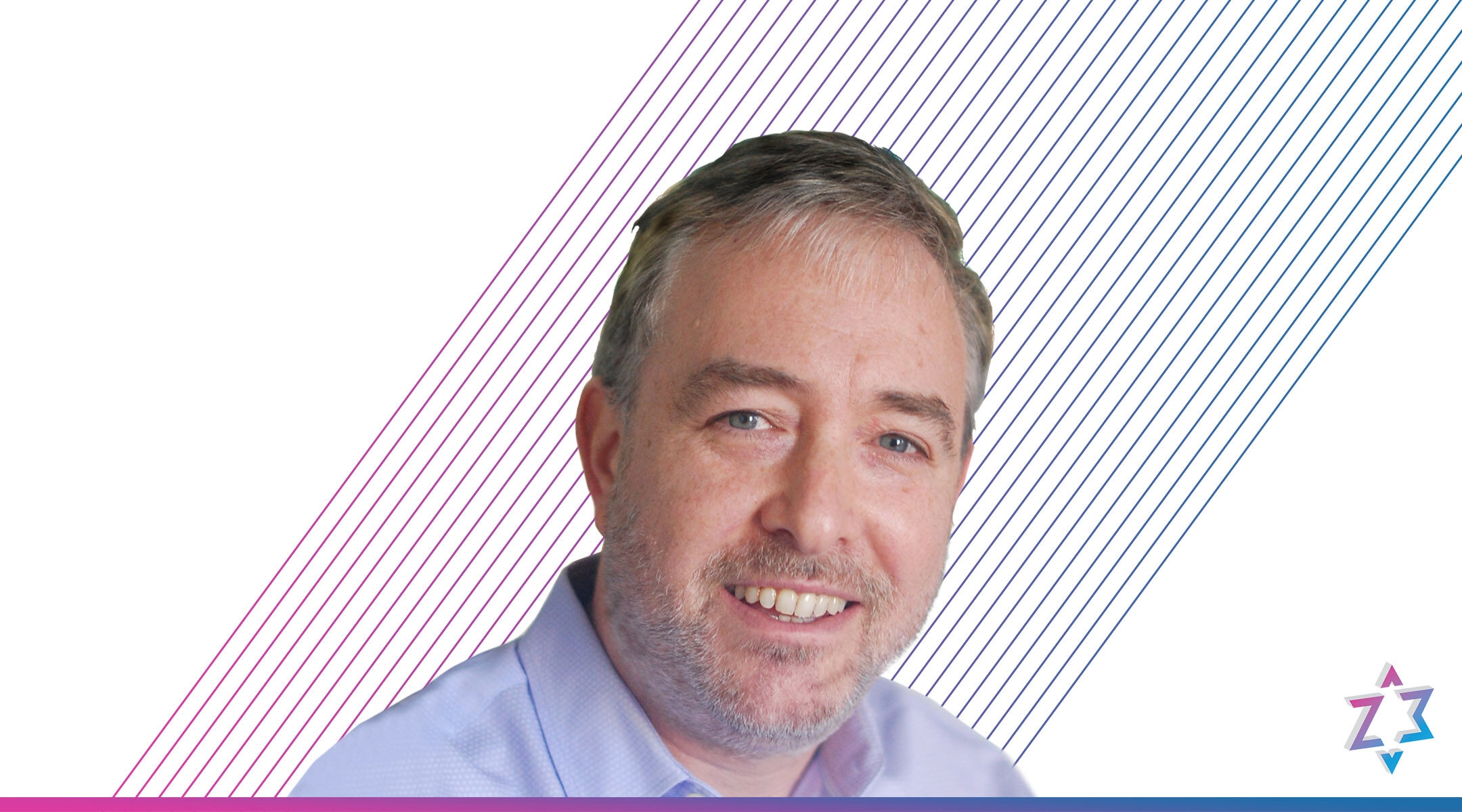 Andrés Spokoiny is president and CEO of the Jewish Funders Network during unsettling times in both the Jewish and philanthropic worlds. The rise in antisemitism makes it difficult to determine where exactly donations are needed—to fight antisemitism or to bolster Jewish identity? And with the COVID-induced downturn in charitable giving, Jewish organizations are going to have to choose wisely on how to spend less.

But Spokoiny, who was born in Argentina, is used to handling change. He’s done it most of his career. When he was the Joint Distribution Committee’s regional director for Northeast Europe, he helped rebuild Jewish communities in Poland and the Baltic states after the fall of the Soviet Union—challenging times to say the least.

Today, he has definite ideas on where funders’ priorities should lie both in the diaspora and in Israel. I asked about some of those priorities and how to also bridge the Israel-diaspora divide.

You’ve written about the financial impact of COVID on the funding world. In this new world, what should be our funding priorities?

You won’t have a single answer to that. One of the hallmarks of the philanthropic community today is it’s very atomized. It’s very fragmented. We joke at JFN that we have 2,500 members and 2,500 interests. So I tell you what I think, in my view, should be the focus of the philanthropic community. There should be an emphasis on Jewish content and meaning. The pandemic is going to shine a light on questions of meaning. And this is something that we don’t do in the Jewish community. We invest more in frameworks of identity and not necessarily in content.

And two more things are going to be important. One is Jewish poverty. In the pandemic, we realize that a lot of Jews are extremely vulnerable. We tend to believe that it was all taken care of, and it is not. And last but not least, I think that there’s going to be a focus on specific social issues in Israel. We’re going to really abandon the notion of giving money “to Israel.” What we’re going to be seeing are partnerships with Israeli funders and with the Israeli government to address specific issues in Israel.

We’re seeing some Jewish communities come together, especially young people on college campuses, because they’re really feeling the pressure of antisemitism. Is this an opportunity to talk about funding for younger Jews?

I think that would be a mistake. Jews have to be Jews not because of antisemitism. They need to have positive reasons for being Jewish. External hatred is a poor fuel, like lighting a fireplace with paper. It doesn’t hold. Why would you fight antisemitism if you don’t care about being Jewish? Why would you defend Israel if you don’t see the Jewish connection with Israel if it doesn’t mean anything to you? Yes, it’s going to be a minority that is going to be galvanized by it and step up, but the majority is not going to be engaged. To rely on antisemitism to build Jewish identity is a huge mistake. I think that people need to have a strong Jewish identity, or they won’t care.

So what form should that funding of Jewish identity and Jewish education take?

First of all, make it affordable for anybody who wants to have a decent and thorough Jewish education. Invest in making it accessible, affordable, and of high quality. With all due respect for Hebrew school, it turns people off today. Make it particularly meaningful and engaging, but beef up the content in, for example, summer camps.

This also needs to happen for community leaders, who must be Jewishly literate. Leadership needs to study, to learn, to put content into Jewish identity. By the way, identity is a byproduct;  it’s not your goal. You can’t teach somebody Jewish identity. But if they practice Jewish rituals, if they have Jewish friends, if they know Jewish history, if they consume and produce Jewish culture, then they will have a strong Jewish identity.

This conference is about Israel-Diaspora relations. There are polls that indicate younger Jews do not feel a strong connection with Israel. Is there room for them in Jewish communal life?

That is the fault of the community, who did not do the right things in generating that attachment and that engagement. Now, mind you, for me, critical engagement with Israel is engagement and invaluable and desirable. In other words, if somebody says, “I believe in Israel, and I also hate what the government is doing,” but they engage with it—they say, “I want to change it from the inside”—I embrace those people. But they need to see that Israel is part of them. It’s part of their community, even if it’s the uncle with whom you always fight.

By the way, when you say American Jews are disengaged from Israel, it’s not true. That’s not what the surveys are saying. What the surveys are saying is that 85 percent of Jews say that Israel is very important for their Jewish identity. What they don’t agree on is every policy of Israel. But that’s healthy. That’s actually good news. It means that the attachment with Israel is not contingent upon how the government behaves.”

What is the role of philanthropy in changing the status quo? In getting people more engaged?

Philanthropy needs to move from Israel advocacy to Israel engagement. Israel advocacy doesn’t always work. Israel engagement works. And engagement doesn’t mean uncritical support; it means being critically engaged. You know, for example, things that expose people to the complexity of Israel works. People come back from those trips, from those programs, more committed and more engaged. So when philanthropic dollars are invested in creating talking points and force-feeding them to young people, that never works. It’s just you’re wasting your money. People want to engage on their own terms.

What do you think is the biggest area of misunderstanding between Israel and the Diaspora?

The biggest question is not a lack of understanding. The biggest problem is one of apathy. It’s not that Israeli Jews don’t understand American Jews. It’s that they don’t care. And I think that’s the main issue here—how to make people understand that they need to care, that it’s important for them to care, that it’s part of who they are. I think the misunderstandings are not that big. Creating a notion of a shared destiny—I think that’s important, and that is what’s missing. That’s where the apathy comes from. When you realize that we are part of the same historical adventure, then you get to good places.