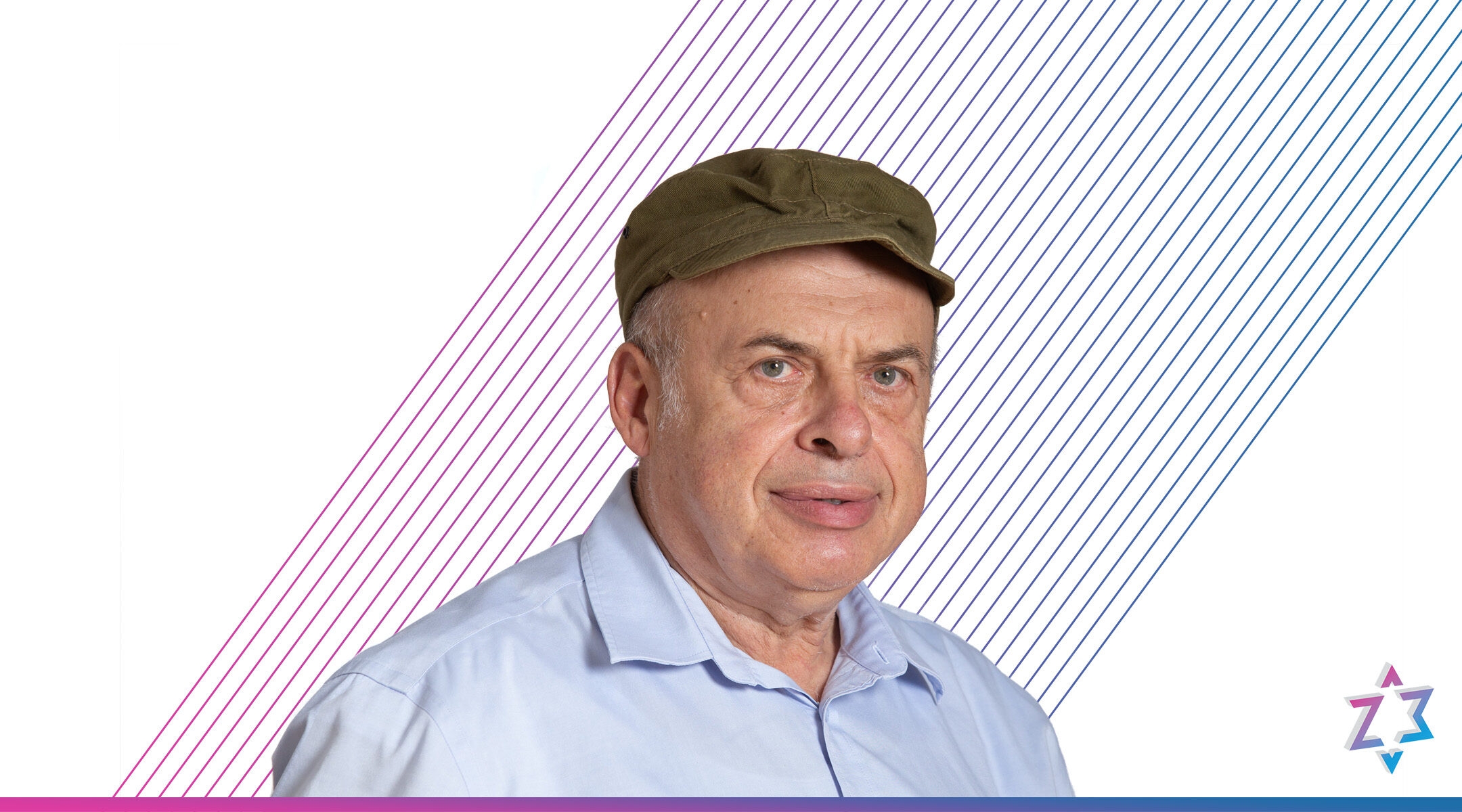 To say that Natan Sharansky has experience with antisemitism disguised as anti-Zionism would be an extreme understatement. As a former Soviet “Prisoner of Zion,” he spent years under torturous conditions in the gulag. He knew that when Soviet leaders began to talk about Zionism, all Jews, Zionist or not, were in trouble. When he was finally released and immigrated to Israel, he was surprised to notice the same phenomenon. That’s when he came up with his “3D test” of antisemitism. They are:

In this interview, we discussed this dilemma, along with other areas where Israel and the diaspora meet.

Let’s talk first about some of the similarities between your past life in the Soviet Union and today. A great deal of anti-Zionist rhetoric is really antisemitic. Is this the same sort of coded message that you received back in your Soviet days?

I think now it is much worse. In the Soviet Union, it wasn’t a coded message – it was clear to everybody. If the Soviet Union was speaking against Israel, against Zionism, then the Jews were in trouble, even though the Jews had no idea what Zionist meant. Officially, of course, there was no antisemitism, but every book on Zionism was a collection of old accusations against Jews, Rothschilds, Jewish cosmopolitanism and all the cliches of classical antisemitism. Even then, it was more comfortable to mask antisemitism with anti-Zionist rhetoric.

Here in the free world, some 20 years ago, I was surprised to find this antisemitism. That was when I proposed my 3D Principles—to make clear that there are moments when anti-Zionist rhetoric turns antisemitic. I had to do it because I saw that our partners in the free world were always very suspicious that we were calling it antisemitism in order to stop legitimate criticism of Israel. And I have to say, 20 years later, the situation is worse. This connection between anti-Zionism and anti-Semitism reached new heights with the embarrassment of some Jews to use the word antisemitism because they did not want to be suspected of being in sympathy with the policies of the government of Israel.

That is, I think, one of the biggest challenges. But in this atmosphere of “wokeness,” attempts to accuse Israel as a privileged colonial racist apartheid project, people are afraid to call it antisemitism.

In particular, young university students are under a lot of pressure from anti-Zionists. How do you fight this at the college level?

Well, first of all, that’s one of the reasons we struggle to recognize definitions. I proposed the 3Ds, and then came the international definition of antisemitism, which includes all the 3Ds. But some Jewish organizations are saying, “No, we cannot support that definition, which can be used in attempts to restrict criticism of Israel.” Practically all the major countries have accepted it, but to me, it is very important that Jews agree about it. So that’s why I say that it will help to have a real, clear definition, which will also help the younger generation, which doesn’t have that experience of the past.

Second, there is no replacement for a connection to Israel. In response to this danger of what started happening in the universities, I proposed sending Israeli fellows onto campuses. They can be left-wing Israelis who are very critical of Israel, or anyone else —they must simply experience, firsthand, what is really happening in Israel and what kind of unique society it represents in the Middle East. The aim of these programs is not to show “our enemies” that we’re not so bad, but to Jews that they have no reason to be ashamed of their connection to the Jewish people and to Israel.

Do you think the average Israeli understands the pressure that many Jews in the diaspora are under in terms of antisemitism?

Those who are interested definitely understand. But having said that, Israelis are deeply preoccupied by their own country’s challenges, which are being successfully met.  When people compare the expectations that Israeli Jews have about their future, with those of American Jews, their optimism is much deeper. Israelis feel they are somehow more actively involved in Israeli Jewish life, which is why there are limits to their sympathy against antisemitism outside of Israel. When they hear “We have such problems because of you,” their reaction is rather negative.

BDS (Boycott, Divestment, and Sanctions against Israel) is something that reminds Israelis to what extent this situation is also about them. But even BDS isn’t actually damaging the Israeli economy. It is very damaging in trying to disconnect the young generation of Jews from Israel. And, yes, Israel is concerned. But not as concerned as the leaders of the American Jewish community.

There’s an internal debate now that’s dividing American Jewry, and that is the question of whether the left or the right is more antisemitic. Do you think there is a bigger threat coming from one or the other side?

This is a very dangerous debate. Because, at this moment, we must clearly have zero tolerance for antisemitism. Of course, we have to start from our own camp. And that’s what I’m saying. All liberal Jews: you have to fight extremism on the campuses. To Jews in the Republican Party: you have to first fight antisemitism among the supporters of Trump and antisemitism on the right. Unfortunately, we’re seeing almost the opposite, which can have no impact against anti semitism. So, our current challenge is how people will start fighting it in their own camps.

You’ve met just about every US president since you were released from the Soviet Union. How do you rank President Biden? Is he somebody who understands these issues?

He has an excellent record of understanding and sympathizing. I recently had a meeting with Secretary of State Blinken. And there was not a lot of disagreement. It is easy to talk to this administration. The problem is whether it has enough influence. As I just said, everybody has to fight antisemitism in his own camp. So, I was very disappointed when, after Charlottesville, President Trump should have been the first to condemn the crowd shouting, “Jews will not replace us.” But it’s the same for the Biden administration—to fight so-called progressive antisemitism as well. That’s a big question.

What are you going to speak about at the Z3 Project conference? What are the biggest areas of misunderstanding or challenges between Israel and the diaspora?

The two big areas are the lack of understanding of the unique challenges that Israel, as a democratic state, has in fighting terrorism. That’s why, when our enemies accuse us of killing thousands of Palestinians because we are bloodthirsty, we can ridicule it. But when some American Jewish spiritual leaders or rabbis say, “You are losing us because, in response to killing three Jewish boys, you killed 2,000 Palestinians,” nobody from the left or right in Israel can even understand how Jewish activists can even say such a thing. It’s so far from our reality.

The other problem is that Israeli society is only beginning to understand that non-Orthodox Judaism is not something against Jews.  It is not an abandonment of the Jewish people. It is the way Jewish people are surviving today in the diaspora.

If you thought for a moment that I’m a pessimist, no, I’m a big optimist. Because of my past, I’m optimistic—because I live in Israel, and Israel is a very optimistic society. As a former prisoner of Zion and as a citizen of Israel today, and as one who knows the power of the Jewish people and their solidarity, I’m a very optimistic person.